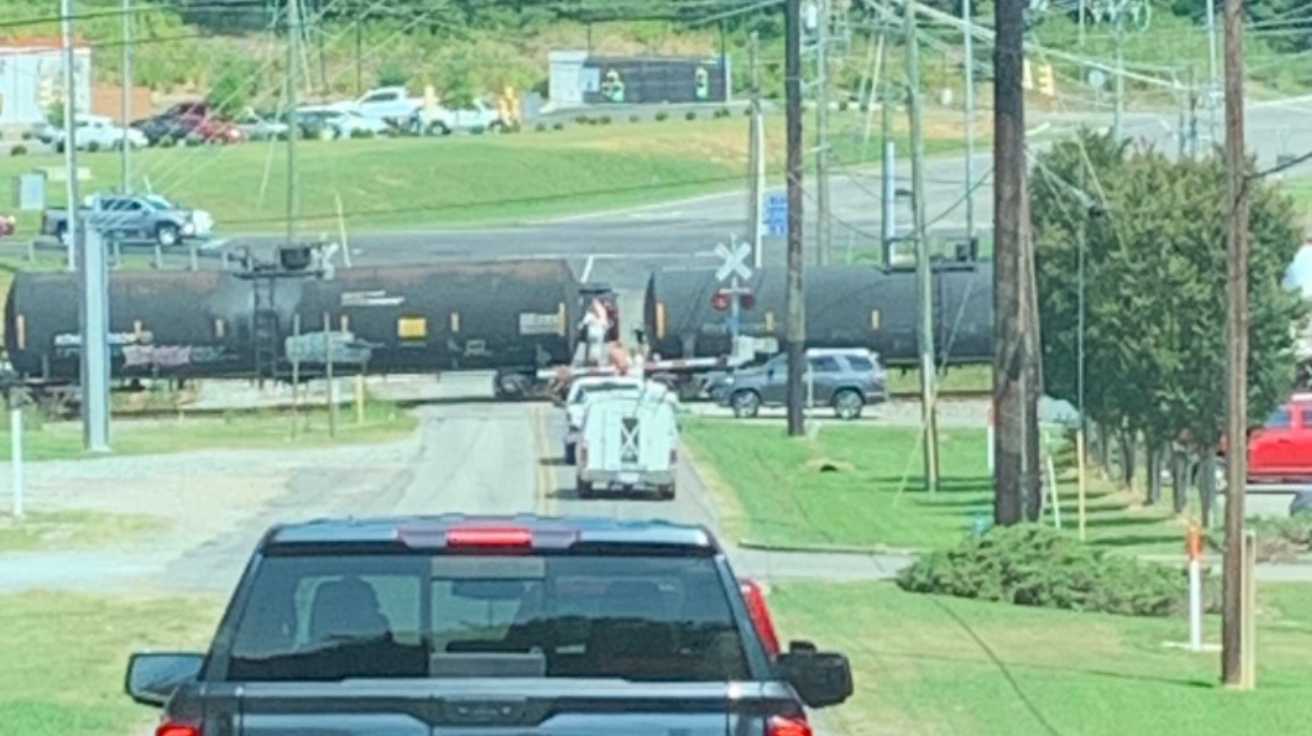 Residents also reported seeing people climbing over the train at Camp Coleman Road and getting in waiting vehicles on the other side. (Photo courtesy of Tyler Lawley)

UPDATE: The Trussville Police Department reports that the train has been reconnected at Bethune Parkway.

“The train is hoping to be moved in the next 10 to 15 minutes,” Lieutenant Clint Riner stated.

TRUSSVILLE — A Norfolk Southern train has reportedly broken down this morning and has caused some delays. 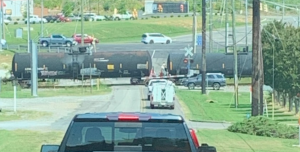 According to the Trussville Police Department (TPD), Lieutenant Clint Riner said three intersections, two Stockton crossings and Camp Coleman Road, were reportedly blocked. Norfolk Southern has broken the train in half at Bethune Parkway crossings, and an alternate route has been opened for Camp Coleman Road.

“Off Camp Coleman Road, the chicken plant has opened their back gate,” Riner said. “The train was broken at Stockton, so there’s access for all three intersections.”

Riner said that Norfolk Southen did not have a timeline for when the train would be moved.

Representative Danny Garrett filed a bill on January 13, 2022, stating that it “would provide that, except for trains stopped due to mechanical failure where separation or movement is not possible, and except for trains stopped as required by federal law, any train that has come to a complete stop and is blocking a railroad-highway grade crossing shall be cut, separated, or moved to clear the crossing upon the approach of any authorized emergency vehicle.”

The bill passed the house with a 95 to 1 vote, but it did not make it out of the Senate.

“It passed the House, which meant that it went to the Senate, but it never came out of the committee and Senate,” Garrett said. “It died, and now we’ll have to start over next session.”

The Trussville Tribune has reached out to Norfolk Southern but has not received a comment or any additional information at the time of publication.