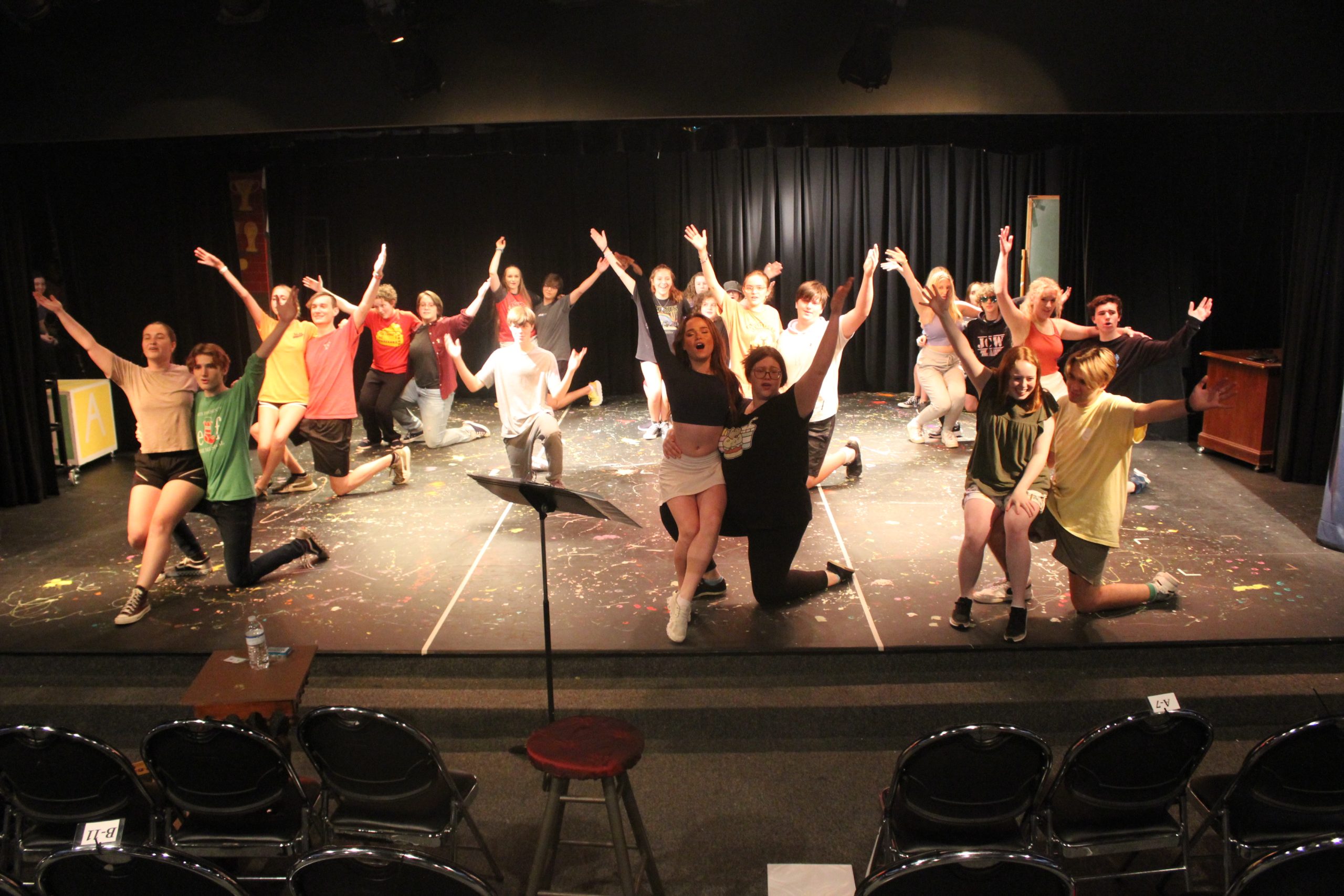 The cast practicing for the show. (Photo by Hannah Curran) 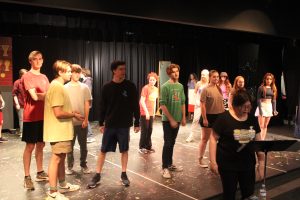 Victoria Boyce runs threw one for the numbers with the cast. (Photo by Hannah Curran)

Victoria Boyce, director and choreographer of High School Musical, with the help of assistant director Jon McClaran is choosing not to stick to the status quo. Instead, they are putting a few spins on the already head-bopping original.

Boyce explained that she performed in High School Musical at the Leeds Arts Council as a child and wanted to bring those experiences back to Leeds.

“I floated the idea by some of the kids we have that are regulars, and they seem very enthused,” Boyce said. “With the resurgence of High School Musical through that series on Disney Plus, it’s made a big comeback recently, and it just felt right.”

The resurgence of High School Musical as a television series not only impacts the people who grew up with the original movies but also brings the musical back to life with kids who watch the series today.

“I really think it’s gonna touch people who are my generation who grew up with it, and also reached the newer generation who’s kind of come into it through that series,” Boyce said. “So I just think that’s going to bring people together, and it’s going to have a common ground for the different generations to have something to talk about.”

The casting for the show was intense because teens and adults from all over the Trussville Tribune coverage area wanted to part in this iconic musical. Some roles, such as Sharpay Evans and Gabriella Montez, were double cast because the talent was unbelievably good.

“These kids are really talented,” McClaran said. “We want them to bring their own musicianship, which adds its own unique spin to this play. I think that’s going to be a huge advantage for us to help make this play distinctive from some of the others.”

McClaran explained that the Leeds Art Council is an “intimate theater.” So, a big production like High School Musical brings in the big local talent.

“The cast is extremely full of energy, and it’s right there in front of you,” McClaran said. “I think that’s going to be something that people really enjoy. It will just wash over them in a big way.” 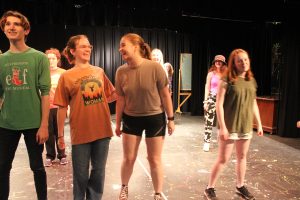 Each cast member is making their character their own. For example, Heather Duncan playing Ms. Darbus said that her character speaks to her soul.

“She is me. I am a starburst, and I was born to play this,” Duncan said. “So I am so excited to be a part of it, and these kids are amazing.”

Myers said that being co-leads doesn’t take away from the experience; it only adds to it because you have someone going through the same thing as you.

“So this is really exciting for me, my co-partner, Lauren Kilgore; we’ve been best friends in theater for such a long time,” Myers said. “It means a lot to me for us to be co-leads together.”

This is Kilgore’s last performance before she heads off to college, and she said she couldn’t pick a better send-off.

“Just being able to play a dream role it’s indescribable because I grew up on High School Musical,” Kilgore said. “It was one of my favorite movie series, and just being with such a group of talented kids. I think we do the movie justice but also better.”

Heartthrob, Troy Bolton, is played by Anthony Cucinotta, who said the chance to step out of his comfort zone, to be this other person, and entertain people is the fun part of the show.

“If someone has something going on in their lives, and they just want to come here to have a good time, I get to be that source of good energy and a good time for people,” Cucinotta said. “Take their mind off things for a couple of hours, and that’s something that means a lot to me; I like doing that, seeing other people happy.”

You can’t have High School Musical without the sassy, head-turning Sharpay Evans. Her character was also double cast to Janie Spratley and Kathryn Schmidt, and both of these talented women are taking in all the sparkles and pink to bring out this legendary character.

Spratley explained that Sparpay has a lot of different “masks” that she puts on.

“She’s kind of just a normal teenage girl like I am, but in front of everyone else, she puts on this fake voice, and she’s like, ‘Oh, hi, everyone. I’m the star,'” Spratley said. “So you have to bring out some egotism. Just a little bit. Bring out the confidence.”

While preparing for Sharpay, Spratley said her own confidence is growing. 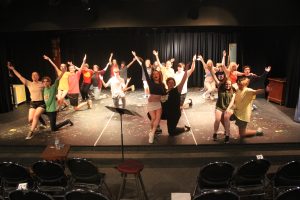 The cast practicing for the show. (Photo by Hannah Curran)

“She’s helping me with my confidence,” Spratley said. “You gotta throw yourself out there really, honestly, to get into character.”

Schmidt said that playing Sharpay is a rewarding experience and allows her to provide a perspective of what it was like to be a high schooler in the early 2000s.

“You were expected to play a part, very similar to like how we’re playing a part in the show,” Schmidt said. “This is an opportunity for us to tell people that you can be anything you want to be, regardless of what group you think you’re supposed to be a part of.”

Don’t expect to sit in the audience and not feel like you’re a part of the show because Myers said when you’re just sitting in the audience; you’re not just an audience member.

“The cast is breaking the third wall in theater to make you feel like you’re in High School Musical and not just someone watching it from the outside.,” Myers said.

So, it’s time to get your head in the game and head over to lac.booktix.com to order your tickets because seats are selling fast for this unforgettable performance.