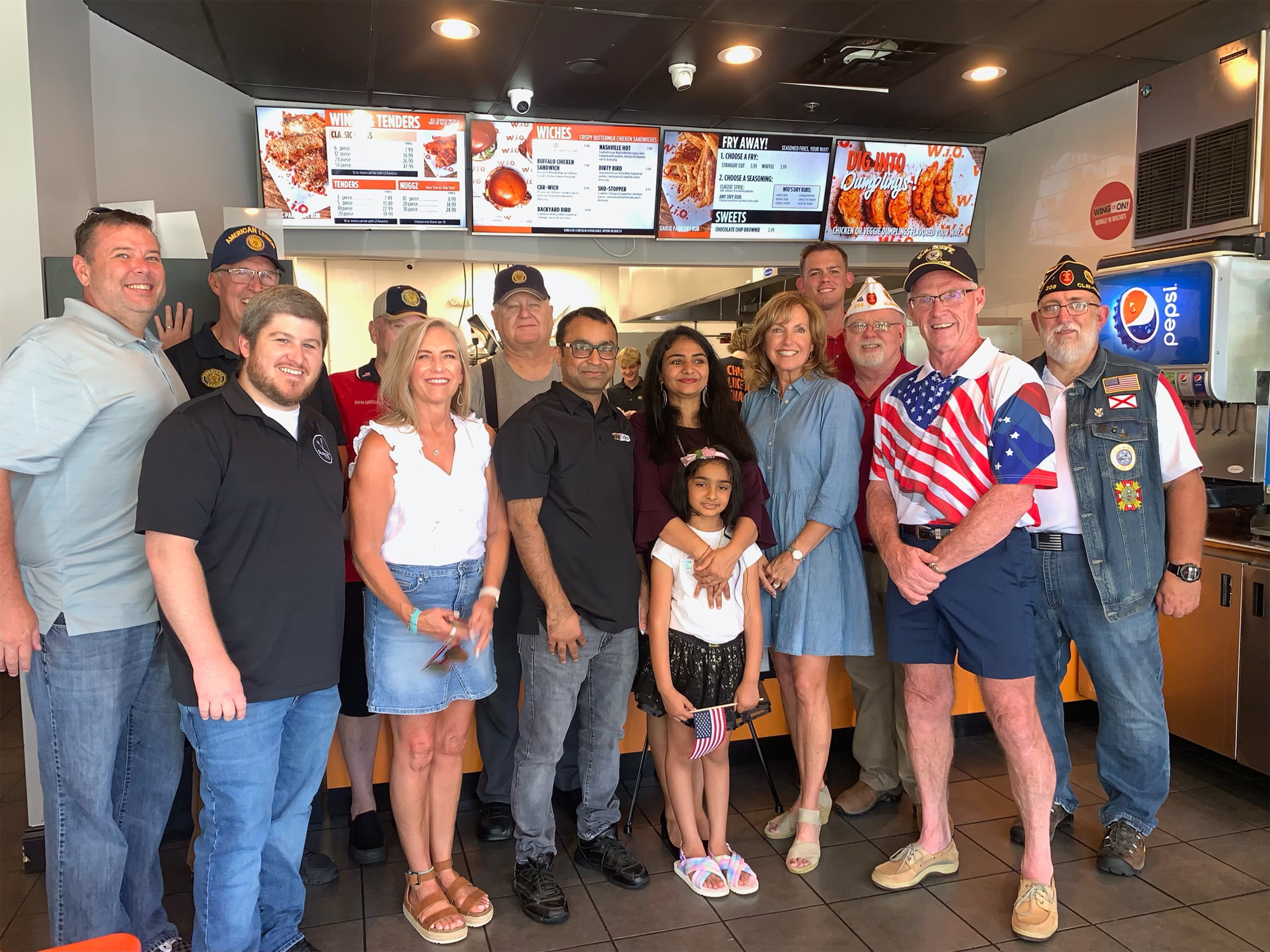 TRUSSVILLE — Tomorrow, America celebrates its birthday, and it’s only fitting that a day before America’s birth, members of the Trussville Veterans Committee, American Legion Post 205, and City Leadership were present when local business owners Jayraj & Zinkal Patel committed to donating $50,000 to the Alabama Fallen Warrior Project and other veteran causes. 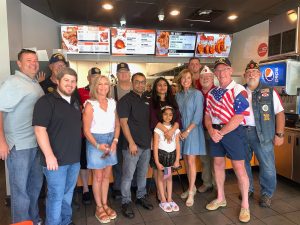 The Patels, who immigrated to the United States from India in 2010, are the owners of Wing it On in the Publix Shopping Center and Beau Lash & Brow Spa on Trussville Crossings Parkway.

Today, in the dining room of the Trussville Wing it On, the Patels presented their first check, in the amount of $15,000, to the Alabama Fallen Warrior Project. Jayraj initially met the Trussville Veterans Committee members at a Trussville Area Chamber of Commerce lunch, where he heard about the Wreaths Across America program and knew he wanted to donate to the cause.

Through continued conversations with members of the Trussville Veterans Committee, the Patels knew they wanted to give back in a big way and decided to give big to the Alabama Fallen Warriors Project that is currently underway in the town they live, work, and play in.

Trussville City Council member Ben Short stated, “The City is proud to be the home of The Alabama Fallen Warriors Project, and we are grateful to the Patel family for their support of this project and for choosing Trussville to live, work, and play.”

If you’re interested in learning more or donating to this project, visit http://alabamafallenwarriorsproject.org.