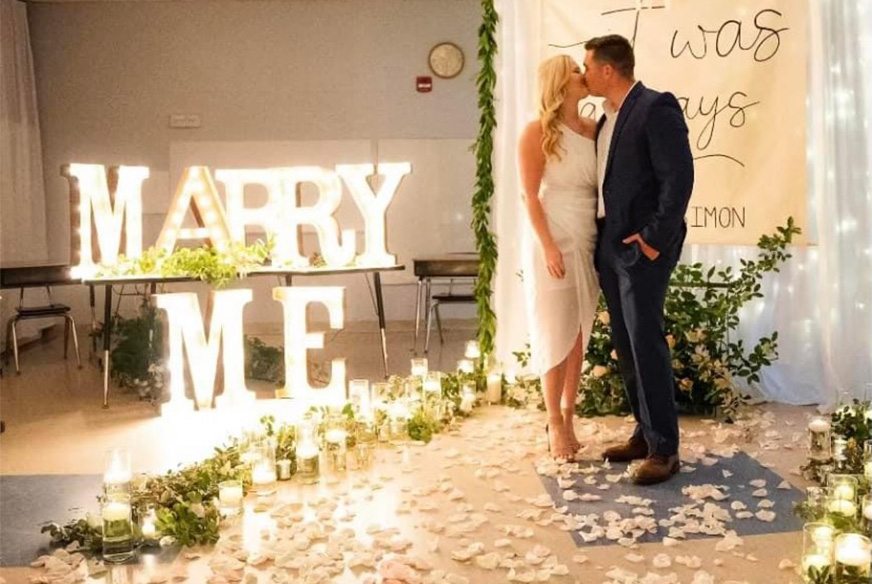 Pinson couple gets engaged in classroom where they first met

PINSON — Many young girls dream of love at first sight, like Cinderella and Prince Charming, and for Peyton Wynn, that’s exactly what happened in a 5th-grade classroom 10 years ago. 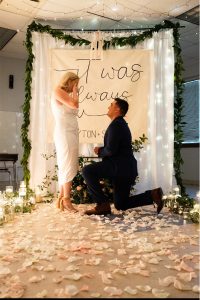 Peyton Wynn couldn’t hold back her tears when Simon Jenkins proposed to her in their 5th-grade classroom. (Photo courtesy of Peyton Wynn and Fenn David)

Peyton Wynn and Simon Jenkins met in Patti Hathorn’s class at Johnson Elementary School when they were just 11 years old and what started as a childhood friendship soon developed into something so much more.

“We were kind of just like best friends, and then, I would say probably fall of our 6th-grade year was when we first started going around each other more,” Wynn said.

Jenkins said he’s known from a young age that Wynn was the girl for him. He knew when they first met that there was something about Wynn.

The couple grew up together and have watched each other grow into the young adults they are today, but the stars aligned in one 5th grade class. Jenkins said that it started to hit him in the 8th grade that Wynn was the one he wanted to spend the rest of his life with, and Wynn couldn’t agree more.

“There was just something special about him,” Wynn said. “I just knew there was something about him.”

They both knew they had a lot of growing up to do, but as the years went by, they stayed by each other even after graduating from Pinson Valley High School in 2019. Now Wynn is a graduate of dental hygiene school, and Jenkins will soon enter the Air Force.

When the couples 10 year anniversary started to near on the calendar, Jenkins knew it was time to pop the biggest question in their relationship.

He started planning, and with the help of his event-planner mom, they set in motion the biggest surprise of Wynn’s life. The couple had always talked and joked about getting married, and Jenkins wanted to make it perfect for Wynn.

It was a major factor to keep it a secret from Wynn because he knew she loved surprises, and Jenkins’ mom helped figure it out. Finally, Jenkins decided what better way to start the next chapter of their life than to take it back to where it all began in one 5th grade class.

On the night of their 10 year anniversary, the couple got dressed for their date, but on the way out, a phone call from Jenkin’s mom brought them to the elementary school.

“She told me originally that I was going go help her do an event at school,” Wynn said. “I had a board exam for dental hygiene, so I couldn’t be there, but she was like, ‘Okay, well, could your mom help me?’ So my mom went that night, but I still had no idea because they made up a pretty good excuse.”

Jenkins’ mom wanted their opinion on something, so they were asked to stop by the school. 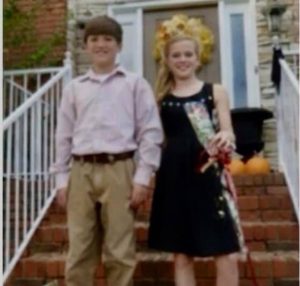 “She was like, just run in real quick. I have to get your opinion on something,” Wynn said. “So when we first walked in, you couldn’t really tell that anything was there, but then when you turn the corner to our old classroom, it had a sight that said ‘Welcome Back.'”

At that moment, Wynn knew, and she couldn’t hold back her tears. Inside the room was a beautiful set up of candles and flowers and a backdrop that said “It was always you” with the words “MARRY ME” lit up right next to it.

To capture the moment was a long-time friend and photographer, Fenn David.

“We’ve known him for a while,” Wynn said. “So he got to experience it and take all the photos, and it was just so beautiful.”

Wynn said she is still shocked that she gets to marry her best friend. She explained that people comment on how long they have stuck together through the good and the bad, but Wynn can’t imagine her life with anyone else.

The couple plans to have their wedding in the Fall of 2023, and to bring it full circle, they asked David to also capture their big day. 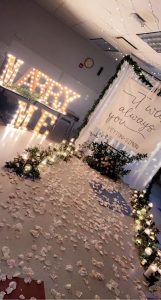 The room was decorated with candles, flowers, a back drop and the words “MARRY ME” lit up.(Photo courtesy of Peyton Wynn) 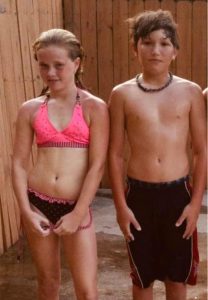 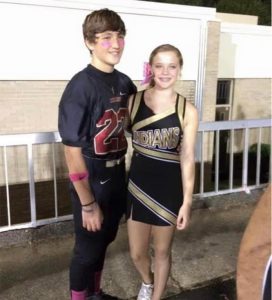 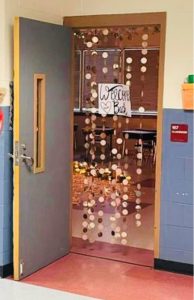 The door was decorated with a sign that said “Welcome Back.” (Photo courtesy of Peyton Wynn)

Peyton Wynn couldn’t hold back her tears when Simon Jenkins proposed to her in their 5th grade classroom. (Photo courtesy of Peyton Wynn and Fenn David) 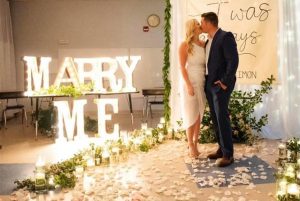 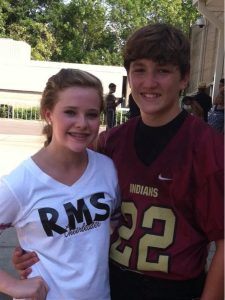