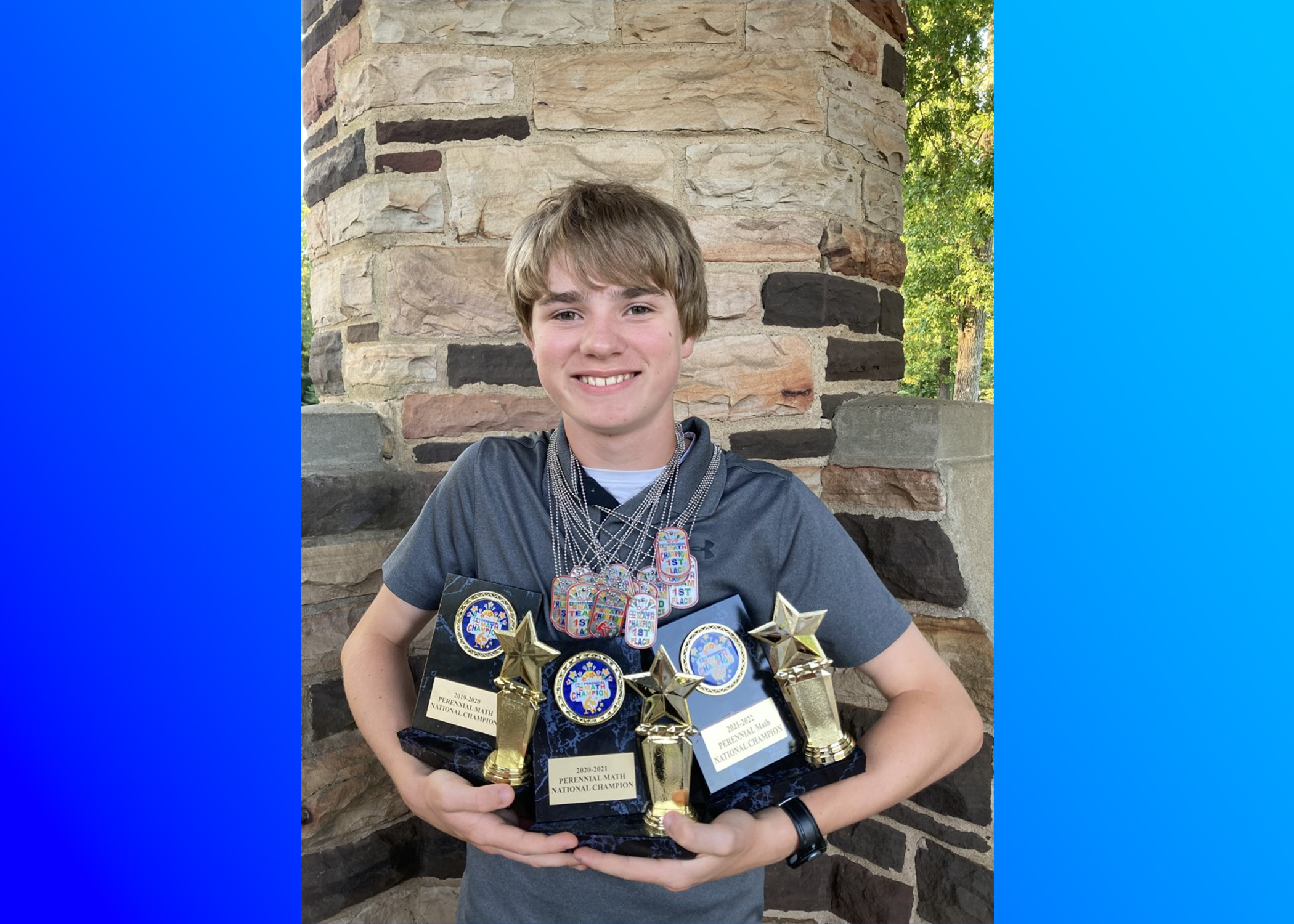 TRUSSVILLE — A Trussville youth is a three-time math national champion. 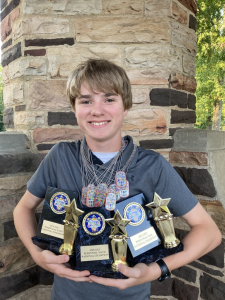 Ford Rotenberry is the 2022 Perennial Math National Champion after competing against 25 fellow 6th graders from across the United States.

Students from middle schools in Georgia, Tennessee, Florida, Pennsylvania, California, and New York participated in the online competition vying for the top award. Rotenberry also took first place in the 2020 and 2021 Perennial Math National Championships as a 4th-grade and then 5th-grade student at Cahaba Elementary School.

He is currently a student at JCIB Middle School.

In order to compete in the national tournament, students must have a top 3 finish in an on-site or other qualifying competition hosted by Perennial Math. Rotenberry qualified by placing first at the Alabama State Tournament, making him a two-time state champion. In total, he has had top-three finishes in all 18 of the Perennial Math tournaments that he has competed in over the past three years.

“I like to win, but really that’s just a side benefit,” Rotenberry said. “I like the feeling of accomplishment. I like being challenged and trying to be the best at something. It’s also cool to log in and see kids from other states at the competitions. They’re usually surprised that a kid from Alabama beat them.”

It’s not all math, all the time. Ford also enjoys playing baseball, basketball, and flag football and runs 5K races. In addition, his parents will tell you that he has a strong work ethic that pushes him to succeed at every endeavor.

“We just try to give him whatever resources he needs to pursue his goals, and then get out of the way so he can tackle each challenge he finds,” Rotenberry’s mom, Dianne, said. “Ford has even competed in math tournaments online from our car between baseball and basketball games.”

Rotenberry also had top-ranked finishes in several other national tournaments, including Math Kangaroo, Noetic Math, and MathCON, and took first place at the Briarwood High School, Homewood Middle School, Pizitz Middle School, and Jefferson County Schools math tournaments. He plans to continue to improve his math skills and compete on both the local and national levels.

Perennial Math was created by Dr. Sylvia Dean, a gifted specialist and administrator for 26 years in Huntsville, Alabama. Dean created Perennial Math to offer students more venues to showcase their talents and to help teachers develop math skills in their classrooms. The National Championship uses its virtual tournament format, with competitors joining a live WebEx and answering questions similar to a quiz show.

For more information about the Perennial Math visit its website at https://perennialmath.com/about-us