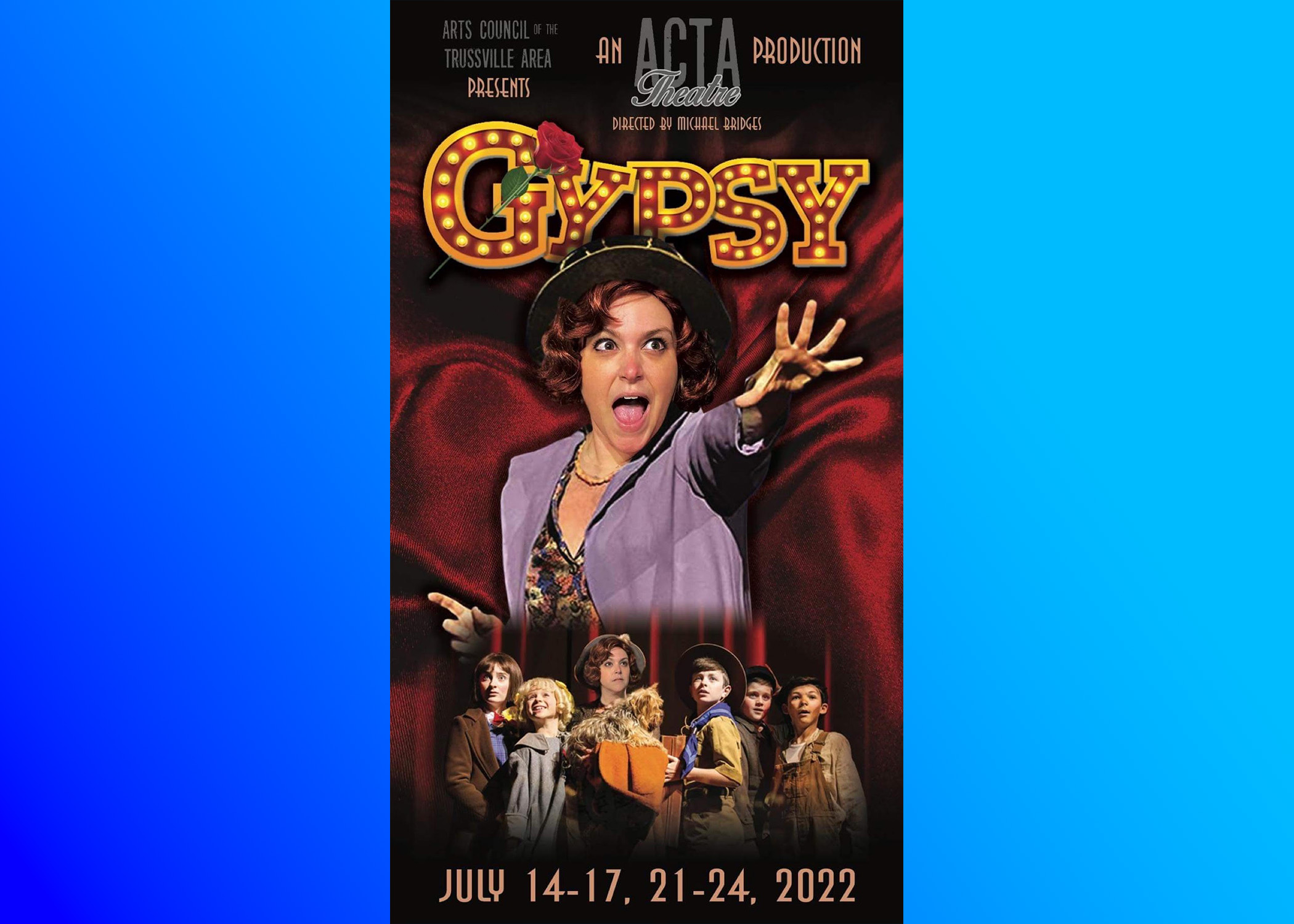 TRUSSVILLE — The ACTA Theatre will present Gypsy as its summer musical. The show proves that not everything is as it seems, and not every family dynamic is the same. 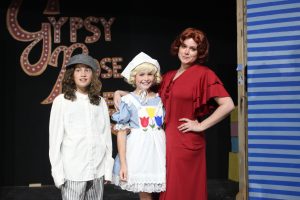 Gypsy is known as the mother of all musicals, the jewel of Broadway’s Golden Age, Gypsy, boasts an incomparable score, a brilliantly conceived book, and one of the greatest leading roles ever to grace the Broadway stage.

Regarded by many theatre professionals as the finest musical ever created, Gypsy is the ultimate tale of an ambitious stage mother fighting for her daughters’ success – while secretly yearning for her own. Set all across America in the 1920s and 30s, when vaudeville was dying and burlesque was born, Arthur Laurents’ landmark show explores the world of two-bit show business with brass, humor, heart, and sophistication.

“This particular show will let people appreciate and not totally judge people on how they go about things like Mama Rose comes on as the stage mom, very pushy,” Gypsy Director, Michael Bridges, said. “Hopefully, people will see behind every personality; there’s probably some good behind her motivation. Her heart was in the right place, even though she was pushy as can be.”

Mama Rose, played by Lauren Culotta, and her two daughters, Baby June and Louise, play the vaudeville circuit around the United States in the early 1920s. Rose, the archetype of a stage mother, is aggressive and domineering, pushing her children to perform. While June is an extroverted, talented child star, the older girl, Louise, is shy. 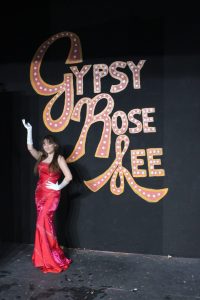 Gallant explained that while she is not a shy person like Louise, she enjoyed acting like someone that is shy.

“It’s really fun, and it’s fun to make facial expressions for Louise,” Gallant said. “It’s fun playing the part of a girl with stage fright while performing on stage.”

Reynolds is a dancer in her daily life and loves theatre. Playing the talented child star Baby June is something that she couldn’t pass up because it allows her to showcase what she loves to do, which is singing and dancing.

The entire cast is pulling out all the stops for this show and bringing each character alive in their own way, and it’s not just the characters that tell a story. Bridges explained that he loves plays based on a true story and based on a time period. The audience will watch the two young girls grow up and finally take control of their lives.

Mama Rose still wants her children to be stars, and after Dainty June, played by Sawyer Luke, refuses to perform and runs off, Mama Rose finds a new way to stay on stage. 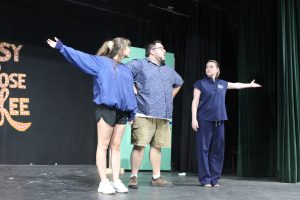 “[June] does not progress at all in her career, you would think that she progresses, grows, and changes,” Luke said. “That’s the beauty and horror of June and her mother and how her mother keeps her the same and keeps the act the same and keeps everything the same. Which is when June leaves.”

Louise now finds herself at the center of her mother’s attention. Using all girls, Mama Rose and her “love interest” Herbie, played by Zachary Skaggs, try valiantly to sell “Madame Rose’s Toreadorables” to a fading vaudeville industry. However, with no vaudeville venues left, Louise and her second-rate act wind up accidentally booked at a burlesque house in Wichita, Kansas.

In a final attempt to push her shy daughter into the spotlight, Mama Rose volunteers Louise to do the Burlesque performance as a last-minute replacement, and thus Gypsy Rose Lee was born.

“A lot of people can relate to being shy and timid; moments when you’re not as confident,” Allie Picou playing Gypsy Rose Lee, said. “At the end of the show, she really blossoms into this person, I think it kind of relates to finding yourself and becoming the person that you really want to be.” 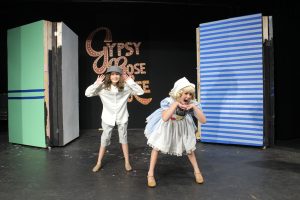 Bridges said that certain scenes in the play are handled tastefully, and he would consider the show to be PG.

“You can bring your family. We handle it very tastefully, and the script is written very well,” Bridges said. “Anybody that’s ever had a family, ever had any kind of family, or any kind of relationship, they know not everybody is perfect. People can relate to it.”

This show, at its roots, is about the relationships between a mother and a daughter.

“You see a little bit of vaudeville and a teeny, teeny little bit of what burlesque was like, but at the end of the day, it’s about relationships, and it’s really touching,” Culotta said.

Don’t miss out on the opportunity to hear the celebrated score by Jule Styne and Stephen Sondheim boasting one glorious hit after another. You’ll hear songs including: “Everything’s Coming Up Roses,” “Let Me Entertain You,” “Some People,” “You’ll Never Get Away from Me,” “If Momma Was Married,” “All I Need Is the Girl,” “You Gotta Get A Gimmick,” “Small World,” and “Together Wherever We Go.”