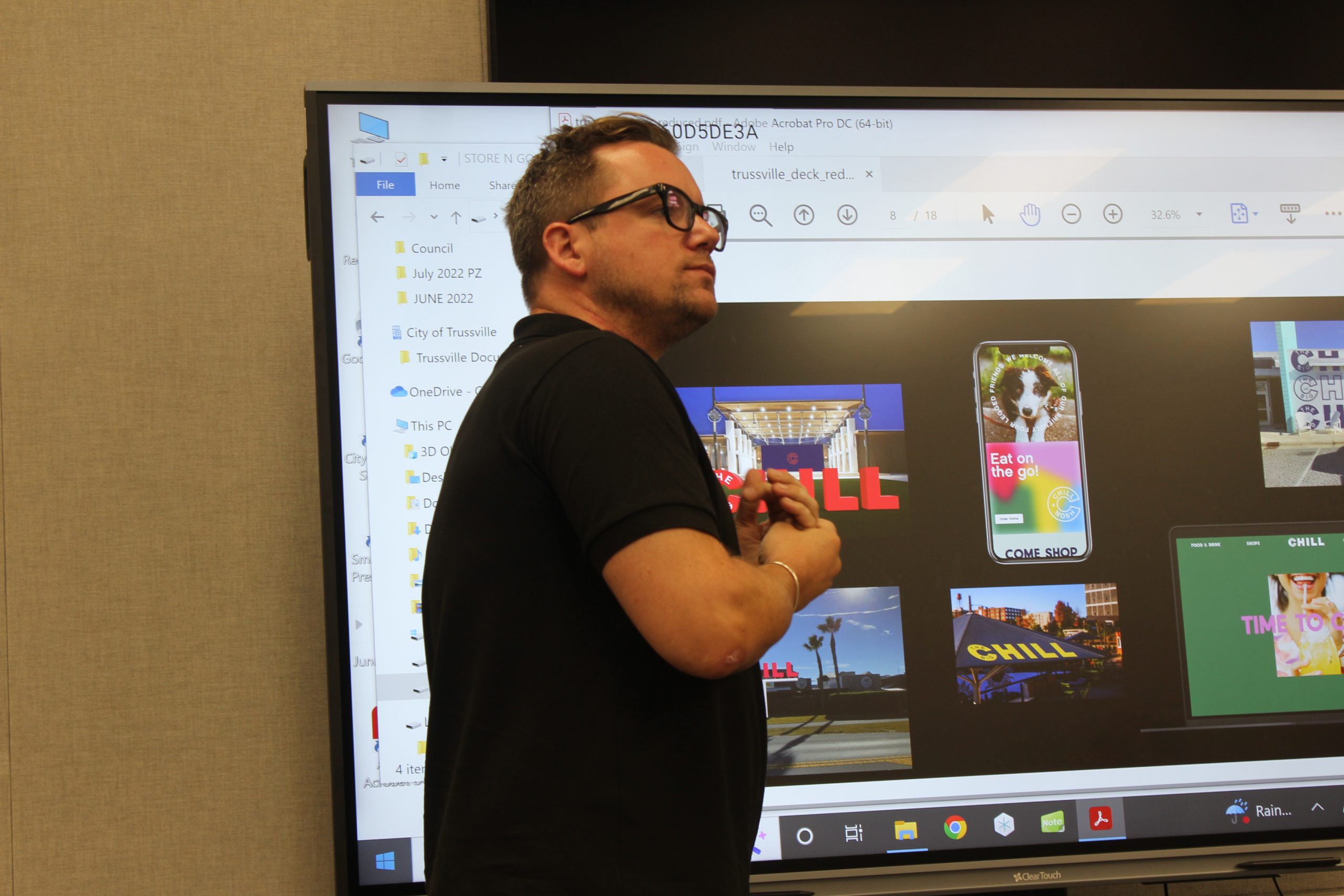 TRUSSVILLE — The Trussville City Council discussed the potential rebranding of the Trussville Entertainment District during the council workshop on Thursday, July 7. 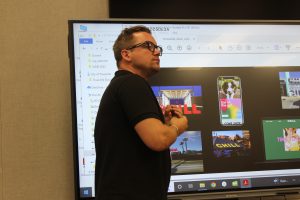 David Blumberg, creative director for Clarity Studio, spoke to the council about the many opportunities they could offer the Trussville Entertainment District.

Clarity has rebranded popular family destinations such as the Hub on 30A, which was rebranded into The Big Chill, and they also helped rebrand the Sand Mountain Amphitheater.

“We’ve seen a lot of growth, obviously, over the last few years out here, but to see the Entertainment District come up and become something special for the city is important for its success,” Blumberg said.

The rebranding reflects the continued commitment to providing a fun and exciting place for families and friends to gather.

Clarity wants to see the Entertainment District become iconic in the Trussville area. Blumberg explained that they accomplish great things for different areas and Clarity’s name reflects their ability to showcase who organizations are in their respective communities.

“We call ourselves clarity because we thought through the experience we have with all of our clients. Every one of our clients that we’ve ever had, and that we think that we’ll ever get; we need that moment, the moment of clarity where we understand who we are,” Blumberg said. “We need to know what’s the meaning of this place. So we work with organizations, companies, and institutions to help them find those moments of clarity in their business and their organization to help them identify the brand.”

Blumberg said that branding is the story people want to tell and what the community wants everybody else to know about them. He explained that’s what Clarity is at a base level.

“We call ourselves a strategic design studio. We’re never going into a project, just thinking about doing something cool and creative. We think creativity is a big part of connecting with all of the audiences we work with, but being strategic and thinking through the business initiatives helps with the rebranding,” Blumberg said. “The needs of the people that we’re working with, either in the business that we work for or in the society that we’re trying to impact, is the most important part. Then it ultimately leads to how do we bridge that into a really beautiful and compelling creative thing.”

Councilmember Lisa Bright raised the question about how long the rebranding usually takes, and Blumberg said that the time period depends on the project type being completed.

Blumberg also said that Clarity helps organizations find the right third-party partners for specific aspects of all of the promotions, the advertising, and the programming, so there will be some in-house pieces.

“Whoever you want to bring in-house for operating, we want to provide really exciting resources for them to use to create interesting opportunities for this to be successful,” Blumberg said. “There’s a lot of ideas we have, we’re excited to explore, but again, this is the vision to create in line with the space and a compelling brand that connects with the community and with people who aren’t part of the community who are excited to come in and see and experience it. So it will lift the tide already being lifted in Trussville.”

Councilmember Jaime Anderson asked how the Entertainment District would transition into its new branding. Blumberg explained that the city would be in total control of what type of rebranding takes place. Therefore, the city is in control, whether selling merchandise with the new branding or different creative aspects. In addition, the various surveys Clarity will complete will determine the community’s wants and needs.

Blumberg also mentioned that the city could create a new name for the Entertainment District during the rebranding.

Stacy Frazier, Trussville mayor’s assistant, explained that the Trussville Entertainment District doesn’t have a solid branding that everyone can refer to because some people refer to it as Ferus, and others call it T.E.D.

“One of the biggest needs that we found is the need for a website, people Google the entertainment district, and it goes nowhere,” Frazier said. “So we want to fix that; we want it to be its own separate entity, and our goal is to know who we are and define that a little better than we have.”

Blumberg said that if a website is made, then the businesses in the Entertainment District could be linked to that website and would provide the community a direct link to those different businesses.

Mayor Buddy Choat explained that the city had set aside a separate account for the Entertainment District and that the city has the funds to pay for it if the council approved the rebranding at the next council meeting.

“The Finance Committee met today, and we’re in terrific shape financially,” Councilmember Alan Taylor said. “We have the funds to do this.”

Choat asked the council to consider adding this to the regular agenda on Tuesday, July 12, so that he can enter into an agreement with Clarity to start the rebranding.