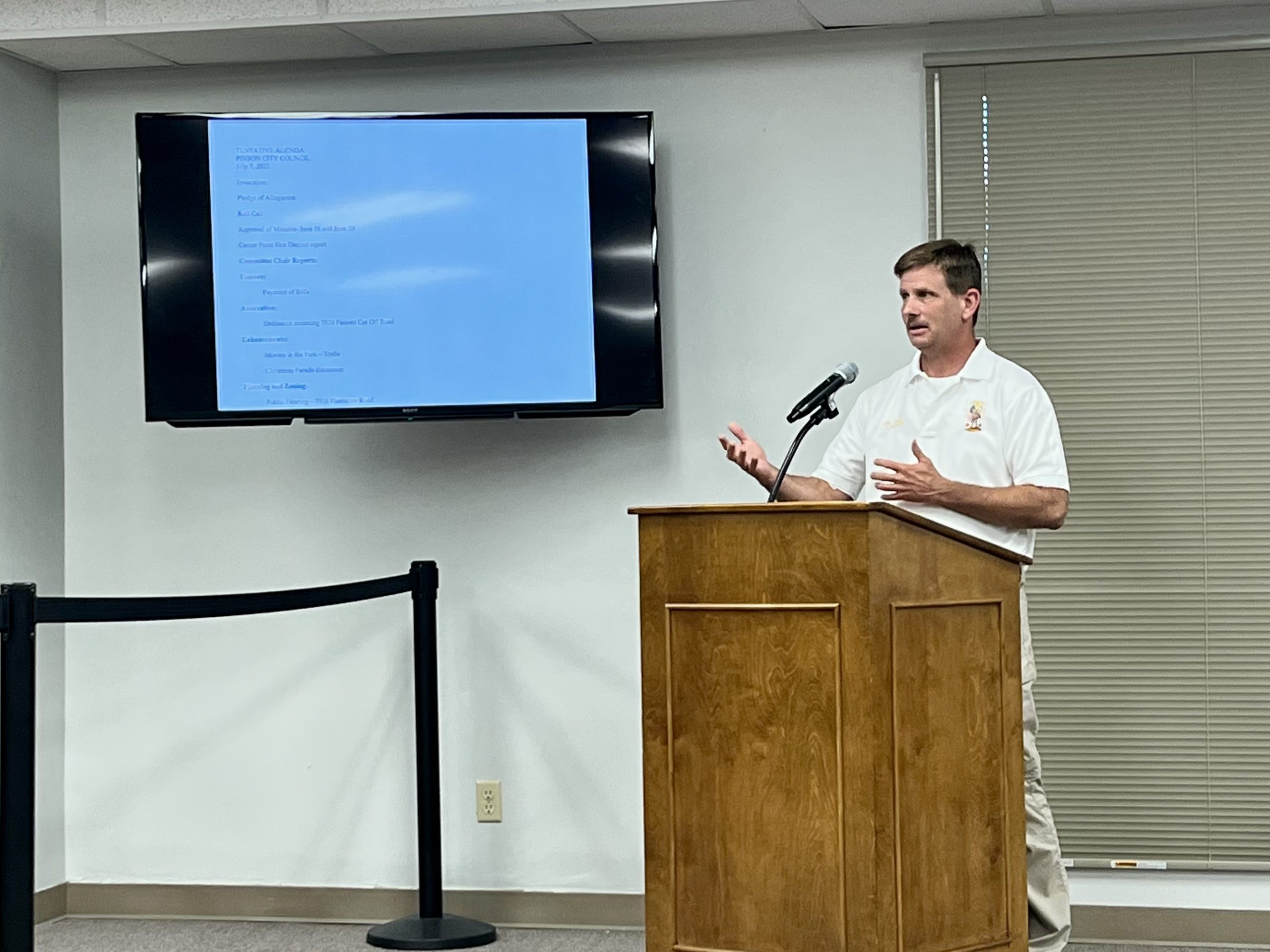 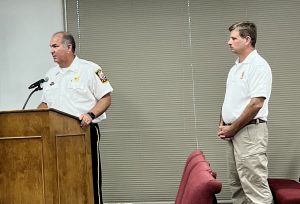 CPFD Capt. Chris Horn stepped up to the podium to introduce Chief Alex Nabors as CPFD’s sixth chief in the history of the fire district.

“He has been with us over 28 years,” Horn said. “… He has climbed the ranks from being a fire medic, hired with us part-time, to now being the fire chief. He has hit every rank there is.”

“I’m honored to be the fire chief of the Center Point Fire District,” Nabors said. “I look forward to our future. … One of my biggest plans that we’re planning on doing is an assessment of our abilities. So we’re going to assess where we are, what we have, what we can offer you (the city). Then I want to get with you and do a needs assessment. What is it you need from us? What do you want from us?”

Nabors assured the council that he was not planning to change the dynamic of the relationship between the city and the fire district, but rather wants to help maintain and build upon the already existing foundation. 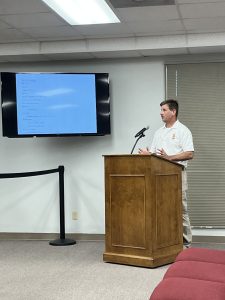 “I really look forward to this relationship,” he said. “… Chris Horn and others have been with you for a long time. If you’ve seen their face, you know them. Part of what I want is that to continue. … You’ve already got relationships; I’m not coming in wanting to change all that and say I’m in charge … I have a great group of people that work with me – and I say with me, not for me – and without them, none of this is possible. So, I look forward to all of this.”

Mayor Joe Cochran and the city council members welcomed and congratulated Nabors on his promotion. Cochran also informed Nabors that, while most of the council resides in Palmerdale’s Fire District, one council member is within Center Point’s district, though the two fire districts frequently offer one another assistance.

Nabors said that the relationship between the Center Point and Palmerdale fire districts is “almost seamless.”

“Pinson’s really the example of how what shouldn’t be able to work is working seamlessly,” he said. “We want to make sure that whole relationship continues.”

During pre-council, Capt. Horn made a request to the council for financial assistance to replace a non-working air conditioning unit at CPFD Station #2, located in Pinson, in the amount of $9,870. A motion made by Councilor John Churchwell, during the regular meeting, to approve the funds for the AC unit passed unanimously.

Under the Public Comments portion of the meeting, musician and film producer DieDra Ruff informed the council that she has officially founded the Pinson Valley Arts Council.

“I’ve done my paperwork, I’ve got it all registered (and) I am hereby the founder of Pinson Valley Arts Council,” Ruff said. “Our goal with the Arts Council is to be – obviously a nonprofit organization – to provide resources and activities, city-wide events, dealing with arts, theater, dancing, music and any type of entertainment. Also, we want to create activities that are for all ages.”

Ruff said that she is still looking for two more board members, as well as a facility for the Arts Council.