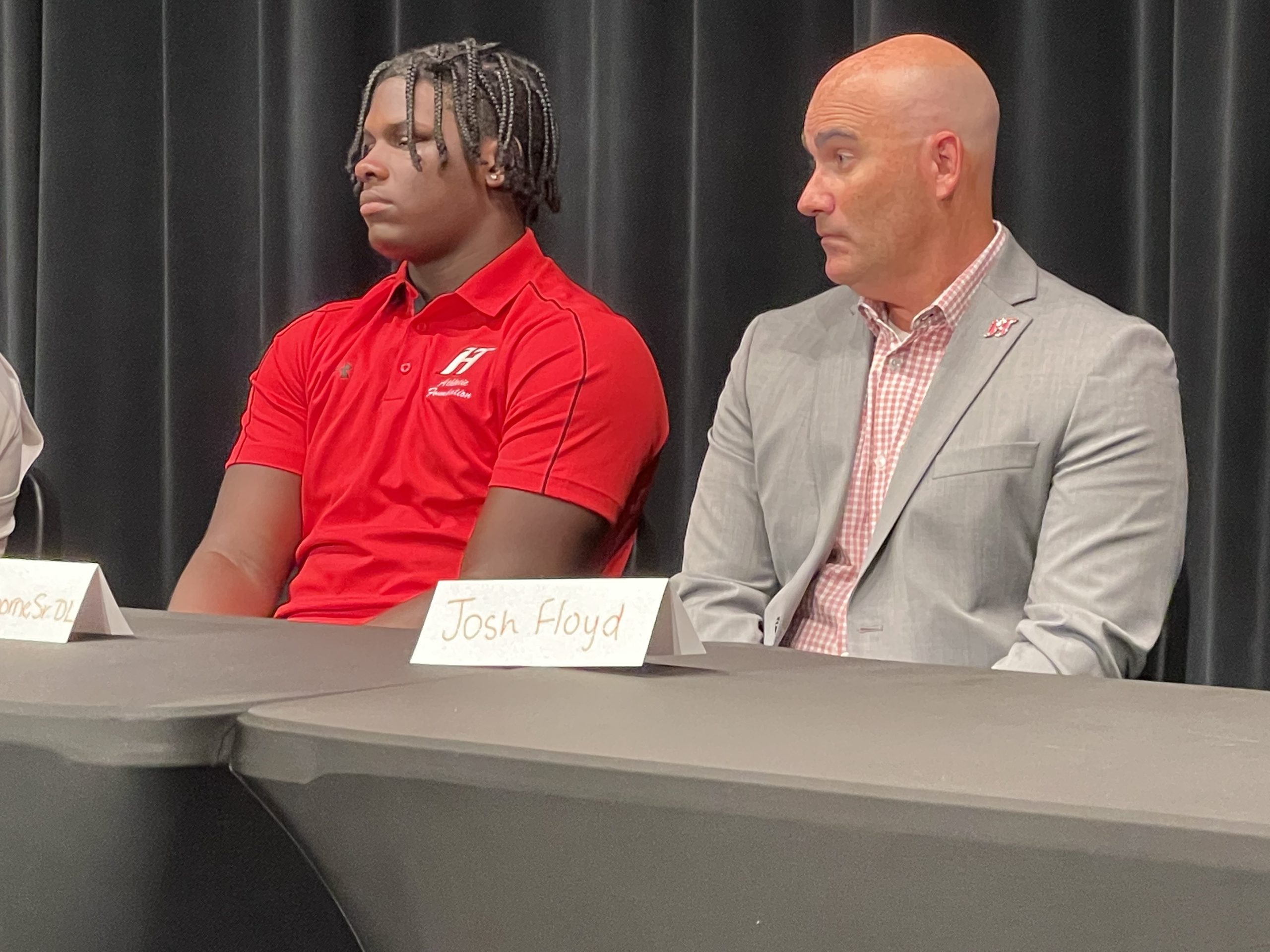 Hewitt-Trussville set for tough 7A schedule

ALABASTER — It’s no secret that Hewitt-Trussville will have some adjustments to make on offense for the 2022 season. 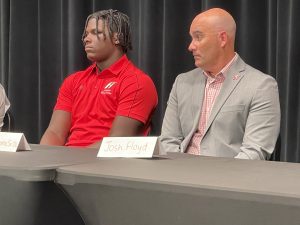 But the Huskies are not easing into the 2022 season. Instead, they’re starting off with a game on the road against 2021 state finalist Central-Phenix City, and they’ll be relying on a talented group of underclassmen to lead the way when Hewitt-Trussville has the ball.

“Obviously we’re going to be replacing a lot on offense,” Floyd said. “Trace (Wilbanks) is the only senior starting that’s returning. But, that being said, those guys have been running this system since fifth or sixth grade. It’s not the same, of course. There’s nothing like Friday nights. It’s hard to get ready for Friday nights until you’re in it.”

Quarterback Peyton Floyd, who started three games in 2021 while Cade Ott Carruth recovered from an injury, will start behind center for the Huskies. Senior Rickey Gibson III — nominally a defensive back — will also see playing time as a wide receiver.

“Rickey has worked hard to get where he’s at,”Floyd said. “He’s got a lot of God-given natural ability for sure but I’ve been real proud of Rickey. He’s had a great offseason. He got stronger. And even though he got stronger and put on a little bit of weight, he was still running the fastest times and jumping higher than he’s ever jumped. The thing about Rickey is that he has that speed that you just can’t coach someone to have. We expect to use him on offense, too, because he’s a guy who can go get the football and we’d be silly to not at least experiment with that some.”

And while there are not that many starters returning, many of the new faces stepping up saw significant playing time last season.

For Hewitt-Trussville, though, the early part of the season is going to come down to defense. As the offense finds its groove, it will be players like heralded defensive lineman Hunter Osborne and linebackers Braylon Chatman and Hunter Jones who will contribute for the Huskies.

“You talk about personnel. It’s hard to replace a Justice Finkley,” Floyd said. “How do you replace a guy like that. He’s pretty special. But we do have guys who we believe are going to step up and do a great job.”

“Our program has proven that we have guys step up every year,” Floyd said. “We’re really excited about where we are as a program right now. I think the future is really, really bright. We obviously want a state championship. That’s the end goal. We haven’t done that yet, but I’m proud of where our program’s at. Part of that is that you have to rebuild every single year.”

And then there’s Osborne, in intimidating presence on the defensive line at 6-4 and 255 pounds. He’s coming off of a junior season that saw him amass 60 total tackles, 10 tackles for loss and 5.5 sacks. He was dominant enough up-front — even playing alongside Finkley — that he’s garnered 53 college football scholarship offers.

“Hunter had a great offseason,” Floyd said. “And you mentioned guys that graduated. We lost about 30 guys to graduation. It’s hard to replace those kind of numbers but that’s why you have offseason programs where what you do is get bigger, stronger, faster. But a lot of that is that you allow guys to step up and lead, and Hunter’s been one of those guys who has done a great job as a leader. The thing about Hunter is that he obviously has that God-given size. He’s got that length, those long arms. He’s tough to block, and we’ll probably do some different things with him as well.”