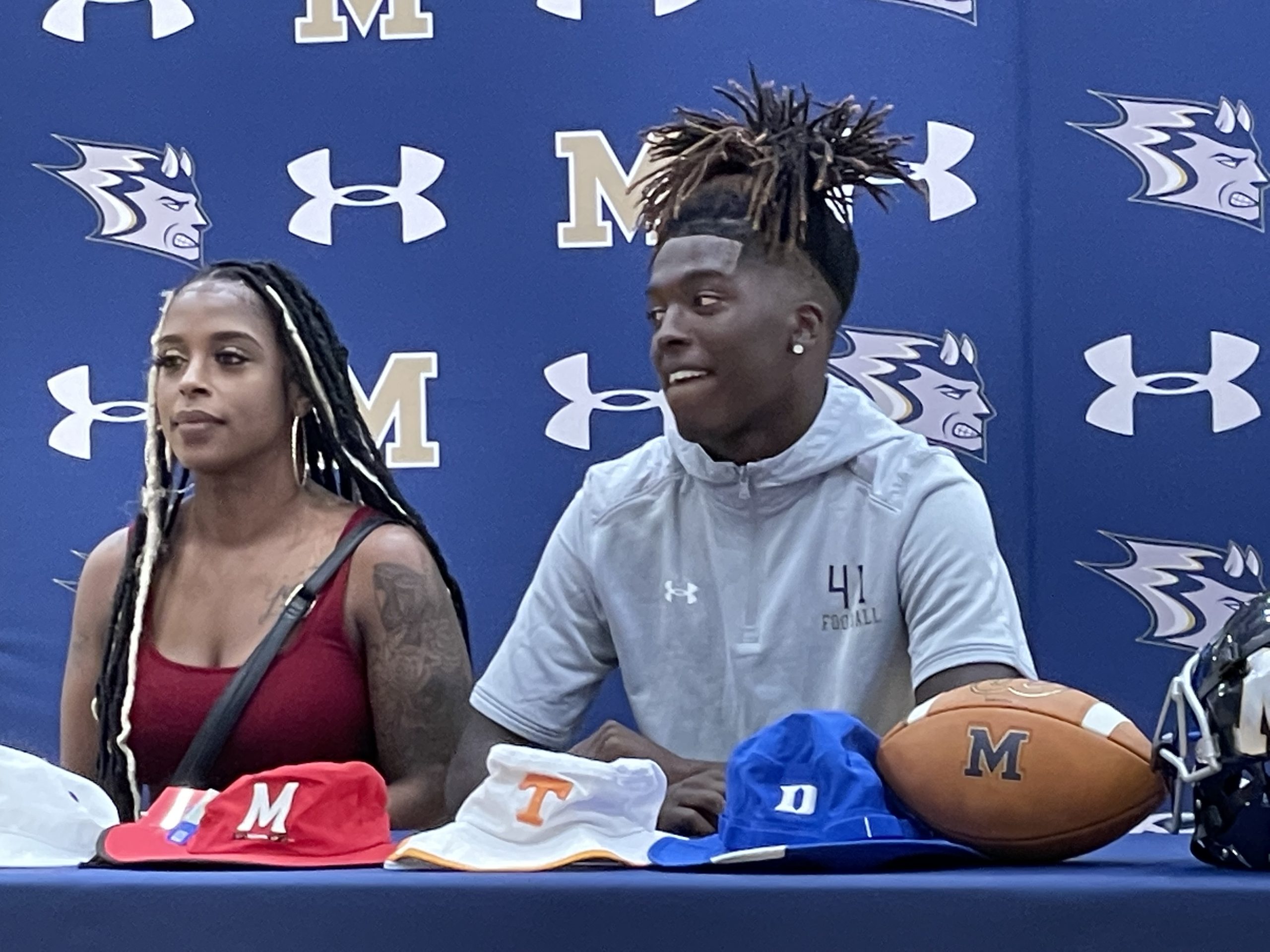 MOODY — Wide receiver Davion Dozier became the second high-profile recruit in the Birmingham metro area to commit to play for the Arkansas Razorbacks during a commitment ceremony on Wednesday, July 13. 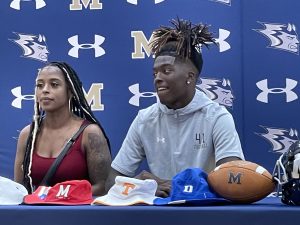 Dozier, at 6-4, 170 pounds, was a breakout player during his junior season for the Blue Devils, with a combination of size and speed, and willingness to go after the ball. He was a true deep threat, and his play earned a unanimous three-star ranking from national recruiting services.

He chose the Hogs over other SEC schools Tennessee and South Carolina. Duke and Miami of Ohio were also in Dozier’s top five.

“I picked Arkansas, because my experience when I went there, it was different than anything else,” Dozier said. “Me and coach (Kenny) Guiton, their receivers coach, got along. Me and him, we’re just alike. And he’s a first-year coach, so I don’t think he’s leaving no time soon, and that’s the place I want to be.”

Dozier said that the coaching change at Moody will enable him to reveal more of his abilities. While he has the speed and size to remain a threat deep, expect him to be more involved in the Blue Devils’ offense.

“This year, with the new coaches we’ve got, I get to show more stuff that I can do with the different quarterbacks and new OC and stuff like that,” he said. “I plan on being me this year.”

Moody head coach Jake Ganus said that the person Dozier is off of the football field carries over to what he does on the gridiron.

“I think it’s his character,” Ganus said. “He’s obviously a great football player but I think it goes way past the field for him. He truly shows up every day and loves it. Loves the work, loves everything about being on a team. From the moment I met him, the guy … he feels like the kid you’ve known your whole life. He’s got that charisma and that attitude. It’s a blessing to me to be his coach and to be around him.”

Dozier had 20 FBS offers, including five from SEC schools.

“What makes Davion a unique player is what he does behind the scenes and in the character he displays on and off the field,” Welch said. “He’s a guy that’s going to put in the work, put the extra work in, before hours, after hours, and then during hours he’s a leader. He’s the guy you want on your team, and he’s the guy you want in your locker room. He’s just somebody who, younger guys look up to him and previous alumni love to come back and see.”

The Blue Devils open their season on August 19 on the road against Pell City.