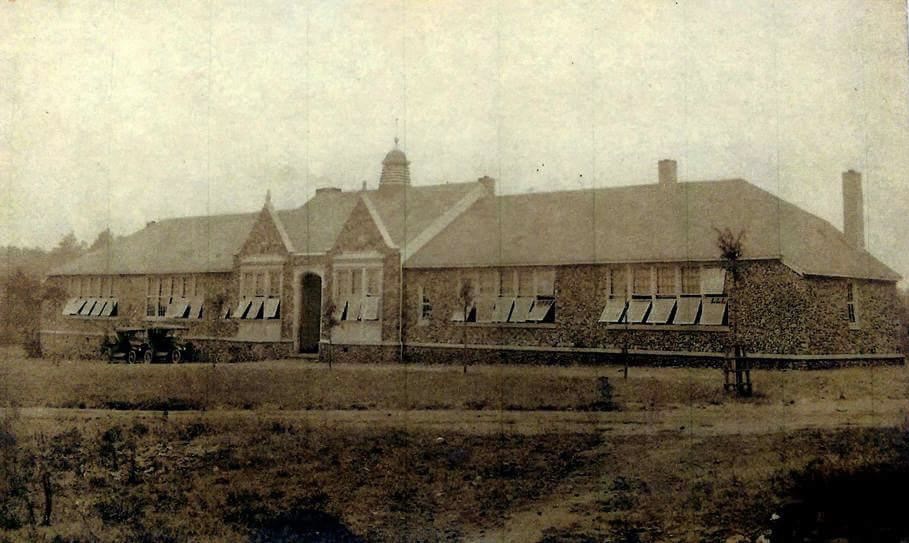 PINSON – The Pinson Historical Society, in preparation of the Centennial Celebration of the Pinson Rock School, is seeking photos, documents and historical artifacts from the public pertaining to the construction of the school in 1921-22. 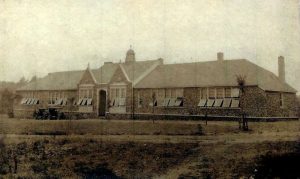 The Historical Society, the Pinson Public Library and the Pinson mayor and city council are teaming up to organize the school’s centennial celebration on Aug. 13. The event will coincide with Pinson’s Rock School Reunion, which is open to all former Rock School students.

“The Historical Society is looking for any information from residents of the surrounding area that have any knowledge of people in their family that carried rocks and brought them here to build the Rock School,” Historical Society Vice President Sue Churchwell said. “That’s what we’re looking for: any information back from 1922 up until the present, because the school has gone through a lot of changes. … It’s been through a lot of major changes, but what we’re interested in is concerning the school, itself.”

Churchwell said that the Historical Society is not looking to take possession of anyone’s photos or documents, but would simply like to make copies to have on display at the event. These historical items can include photographs, letters, journals, or even newspaper articles.

Items can be brought to the Pinson Public Library, any time between now and Aug. 10, where copies can be immediately made and the original documents returned to the owners.

Individuals are also welcome to scan their family’s photos and/or documents themselves and email them to director@pinsonlibrary.org.

Pinson Public Library Director Allison Scanlan said that people frequently come into the library, which is now located inside the Rock School facility, and share stories about their parent and grandparents who took part in building the school. 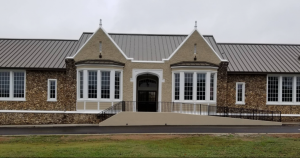 The Pinson Rock School after being renovated and named as the new home of the Pinson Public Library in 2019. Photo credit Crystal McGough

“They’ll say, ‘Oh, my grandmother carried rocks in her apron strings,’” she said. “They love sharing those stories about how much it means to them that their family had a part in it.”

Churchwell said those are the people she is hoping to reach out to for documents and information.

“That’s the key point (of the Centennial),” Churchwell said. “Who took part in the building of the school, and the history surrounding it. There’s just so much history to this school. There are so many things about the Rock School that we don’t know; about families that we don’t know. Information on people who brought lumber, who brought nails. Somebody brought this material. And then there were the people who actually did the work. … We don’t have a lot of that information (and) that’s what intrigues most of us. We want to know who was here.”

While the Society needs to have copies of photographs and written documents no later than Aug. 10, in order to prepare the displays for the Centennial Celebration, Churchwell said people are also welcome to bring artifacts related to the construction of the school, such as a grandparent’s toolbelt, on the day of the event, to be displayed on a table.

Although the Society is not looking to take ownership of any historical heirlooms brought for the event, if anyone has items they are interested in donating to the Pinson Historical Society, they are welcome to do so as long as they sign an official statement of donation.

In Tom Bailey’s book, “Pinson: The Bicentennial History,” Bailey calls the Rock School “a community endeavor that included adults and children alike” and “took an unprecedented effort to assemble the building materials from which the school drew the name: The Rock School.”

Bailey goes on to write that “the school swiftly became a community focal point” and “clearly, the Rock School was one of the most important pillars of community activity and pride.”

Bailey’s book has been reprinted for this special occasion and will be available for attendees to purchase at the event for $20, cash only. Bailey, himself, will also be attending the event and autographing books.

For more information, or to donate items for display at the event, contact Sue Churchwell at (205) 680-5339 or Pinson Public Library at (205) 680-9298, or email Allison Scanlan at director@pinsonlibrary.org. 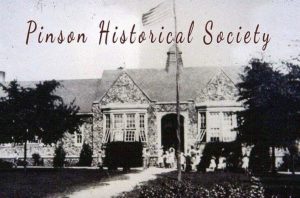