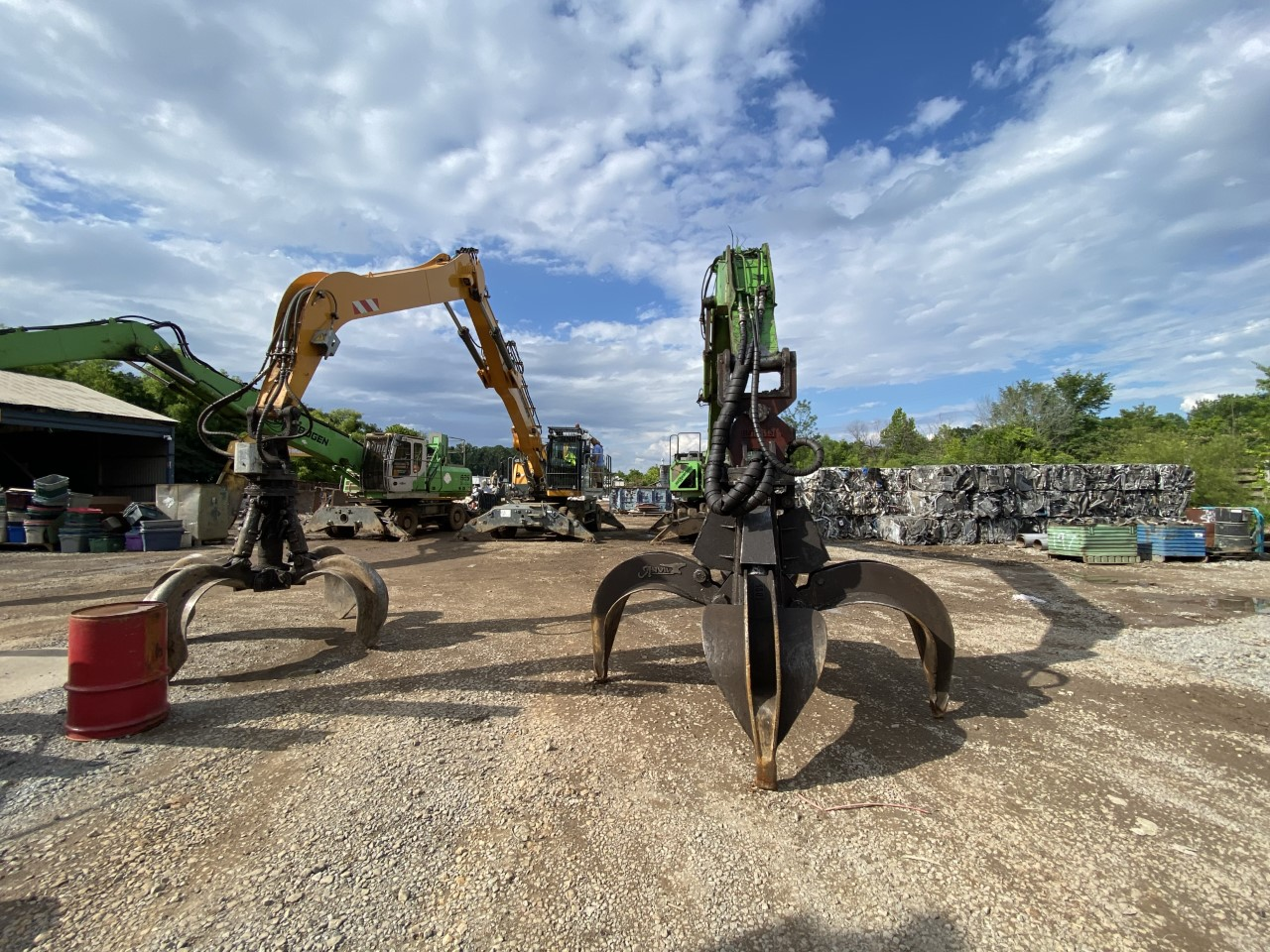 PINSON — Tom Fisher and Recycle USA is the definition of the American Dream. Fisher, who has been the owner-operator of Recycle USA in Pinson for more than 20 years, has worked his way from sweeping floors to his position today by hard work and taking chances. 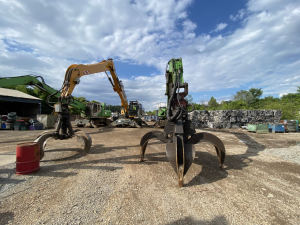 Recycle USA has become one of the Birmingham metro area’s biggest and most productive metal recyclers since opening in 1995. Fisher is the treasurer of the Alabama Recycling Association, member of the ISRI (Institution of Scrap and Recycling Industries).

He also works tirelessly to curb the market on stolen scrap metals.

“There was a problem years ago when people would go steal metal,” Fisher said. “We want to make sure dealers aren’t out there buying stolen material or encouraging the problem of stolen material.”

The industry depends on honest sellers, but Fisher has also found a way to maximize his company’s viability.

“We’re buying from HVAC companies, machine shops, fabrication shops and companies similar to those,” he said. “We take their by-product and we export metals all over the world. Our biggest suppliers are industrial customers, fabricators, and machine shops.

“We process everything in house with American pride.”

That American pride was instilled in him when he was a teenager in Cleveland, OH. Working with his father to build race cars, he learned about mechanics, among other things. Being a teenager, however, meant he wanted to do things teenagers do — like take his girlfriend on a date. To do that, he needed money.

“I was working for my father, but he didn’t want to pay me. I was living with him, so he didn’t see any reason to pay me,” Fisher said. “I told him I needed a paying job to pay

for fuel, car insurance and to have money to take his then-girlfriend out on dates. He said we’d get around to it, but we never did.”

To earn money, he took scrap parts from the racecars to a local salvage yard, and it blossomed into his first job in the metal industry.

“We had some spent pistons from the racecars, and I sold them to All Scrap Salvage,” Fisher said. “While I was there I asked if they needed any help, and they told me they’d just gotten out of a meeting and were looking for laborers.

“I filled out an application, they reviewed it and told me to be there at 8 a.m. I was there at 7 a.m. waiting on them.”

Fisher’s always been a go-getter, and that showed when he started by sweeping floors. It wasn’t long before he was learning to run the equipment in the yard. His first big job was running the balers, and with the paper waste they had he was having to tie the wire — 10 or 11 gauge — with his hands.

“My hands looked like boxing gloves with the callous,” he said.

From there, he learned to use a cutting torch and to shear metals. Eventually, he was allowed to begin buying metals and became a certified weighmaster.

“I was the youngest buyer in Cleveland,” he said.

His boss opened a new yard in nearby Bedford, OH, and after losing money with the management team he’d put in place, he charged Fisher to make it profitable.

“The guy who was running it ran it into the ground, so he took me up there and taught me how to run a metal processing facility. Within six months, we went from the red to the black,” he said. “He made me VP within those six months. I was the overall operation manager of the entire facility.”

Four years later, after asking for a raise and not getting what he thought was fair, Fisher was growing weary of the company. But the last straw was when he showed up to work after a water line burst on a cold night.

“One morning, I came in and we had a water line rupture. It was freezing and everything was covered in 3-4 inches of ice; the whole place was covered,” he said. “Right then I made my decision. After these harsh winters, I’d had enough. I then started looking for another job and found a place seeking for a non-ferrous manager in North Carolina.”

While there, he was the warehouse manager and helped the company install a bailer like the one he ran as a teenager. His eagerness to learn, however, kept him working to find new ways to improve his job security.

“I just wanted to learn, so I would go over and see how the aluminum furnace worked. I’d go over and check that out, see how it worked and what temperatures aluminum would melt to make different alloys. I was taught how to run all of the equipment in the yard,” he said.

Fisher was then tasked with assisting with the installation of an $8 million car shredder, and he learned about the entire process, and after learning every job on the yard he felt he deserved a promotion. When the company couldn’t provide that, he began searching for a job to fit his knowledge.

“That’s when Bob Wilson, who owned Shredders in Birmingham, flew to the Carolinas and interviewed me in the airport,” Fisher recalled.

A second interview came in Birmingham. This time, Fisher brought along his fiance — the same woman he was earning money to take out as a teenager — for the trip. Although his preconceived notion of Alabama wasn’t positive, the trip turned out great.

“I was very impressed,” he said. “I thought Birmingham was an old run-down steel mill town. I didn’t think it was an advanced town like Cleveland or Charlotte. But Birmingham had a lot going on, and I was impressed.”

He accepted the job, and continued doing exactly what he’d always done — working hard to build something better than what he walked into. The non-ferrous division didn’t exist at Shredders, so Fisher built one. He even built much of the physical structure, along with the business. But the itch to be a business owner began to get to him.

“Everybody in my family has always been an entrepreneur, but now I am one of the only ones left who still owns their own business,” he said.

But quitting the job at Shredder’s was one he had trouble giving up.

“I kept my resignation letter in my pocket so long that I had to print a second copy,” he said. “They were good to me, and there was never going to be a good time to turn it in, but I finally did.”

So, he found his current property on  Hwy 79 in Pinson, AL and started building his business. A few years later, though, the zoning commission informed him he was not properly zoned. After two very difficult hearings with the commission, he came back for a final hearing. He brought along his pregnant wife — still the same woman he worked so hard to take out as a teenager — and wore his work clothes. His zoning change request was approved, and the rest is really history.

“I do all the buying and selling. I’m here every day doing the management duties. I have a great team,” he said. “We’re on 22 acres. We have the most state of the art  machinery and I’m proud to say to this day, we are debt free.”

Fisher made it through a sudden downturn in the metal industry by working hard, and staying focused.

“Our competitive edge is I study the markets. I live and breathe them. I can make an instant decision. I don’t have to call some corporate headquarters to approve it. I can make the deal happen,” he said.

Fisher is also a member of the C12 Group, which is an architected environment for business, life, and leadership transformation.

“That’s very important,” Fisher said. “I do that with a group of guys that are probably the most influential leaders in the Birmingham area. There are about 12 or 14 of us that meet once a month.”

“I’m a hard worker; I’m here every day,” he said. “I am dedicated and I’m proud. I love coming to work every day.”

Building this company on those principles is how he’s continued to make Recycle USA a destination for metal recycling.

“This place was built one pound at a time. If you work hard and do the right thing, good things will come to you,” he said.

He is married to his wife Suzette, of 31 years. They have been together for over 40 years, and they have two precious daughters, Alexa 23 and Taylor Lee 21. Though the Fisher family journey began in Cleveland OH, they’ve grown to love Alabama and call it home.

Fisher concluded, “I absolutely adore my family and I’m living the American dream.”