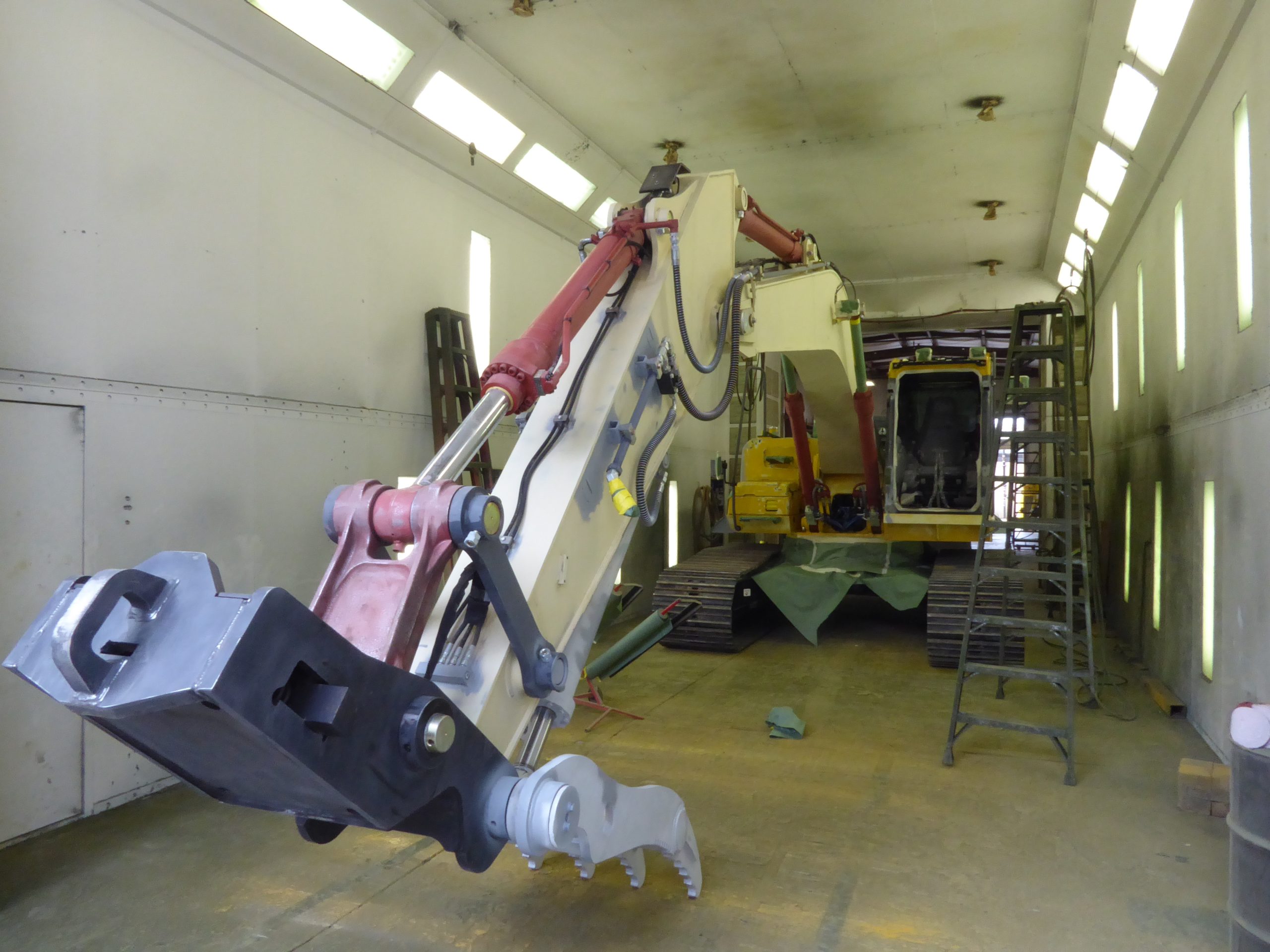 G.R. Manufacturing, Inc. has been a supplier and partner with John Deere for over 30 years and is a John Deere approved custom job facility. 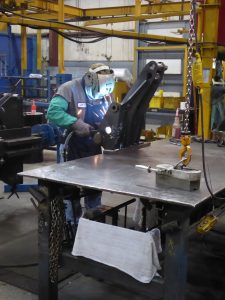 G.R. is driven to protect the people who step out in harsh conditions. We protect the operator in a couple of ways; first, by protecting him from slapping tree limbs and falling branches and also by protecting his machine from similar and other varied hazards. In a hazardous situation, the man in the machine depends upon it continuing to function properly, if it gets damaged, that can put the operator in danger.”

Owner and president of G.R. Manufacturing, Bill Fyfe, started the company in 1990 after working for another company which manufactured mining equipment and did custom work for John Deere. In 1990 the company was sold, and the new owner wasn’t that interested in doing Deere custom work. Fyfe left four months after the buyout and started G.R. There were no contracts or agreements with Deere at that time, but Fyfe predicted that Deere and the new owner would not get along. The first year, G.R. managed to stay afloat by getting whatever fabrication work could be found. The biggest was producing over 200 “water knockouts,” a simple weldment used in the methane gas fields in west Alabama. A year and a half after starting G.R., Deere began asking G.R. to outfit their machines for special applications. Of course, Fyfe knew what needed to be done, how to do it, and what would be a fair price. 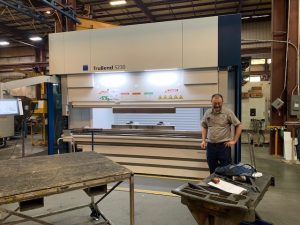 Now, the company outfits John Deere equipment for work in harsh and special applications, including:

Fyfe explained that they don’t touch every piece of equipment that John Deere builds. 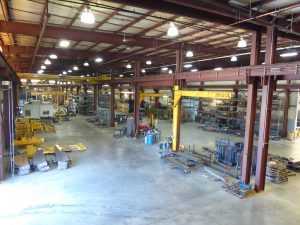 “If it’s going to push dirt, it doesn’t need to come to us. Deere builds it to do that,” Fyfe said. “However, if it’s going into wildfire suppression, plowing fire lanes near the fire, then it comes here, and we will do all sorts of things to it, to prepare it to survive in that harsh application.”

“Those environments can be military or fighting forest fires, commercial forestry, or it can be waste handling or demolition,” Fyfe said. “If it’s a harsh application, we get the tractors ready for that (you’ve probably figured out already that in our industry, the word ‘tractor’ is used loosely; it could be a bulldozer, a backhoe, a feller-buncher, a skid-steer loader or an agricultural tractor.).” Some of the special applications are not harsh; just special, including low ground pressure, such as cranberry bogs, mica mines, or bombing ranges in swamps. Dozers that run on exceptionally soft ground get track modifications, including longer track frames and wider track shoes (extensive surgery!). 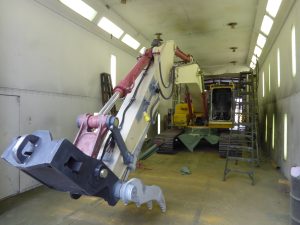 John Deere sends tractors from their factories in Dubuque or Davenport, Iowa, to Trussville for complex outfitting for special applications. G.R. also sends “kits” for simpler installations to dealers across the country, to be installed on machines there so that they don’t have to be shipped to Trussville. G.R. designs and manufactures numerous kits available for installation by local John Deere dealers, such as:

G.R also manufactures Deere designed components that become part of the original machines. “Deere has shipping racks that get repeated use. We manufacture parts, send them to the 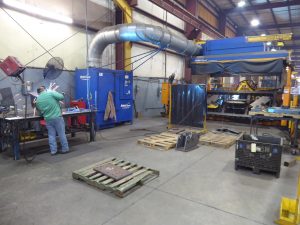 Deere factories in Deere shipping racks, they deliver them to the assembly lines and then send the empty racks back to us. So, the racks just make round trips.”

One of the things that keeps G.R.’s work interesting is that the machines that come to them are going to do something unusual.

“It’s not just the everyday things; they’re going into military applications, forest fire suppression or demolition, or maybe waste handling,” Fyfe said. “We may even outfit mini excavators to go into a ship to do some special material handling. So, the work that we do is for interesting applications.”

Contributing to the safety of people with hazardous jobs is something to be proud of.

“It makes us feel good just to know that we’re a part of getting them safely home at the end of each workday,” Fyfe said. “Starting [G.R. Manufacturing] from scratch makes me feel good, too. It’s been well received, our customers think highly of us, and they look to us for guidance in helping them select the right kind of equipment. Deere has even recognized us as their “Supplier of the Year” a couple of times. 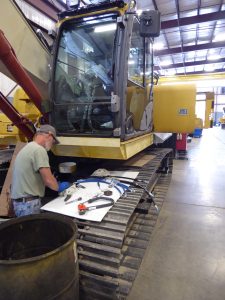 G.R. is in the Industrial Park in Trussville, a location where it could grow. “We only bought five acres, to begin with, and we now have 39 acres, and the original 17,000 sf building has grown to 110,000 sf,” Fyfe said. “The complex was where we could grow; even with being industrial, it’s still a welcoming place.”

The company currently has about 100 employees, and Fyfe said that at current business levels, they should have about 120.

“We have a family atmosphere, respect is a cornerstone of our philosophy, and everybody is treated that way” Fyfe said. “We don’t think of anyone being “the boss,” we’re all just working together to take care of customers. Of course, we must take care of all employees to be able to take care of customers, so we have competitive wages and plenty of benefits, and strive for a pleasant work environment.”

For more information on how to apply to G.R. Manufacturing, Inc., visit www.grtractors.com/careers.

“All you have to do is start by filling out an application,” Fyfe said. “That’s the easiest way, but we also have an online application so people can go to our website and see what we do. We are eager to add to the G.R. family!”