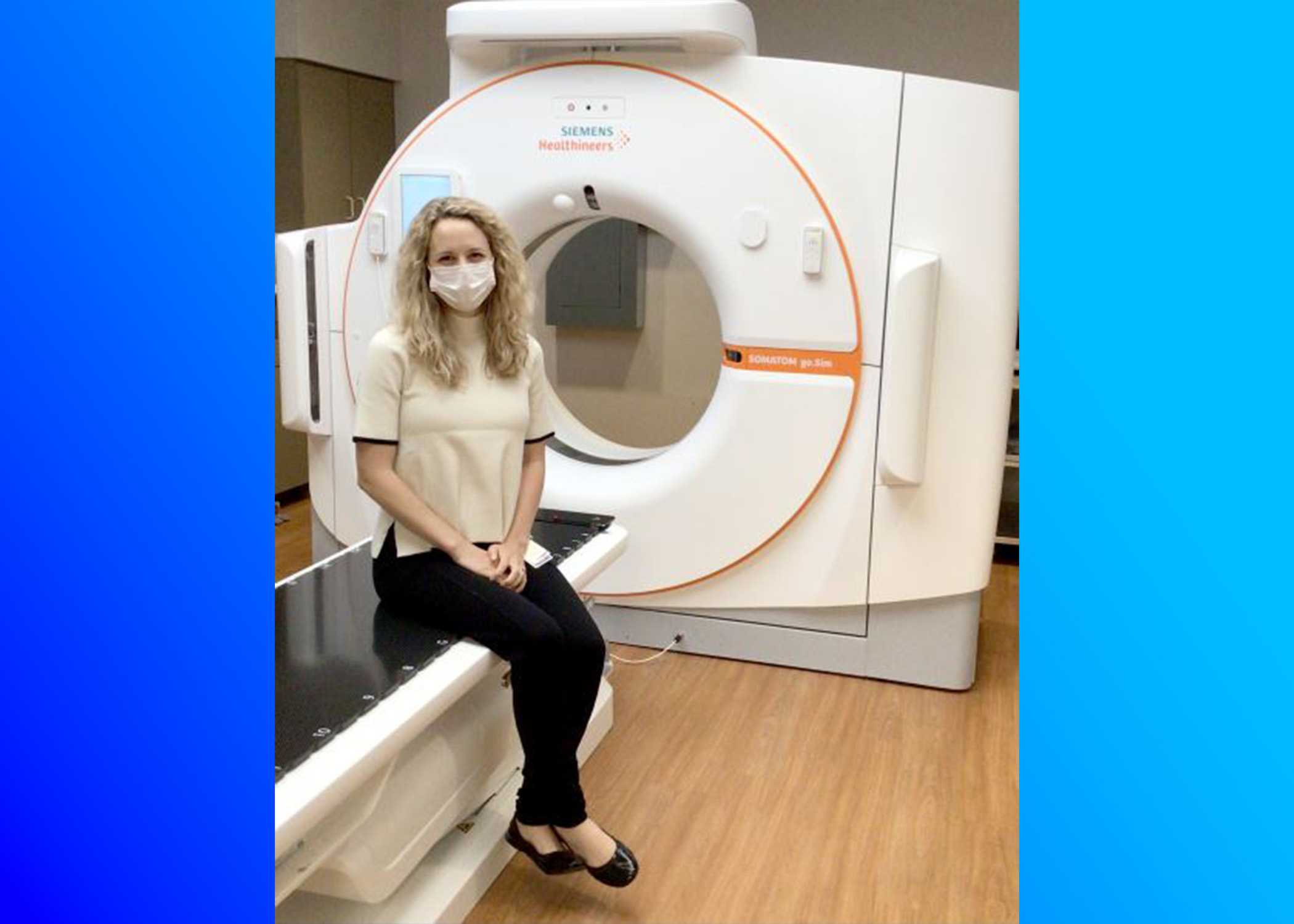 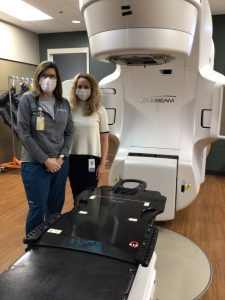 “St. Vincent’s East Cancer Center now has virtually identical equipment to that I used during my tenure as faculty at Memorial Sloan Kettering Cancer in New York City,” Dover said.

Dover explained that the cancer center has actually had a couple of big updates to its technology in the last two years. The first is about two years ago; they obtained what they call 6-DOF (6 Degrees of Freedom) in “the movement of the table that the patient lies on.”

“So historically, the table that the patient lies on could only move in three directions,” Dover said.

The flat table could only move right to left, back to front, and up and down. The newest technology allows the table to roll, and Dover explained that it is similar to a “log roll,” and it also can move like an “X.”

“The pitch of the table, meaning that the head is kicked up a little bit with the feet going down, or vice versa,” Dover said. “It exponentially, not just doubled, but exponentially increased the ability to align the patients exactly how we want them. With many of our treatments, we have what we call a millimeter precision in terms of treatment alignment. So that really allows us the ability to more confidently deliver high doses of radiation with greater accuracy each day.”

“So when the healthy body sees radiation, that is what causes side effects,” Dover said. “That really is the reason that capped out our limit to the amount of radiation that we can deliver to the tumor; we have to deliver it to no higher than the healthy body can tolerate.”

With the ability to deliver more doses to the tumor and less to the healthy tissues, the patient has much fewer side effects, and they have a higher chance of the tumor responding to the treatment and not returning.

The success of the treatment depends on what type of cancer is being treated in each individual setting. Still, on a more global set, it has allowed many patients to receive their treatments in a fewer number of treatments.

“When we’re not able to be as precise, prior to having this alignment, patients would often come for 5,6,7, or 8 weeks of treatment daily, and now there are many instances where we can treat patients safely over as little as five treatments and in some cases, even a single treatment with a really high radiation dose.”

Dover said it’s extremely important for a patient’s convenience. Then also, in certain instances, it offers convenience, improves outcomes, and “lowers the risk that the cancer comes back across certain cancers.”

“An unfortunate reality of cancer is that patients often do not feel their best when undergoing what can be exhaustive treatments, and reducing daily travel time can do wonders to diminish the overall burden of their treatment course,” Dover said. 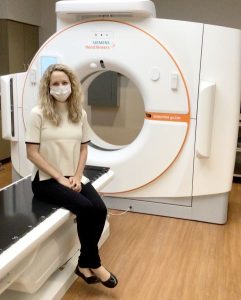 The second improvement and technology that came in recent months were what the cancer center calls the ability to “gate treatments,” or respiratory gating is the term for monitoring where a patient is in the breathing cycle in real-time. Dover said an easier way to understand that is to call it 4D Treatment.

“This fourth dimension is time, and so by that, we mean that we actually can monitor a patient’s changes in their body position, second to second, by monitoring their breathing, because breathing is what really changes, you can imagine how much your lung changes from a breath in and to a breath out,” Dover said.

The body position also moves a lot of things in the abdomen, like your diaphragm, when you breathe in and out, and also your stomach and liver move up and down. So even during a five-minute treatment, oftentimes, tumors, if they’re located in the lung, stomach, or liver, are moving even during that five minutes.

“This technology allows us to monitor that movement in real-time, and decrease again, even further, the amount of healthy body tissue that receives radiation and how to track the tumor movement during breaths,” Dover said. “It also allows us to immobilize the tumor, for example, breast cancer, when patients hold their breath, it keeps their chest wall from moving, and we’re able to drastically diminish the amount of heart in that case that receives radiation.”

“I am thrilled to have the opportunity to offer world-class cancer care to patients right here at home,” Dover said.