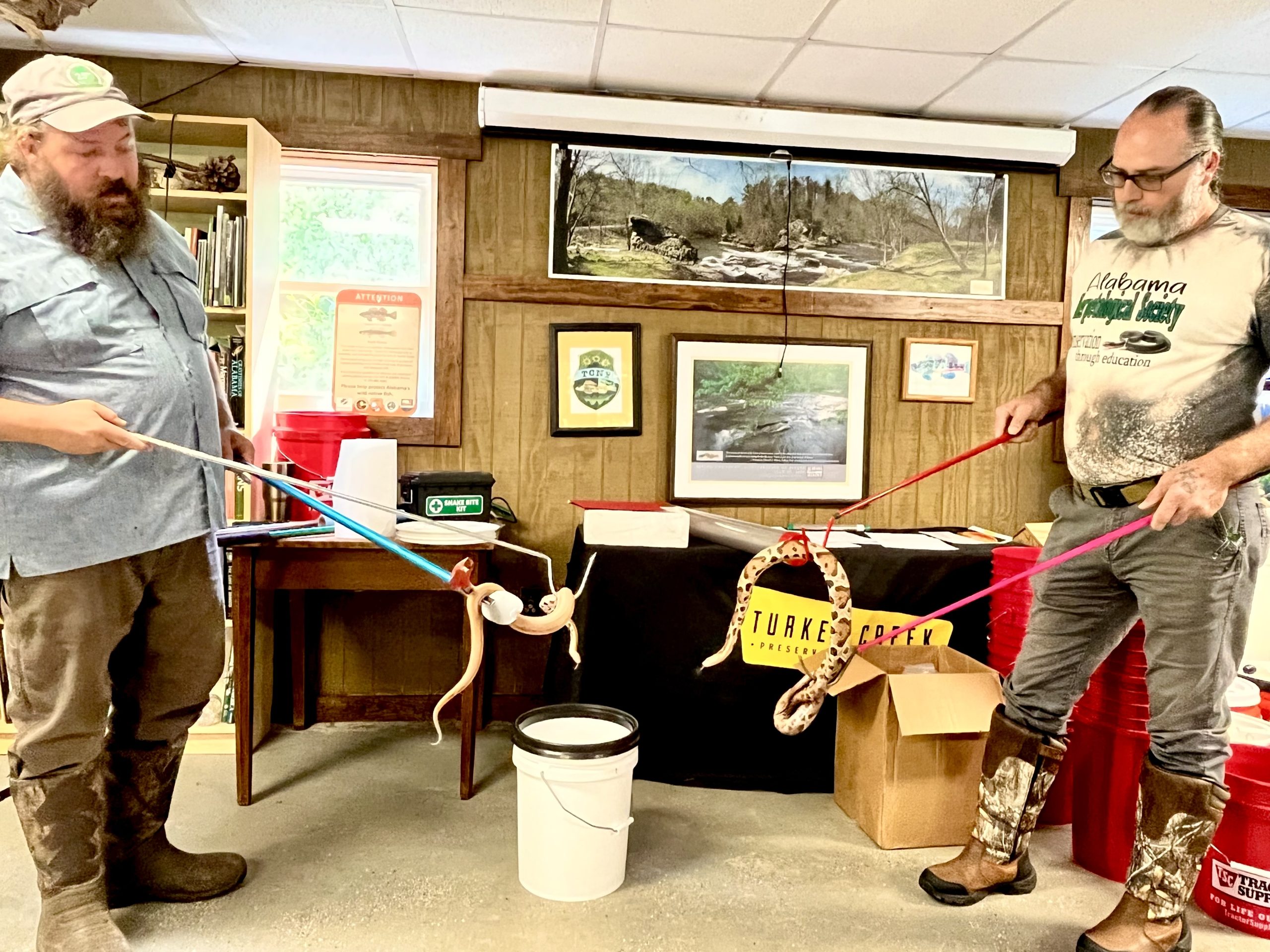 Left to right: Jimmy Stiles with an aberrant copperhead and Raymond Corey with a normal copperhead

PINSON – Living in the Southeastern United States, snakes are a fact of life. Each year, from spring to fall, social media fills up with pictures and posts from concerned people who have found a snake at a local park, in their neighborhood, or even in their house. Although these animals are an essential part of a healthy ecosystem, they are highly misunderstood, even by many who grew up tromping through woods and swimming in creeks and lakes. 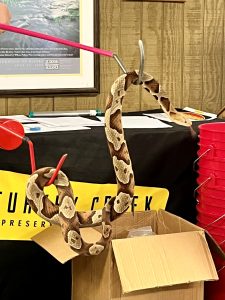 More importantly, when people encounter one of the six venomous snake species that live in Alabama, they rarely know how to safely respond to such a situation.

On July 16 and 23, roughly 30 people attended workshops, taught by Alabama Herpetological Society founder Raymond Corey and Auburn University biologist and herpetologist Jimmy Stiles, to learn what to do when they encounter venomous snakes, as well as how they can help conserve these misunderstood animals.

In these classes, students from all over the state of Alabama, as well as surrounding states, learned how to identify, catch and relocate native venomous snakes. Participants learned what safety equipment to use and protective gear to wear, as well as safe handling techniques and how to transport a venomous snake to a more appropriate location.

“The past two classes at Turkey Creek were a real delight,” Corey said. “We were able to see individuals evolve and grow within our classes and we received some of the most positive feedback from the participants in these classes we have received so far.” 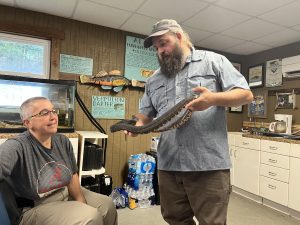 Attendees had the opportunity to touch and hold several non-venomous species. Pictured is Jimmy Stiles showing a non-venomous water snake to the class. Photo by Crystal McGough

Attendees also learned the following snake bite protocols: immediately remove any restrictive clothing or jewelry, do not use commercial snake bite kits or tourniquets (car keys and a cell phone are all you need), and go to the nearest hospital or medical center with an Emergency Room (not an urgent care) to get anti-venom.

Corey and Stiles said they offer these classes in order to fill a gap that few are willing to fill. According to Corey, although there are people who have knowledge and skills in this area, most are not willing to teach people who have no prior experience.

Stiles, a PhD candidate in Auburn’s College of Forestry Wildlife and Environment who has worked with snakes his entire life, professionally since 1991, said that even he entered the field with no formal training. 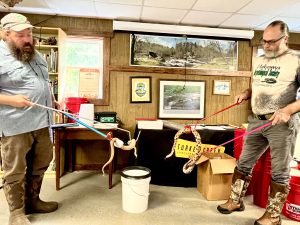 Left to right: Jimmy Stiles with an aberrant copperhead and Raymond Corey with a normal copperhead

“I’ve spent 20 years conducting scientific field research on reptiles and amphibians,” Stiles said. “Working with so many snakes allowed me to develop lots of tricks to help me stay safe. Over the years, I never got any sort of formal training and was essentially thrown to the snakes.”

While talking with colleagues, Stiles began to realize that no one really had formal training, so he and Corey decided to team up in order to pass on their collective knowledge and help educate others.

“I’d like people to know that mere knowledge alone can change their perception about any subject they have a dislike for,” Corey said. “Give it a chance. Learn something new and develop an appreciation you never thought possible.”

The classes Corey and Stiles taught in Pinson this month stand as evidence that knowledge can help conquer fear, as not all attendees were snake enthusiasts to begin with. 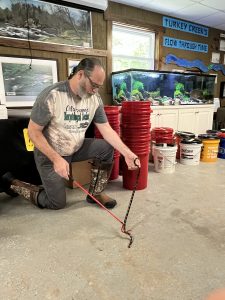 Raymond Corey shows the class how to identify an Eastern Coral Snake.
Photo by Crystal McGough

“We had a mother-daughter duo the first weekend,” Stiles said. “The mother came to the class with a lifelong fear of snakes and decided to tackle it. She ended the class working up the courage to hold several non-venomous snakes and safely moving a copperhead with the appropriate tools.” 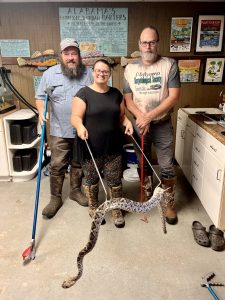 “After talking with friends that were conservation officers, animal control officers, and EMS personnel, I realized that no one got any training dealing with venomous snakes,” Stiles said. “This is a problem. We don’t expect them to go into an active shooter, car wreck, or other dangerous situations without training. Why is dealing with venomous snakes different? We hope to change that by offering classes specifically designed for these professionals.”

Following the two classes held at Turkey Creek, Corey and Stiles are now preparing for a two-day advanced venomous snake class, which is open to the public and still has a few spots remaining. This class will be held at the Ruffner Mountain Nature Center on Aug. 6-7, but spots are limited in order for each attendee to get adequate one-on-one training.

“The last two weekends have been wonderful,” Stiles said. “I have been excited to see the enthusiasm of our participants. Especially their interest in caring about snake conservation and how to safely interact with these important animals.”

For information on future classes, Raymond Corey and Jimmy Stiles can be contacted at AL.venomousworkshop@gmail.com.