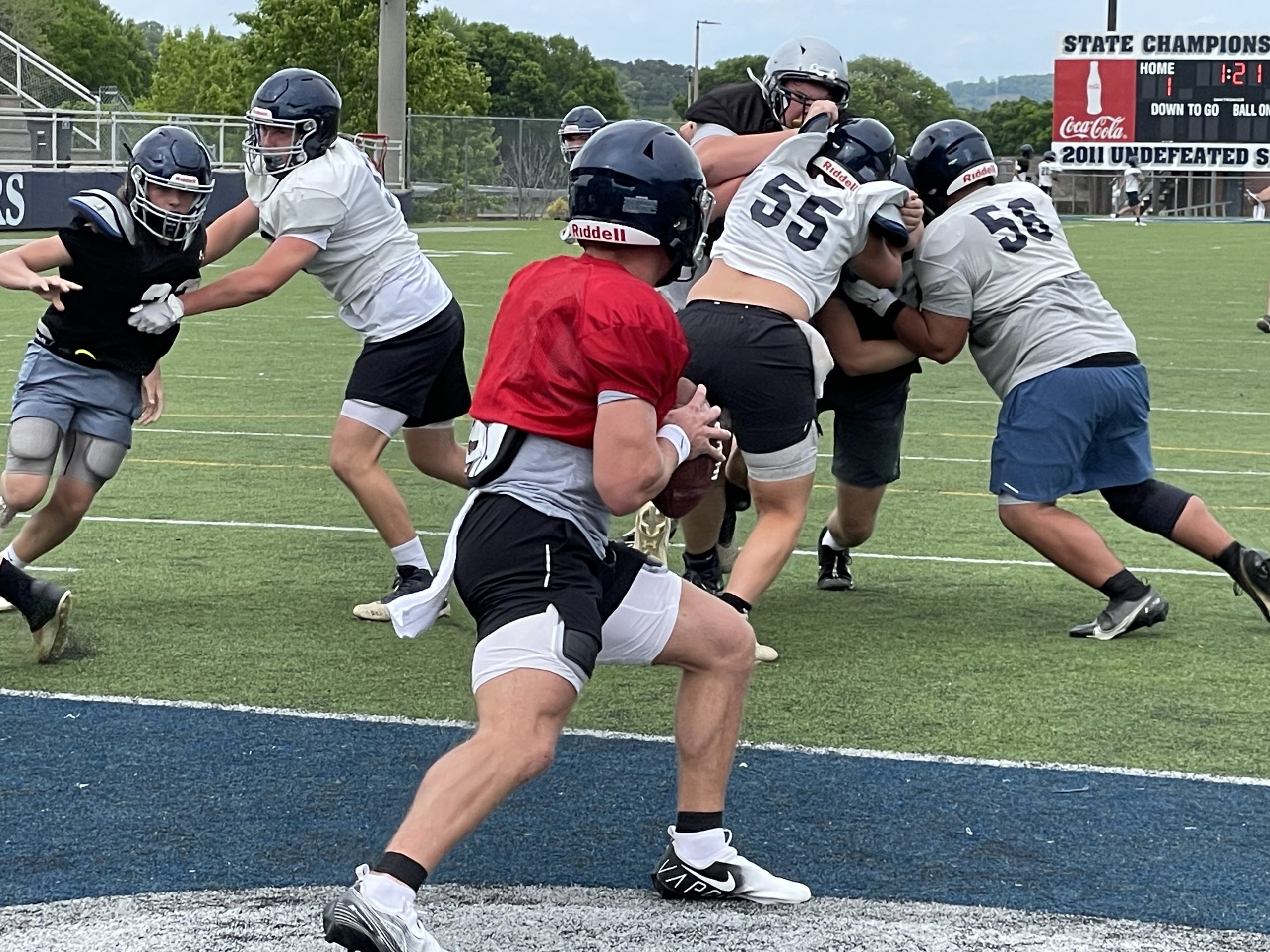 Moody High School's football team did much of their Spring training workouts at Clay-Chalkville High School. (Photo by Bobby Mathews)

We’re about three weeks away from the start of a 2022 football season that promises big changes, emerging players, huge games and lots of fireworks on the field. That means that we’ll continue to break down some of the key players, matchups and coaches to watch. 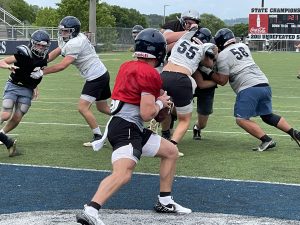 Moody High School’s football team did much of their Spring training workouts at Clay-Chalkville High School. (Photo by Bobby Mathews)

Let’s start off with Leeds vs. Moody, one of the biggest rivalry games in The Tribune’s coverage area. I haven’t talked much about Moody transfer Amon Lane, but everyone who’s seen him practice or seen him run track knows how fast he is. He’s going to be a bigtime contributor for the Blue Devils, but what a lot of people don’t know is just how physical he is. This is a kid who likes contact, and he’ll be a contributor on both sides of the ball.

That brings me to Leeds’ C.J. Douglas, who is a lot like former NFL player Roy Williams, who legendary coach Bill Parcels once described as “a biscuit short of being a linebacker.” Douglas has great athletic ability, and in the Green Wave secondary last season he was a terror to receivers and running backs. His preseason hit against a Helena player remains the hardest hit I saw in person last season, and it left that particular Husky wondering if anyone got the license plate of the truck that ran over him.

Lane and Douglas won’t really face off one-on-one much, but when Lane gets into the second level against Leeds’ defense — and he’s too good a talent not to do so — I expect some serious collisions between the two.

Douglas will be busy that game as well, as the Blue Devils’ Davion Dozier will always be a threat to take the ball to the house.

And as long as we’re talking about Moody vs. Leeds, we have to talk about Jake Ganus and Jerry Hood, right? This is Ganus’s first year as a head coach, and he has made huge strides in a short time. I saw the Blue Devils practice last season during a resurgent year that saw them nearly make the playoffs, and I’ve seen them this past Spring. They look like a totally different team, with a new level of aggression and focus that I believe is going to take some folks by surprise.

And then there’s the Green Wave’s Jerry Hood. A two-time state championship coach. Frankly, he’s a legend and deservedly so. And don’t let the good-ol’ boy persona fool you. Hood is sharp, and he is focused on making young men, not just football players. That’s admirable. He’s built a program at Leeds that makes the playoffs and always has a chance to make a run, and to beat the Green Wave under Hood, you have to bring your ‘A’ game for every down. His teams are disciplined and they don’t make mental mistakes. If they do, opposing coaches have to capitalize on them because there won’t be many.

So you’ve got the young, up-and-coming coach vs. the established and savvy veteran. I’m not sure there’s a bigger game in our coverage area than the Blue Devils vs. the Green Wave on October 14. I plan to be on the sidelines, for sure.

And what about Pinson Valley vs. Clay-Chalkville? Much the same as Leeds-Moody, you have a young, first-time head coach in Lee Guess who will go up against an experienced, state championship coach in Drew Gilmer.

The matchups I’m looking forward to there? Pinson Valley’s Amare Thomas is an excellent wide receiver, and when he gets to the next level against the Cougars, Alabama commit Jaylen Mbakwe will be waiting. This is a fascinating matchup on many levels to me because while athletically Mbakwe gets the nod, Thomas is a senior on an Indians squad that will come into that September 9 matchup with something to prove.

On the other side, there’s Mario Craver for Clay-Chalkville. Craver emerged as an elite prospect during the 2021 season, scoring 10 touchdowns on 937 yards receiving. He was a key reason the Cougars won the 6A state title. He has excellent speed, runs precise routes and has great hands. In the defensive backfield for Pinson Valley, TJ Metcalf awaits. Metcalf, a senior committed to Arkansas, is about as fundamentally sound a football player as you’re going to find. I doubt we’ll see them one-on-one very often, but Metcalf flies to the ball, so there’ll be potential to see how a couple of FBS-level talents match up multiple times during that game.

That’s all for now. I’ll break down some more of the matchups to watch next week.

Bobby Mathews is sports editor at The Tribune and the author of the novel, Living the Gimmick. Reach him on Twitter: @bobbymathews or email bobby.mathews@trussvilletribune.com.