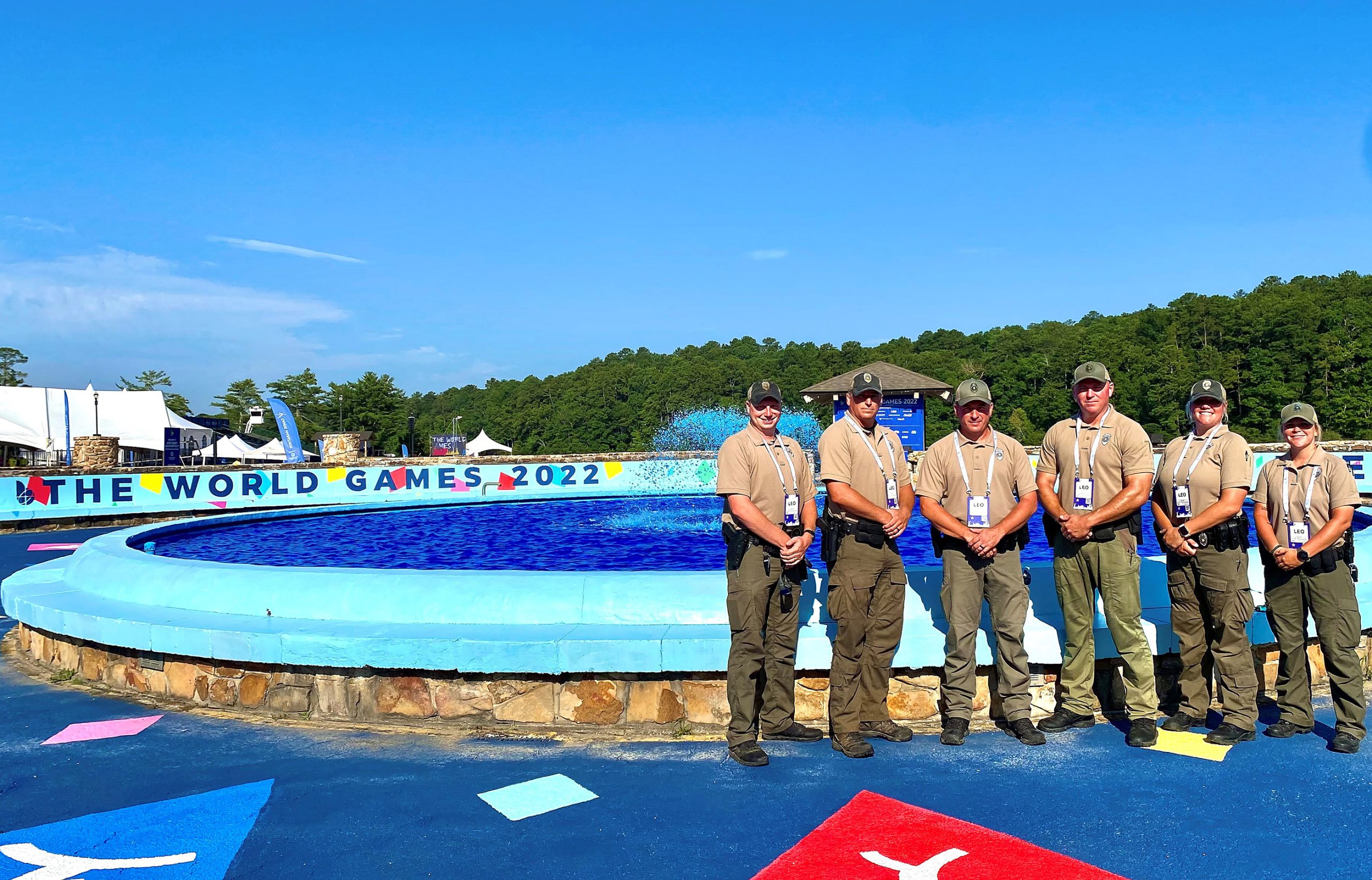 Being at the right place at the right time perfectly describes where Kirk Smith and Brett Makemson were during the recent World Games competitions at Oak Mountain State Park. 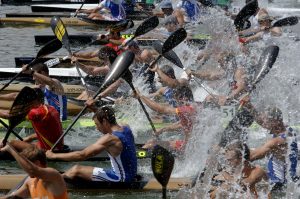 Smith and Makemson are Conservation Enforcement Officers (CEOs) with the Alabama Department of Conservation and Natural Resources’ Wildlife and Freshwater Fisheries (WFF) Division assigned to work security during the canoe, skiing and waterboard competitions at the World Games.

Smith and Makemson were in one of the WFF patrol boats in Double Oak Lake for the Women’s K1 Short Distance Finals in the Canoe Marathon when they positioned the vessel to watch the competition.

During the fierce competition, the canoe of Anna Zagorska of Poland collided with other canoes in the turn and capsized, and the WFF officers realized she was struggling.

“Our basic job was security,” Smith said. “I told Brett we’d get a little closer to the start/finish line and watch the race. It was during their turn 3, they came around in a tight bundle. There were probably 10 canoes in one group, and you could hear the paddles hitting and the canoes hitting together, knocking each other around.

“Then we saw one capsize. Brett and I were thinking she was just going to get back in the canoe, but she was reaching and reaching. We saw her hands reach up a couple of different times, and we decided we had better jump on it and make sure she was alright.”

Smith was at the helm and gunned the throttle to quickly reach Zagorska as Makemson moved to the bow of the patrol boat.

“She’s still struggling to get in her canoe,” Smith said of the 17-foot competition vessel. “Brett reaches down and grabs her by the arm. I grab her canoe and her other arm, and we pull her back to the stern of our boat, which has a ladder and swim step. We were able to get her on the swim ladder.

“Of course, there was a language barrier. She kept saying she wasn’t sure if she could finish the race. We were asking her if she was okay and slowly talking to her. She was nodding like she was okay.”

Of course, when competitors reach upper echelons of competitions, like the World Games, the desire to finish the competition is strong. 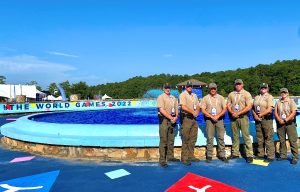 “Then she started reaching for her canoe, and we asked her if she wanted to get back in,” Smith said. “She was nodding yes, so we helped her get back in her canoe. We had to get a paddle out of our boat. We got her back in her canoe and handed her a paddle. She finished the race, but she finished last because of that ordeal.”

Zagorska rebounded the following day in the Standard Distance race to finish 11th among the 20 finalists.

“We just happened to be in the right place at the right time because she was struggling,” Smith said. “If you saw one of those canoes, you really just can’t climb in them. It’s difficult. And when they get water in them, they have to turn them all different kind of ways to get the water out. When they race, they actually make a lap, and then they get out of the canoe and run with it along the beach and then put the canoe back in the water and start paddling again.

“It was definitely exciting. I’m glad we were there. I’m just glad she was okay. She probably would have had to swim all the way back to the beach holding her canoe to get back in it, and she was struggling just to hold onto the canoe.”

Smith and Makemson were afraid their actions had caused Zagorska to be disqualified, but they checked the leaderboard, and she had a time, although it was six minutes behind the eventual winner Vanda Kiszli of Hungary.

“We were glad to see she didn’t get disqualified, but her life is more important than a medal at the World Games,” Smith said. “I’m glad we were there. We were definitely needed.”

Alabama’s searing summer temperatures were to blame for the only other incident Smith and Makemson had to deal with.

“There was a lull when there were no competitors on the lake,” Smith said. “We got a call that we had a swimmer in the water, swimming down the middle of the course. We ended up having to go out and get him. Come to find out, he was a guy working on the sound board and jumbotron who had gotten hot from putting up some of the equipment. I can’t blame him for that, because it was pretty hot.”

Fisher was stationed at the Emergency Operations Center (EOC) during the events at Oak Mountain, where officers also patrolled the area around the lake on ATVs.

Other than the canoe incident, Fisher said the security work was relatively routine. 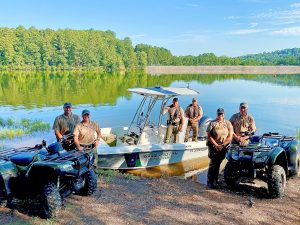 “After the canoe incident, we had several other vessels on the lake to help the athletes,” he said. “Other than that, we provided security and enforcement presence. Anyone who was at the lake had to have credentials or a ticket. We were requested by the Pelham Police Department to help because the games were being held on state property at Oak Mountain State Park. For the first few days, we were working with State Parks staff to find how people who weren’t credentialed were getting into the venue. We just had to reroute them out of the area. We didn’t have any problems, but there are so many walking, biking and horse trails that people can come in from many directions.

“It was very well organized by the Pelham Police and Pelham Fire departments. We worked well together. It was a once in a lifetime experience. I know that we all were excited to be able to help out.”

“Alabama CEOs are well-rounded in their abilities and skills and are at home on the water and in inclement environments,” Weathers said. “When it comes to boating safety, our officers put in many hours to ensure our waterways are safe for all of us. The assistance that our officers were able to provide during the World Games is a great example of just how adaptable they really are.”