Reflections: Preaching to the choir

It was one of the worst blunders of all time when Major John Armstrong said, “Baltimore’s the thing.” 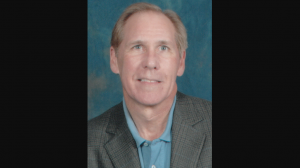 Armstrong was Secretary of War under President James Madison during a momentous time—the War of 1812. It was actually 1814 when the British fleet threatened the Eastern Seaboard. Many feared for the security of the U.S. capital–what was then called “Federal City.” Armstrong trusted in the fortifications in Baltimore, primarily the guns of Ft. McHenry. However, the British simply sailed around Baltimore and burned the capital.

Dolley Madison, the much-loved “Jackie Kennedy” of her day, saved the portrait of President Washington from the Executive Mansion, but not much else.

After their mission was accomplished, the British returned to Baltimore, shelling Ft. McHenry outside the range of the battery’s guns. And “the rockets red glare, the bombs bursting in air, gave proof through the night, that our flag was still there!” Baltimore gave us our National Anthem, but Baltimore didn’t save Federal City.

I thought of Armstrong recently when reading how the people in Judah had a futile hope, too (Jeremiah 7).

The prophet Jeremiah’s first sermon came when God instructed him to go to Jerusalem and preach to the worshipers in Solomon’s temple. One might think this was “preaching to the choir” since the people were in God’s house sacrificing and praising him, but Jeremiah had a straightforward message about their presumption. They believed since the temple and the ark of the covenant were in the city, they were safe from the rising Babylonian threat. And furthermore, they believed they could “check the box” in worship and lead lives of immorality, thus making the temple a “den of thieves”—a word Jesus later borrowed when he drove the moneychangers from the temple.

The late Dr. Dale Moody insisted this was the first “praise chorus” in the Bible!

We modern believers must hear this sobering word as well.

We must never think that sitting in church and hearing a sermon is enough to make us right with God. Attending church is a good thing, but church isn’t a good luck charm to protect us from God’s judgment. We cannot live in disobedience to God yet insist everything’s fine because we’re in church.

True religion isn’t fixated on a worship place or dependent on a single gospel preacher since God has so many of them. True religion is daily surrender to the Lord as summarized in a modern hymn: “You are the Potter, I am the clay; mold me and make me, this is what I pray.”