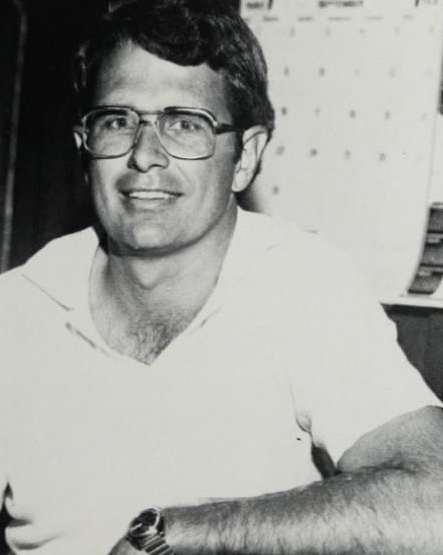 Editor’s note: This story originally appeared at svmounties.com, and is reprinted here with permission of the author. It has been lightly edited for style. 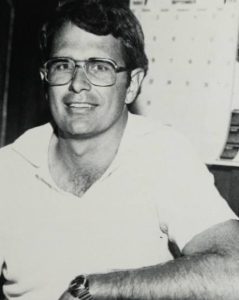 If anyone ever had the right pedigree to be a successful high school coach, it was Robert Higginbotham, or Coach Higg, as he is known to many. Coach Higginbotham was born into a football family. His father, Morris, was a coaching legend in Alabama. The elder Higginbotham coached for 25 years and won multiple “mythical” state championships at West Blocton and Enterprise. “I was very blessed to learn from my dad,” Higginbotham said. “He taught me to work hard and pay attention to the little things.”

Higginbotham was a star player at Hueytown for his father from 1963-1965. His play at quarterback for the Golden Gophers ultimately earned him a scholarship to the University of Alabama to play for the legendary Paul Bryant. Higginbotham played as a sophomore in 1966 and lettered for the Crimson Tide in 1967 and 1968.

“For my first three years at Alabama, I was sure I wasn’t going to be a coach,” said Higginbotham. I was in the business school.” He had a change of heart, changed his major and was given the opportunity to be on Bryant’s staff as a graduate assistant for two years. “Coach Bryant was the best coach ever, in my opinion, and was very good to me,” Higginbotham said. Learning coaching under Bryant was an excellent experience for Higginbotham and accelerated his learning curve.

Higginbotham says of Bryant, “He was very charismatic.” He recounted one particular instance in practice that showed Bryant’s, let’s say, charisma. “Coach Bryant always coached from his tower. As a player and a coach, you always had one eye on him up there,” Higginbotham said. “He would be quiet until he saw something.”

“Well, one Monday night, the offensive line had a terrible practice. Man, Coach Bryant came flying down from the tower and got on them pretty good,” said Higginbotham. “He always coached in hunting boots. He kicked every one of the linemen in their tails with those boots. That got their attention!”

After leaving The Capstone, Higginbotham joined “another great coach” in Jim Glover at Etowah High outside of Gadsden for the 1971 season. Higginbotham left Etowah after one season to fulfill his military obligation.

Higginbotham continued on the path to being a head coach by joining another famous Alabama high school coach. For the 1972 season, he would serve as an assistant coach on Shorty White’s staff at powerhouse Banks High School on the east side of Birmingham. The Jets would go undefeated that season and win the state championship with sophomore quarterback, and future Alabama star, Jeff Rutledge running the offense.

Higginbotham quickly parlayed his success as an assistant at Banks into becoming the head coach of Mountain Brook High School for the 1973 season. The young head coach knew there was an opportunity to be successful at the affluent Birmingham suburban school. There were doubters though and they seemed to be right after the Spartans won only a single game that first year. However, Mountain Brook took a big step in the right direction in 1974 and finished the season with a 7-3 record.

Higginbotham’s third year leading the Spartans ended with an undefeated season and the 1975 state championship. Mountain Brook’s march to the title was led by All-State running back Major Ogilvie. Ogilvie originally wanted to play quarterback when he arrived from Vestavia, but Higginbotham had other plans. “I gave him about a week and a half at quarterback before I moved him to running back,” said Higginbotham.

That move proved to be the right one. Ogilvie was a highly recruited running back and signed with Alabama after the 1976 season. Ogilvie would later team up with Higginbotham’s former quarterback at Banks, Jeff Rutledge, in the backfield of Alabama’s 1978 national Championship team.

The 1975 season had an additional highlight. The two Higginbothams finally squared off against each other as head coaches. Morris Higginbotham took his Hewitt-Trussville Huskies to Mountain Brook for the season’s third game. Son prevailed over father as the Spartans won 22-20.

Higginbotham took over at Shades Valley the next year and remained at the helm through the 1998 season. Higginbotham’s first Shades Valley team went 9-2, won the region title, and advanced to the playoffs for the first time since 1974.

Higginbotham had great success in his 22 years as the Shades Valley head coach, Higginbotham went 160-86-2. His teams won 11 region/area titles, made 14 playoff appearances, played in the state championship game twice, and made the semi-finals and quarter-finals once. The 1989 and 1992 teams were ranked in the top 25 nationally by USA Today.

Higginbotham carried the same attention to detail he learned from his father and Coach Bryant with him throughout his career. Former Mountie and Samford linebacker Brian Moore said, “one of the best things about Coach Higg is he knew how to coach us up. His attention to detail and working on the small things step by step.” Moore continued, “the conditioning and workouts we did prepared me for college. I was ready on day one because of it. He got the most out of every player, and it showed up when we played.”

Shades Valley High School has always been a different school from other schools in that it has never truly had a home community. “One of the things that was so rewarding about coaching at Shades Valley, and it was challenging too, was that we were so spread out,” Higginbotham said. “We were all the way from Bessemer to Irondale with our kids, and it was so rewarding to get them to play together when they sometimes didn’t really know each other when practice started.”

Despite the geographical challenges, the Mounties thrived, particularly from 1987 to 1998. One new trend in the high school scene seemed to benefit Shades Valley more than others. While 7-on-7 is common for high school teams today, in the late 80s, it was not. Shades Valley was one of the early adopters in the state. “We were one of the few schools that really got into 7-on-7 early,” said Higginbotham. “I thought it was so great for the quarterbacks, wide receivers, and defensive backs. You could really get a lot of work done in the summer.”

Higginbotham had experienced the thrill of winning state championships as an assistant and head coach early on in his career. While the two close losses in the championship games at Legion Field were extremely disappointing to him, Higginbotham says, “just getting to the games were highlights for me at Shades Valley.”

Higginbotham had numerous assistant coaches over the years. “Owen Butts and Rob Crawford were with me a long time, and they were great assets,” Higginbotham said. “Owen was with me the longest, and we had some great games and great times together.”

Former Mountie quarterback Wes McDanal says he remembers that Higginbotham, “was extra gifted at taking a team with not a lot of numbers, no elite talent, and molding and shaping us into winners.”

“We beat some more talented, bigger, and faster opponents because he made us disciplined, smart, and taught us to play together. We understood playing as a team, and most of our guys played both ways,” he said. “He taught us to love Valley. We would have died for him and the red and black!”

As good as Higginbotham was with the Xs and Os of the game, his true strength may have been in getting players to buy in and believe in themselves. Two-time Auburn All-American and NFL veteran Ben Tamburello played for Higginbotham at Shades Valley in the early 80s. “As a young man standing at the threshold of my future, when people told me I couldn’t, he told me I could. He really opened the door and gave me the confidence and encouragement to even go and try to play at TMI (prep school),” Tamburello said. “He was the type of guy that you need in your life and in your corner. I look back at all the football and things I’ve experienced, and I always tip my hat to Coach Higginbotham. Without the confidence, encouragement, and letting me know about the TMI opportunity, none of the other things would have happened.”

Patrick Hampton, a standout player on the 1987 team, said, “I have the utmost respect for him; he was a great coach. I loved playing for him and all of the coaches and my teammates. I gave 100 percent for him every day.”

Higginbotham’s final Shades Valley team in 1998 went 12-2, won the region title, and advanced to the semi-finals. The Mounties lost a heartbreaker in overtime, 35-42, to state champion Vestavia.

A change in the school administration at Shades Valley got Higginbotham thinking about exploring other coaching opportunities. Tuscaloosa County High seemed like the perfect fit at that time for the veteran coach, and so for the first time in 23 years, Higginbotham would don colors other than red and black on the sideline.

The transition to Tuscaloosa County was a good one for the long-time coach. “The kids were not spread out so much, and the community was great and really supported us,” he said. “We had a lot of success, so it worked out.”

Higginbotham indeed had a great deal of success in Northport. His 10-year record at County was 89-30. His Wildcats won 7 region titles, made 10 playoff appearances, and advanced to the quarterfinals three times.

Ironically, the last game he coached in was against the school where his head coaching career began. Tuscaloosa County lost to the Mountain Brook Spartans in the second round of the playoffs in 2008.

Higginbotham ended his coaching career with a 270-127-3 record. Only fourteen coaches have won more games than him in Alabama. He ranks number two in the state, only behind Spence McCraken, with 19 region/area championships. His 25 playoff appearances rank 20th on the state list (31 is the most by Vestavia’s Buddy Anderson). He was the first head coach of the Alabama team in the Alabama-Mississippi All-Star game and coached the team a second time as well.

These days Higginbotham is enjoying retirement. His mind is sharp, and he still sounds like he has more wins in him. “I’m enjoying retirement. I have a garden going, and my wife owns an embroidery business (Magic City Stitches). I go down and help her once or twice a week,” he said. “She put me in charge of collecting the money.”

Higginbotham’s advice to the 2022 Mounties is the same message he gave to his previous 35 teams. “Get out there and work hard, and believe in yourself,” he said. “You have got to believe you can win.”