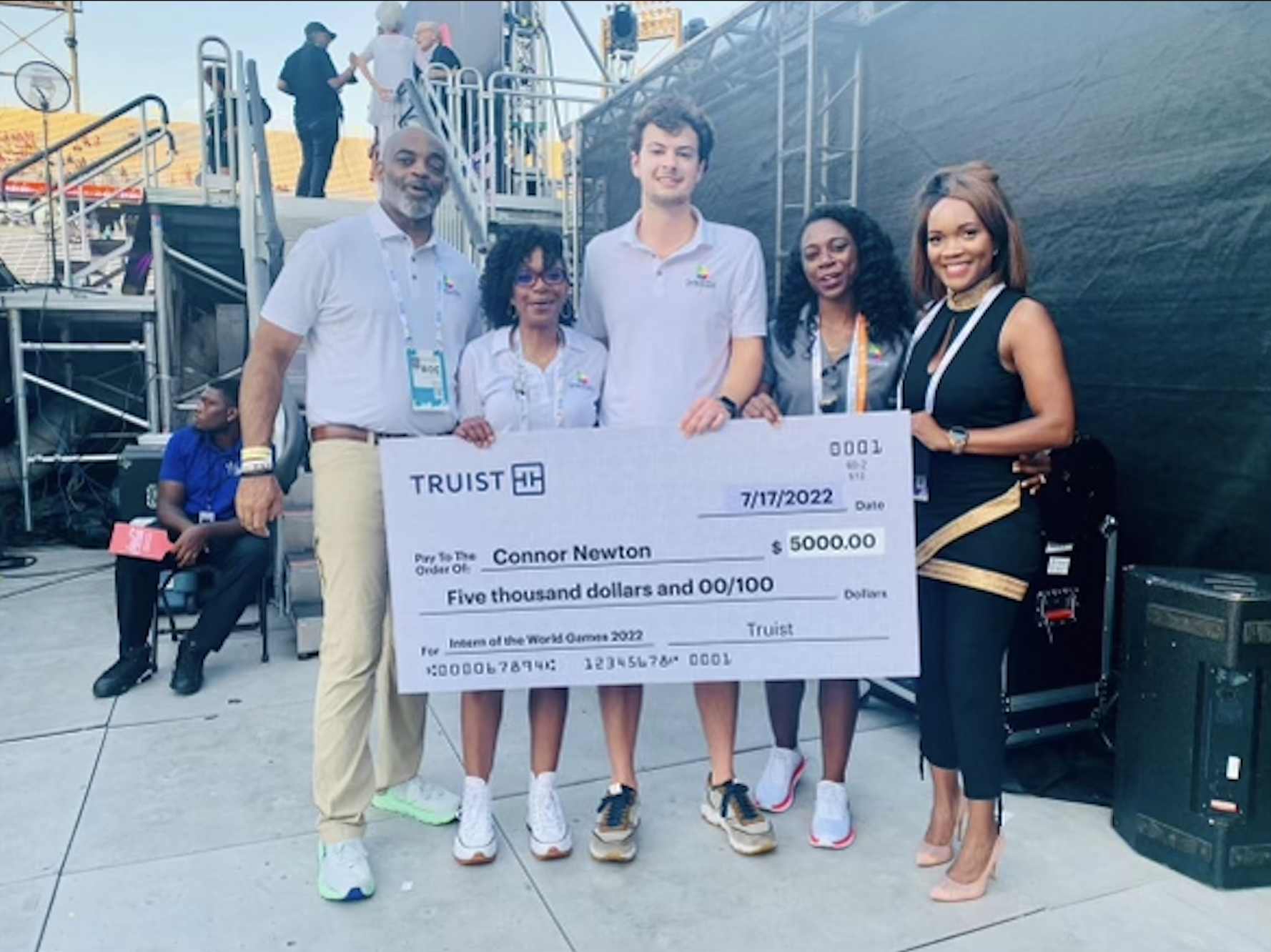 TRUSSVILLE — If you attended any of the World Games events at the Birmingham Jefferson Convention Complex (BJCC) last month and noticed how smoothly run the event was, you can thank Trussville native Connor Newton. 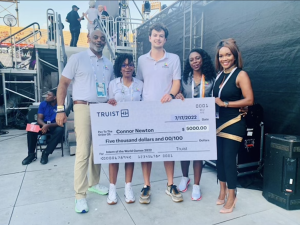 An accounting major at Auburn and the recipient of the Parker Boswell Internship Program, Newton came into his own as a leader at the 2022 World Games, organizing all of the volunteers for the seven sports competing at the BJCC’s five venues. A tall order for anyone, much less a 19-year-old who only graduated from Hewitt-Trussville High School a little more than one year ago. Of course, anyone who knows Newton understands he possesses a level of maturity and leadership skills beyond his age.

The Parker Boswell Internship Program, the official internship program for the 2022 World Games in Birmingham, was established to honor the legacy of Parker Boswell, a 2019 graduate of Spain Park High School in Hoover tragically killed in a car accident in September 2020.

Kathy Boswell, Parker’s mother and Executive Vice President of Community Engagement with The World Games, selected Newton for the internship which, Newton said, carried with it an enormous amount of responsibility as well as a chance to get to know – and be inspired by – the Boswell family.

“It was definitely an honor,” said Newton. “It was very touching being up on stage receiving the award. The Boswells are pretty much like family to me. Kathy and I have gotten really close through the last two years.”

Throughout the World Games, Newton worked behind the scenes on many tasks but was primarily responsible for organizing volunteers for dozens of roles throughout the ten-day event. He spent weeks combing through spreadsheets of names and phone numbers, recruiting approximately two hundred individuals to help the events at the BJCC run smoothly.

“I would delegate them out to specific spots. Someone would be a ticket scanner or work the guest services booth, man the hospitality lounge and restock the Coke machine, things like that,” Newton explained. “That was what the job really entailed. I didn’t really even get to watch the sports that much because I was running around being super busy.”

The volunteers came in all shapes, sizes, experience levels, and ages, but looked up to Newton, trusting his decision-making skills and viewing him as a true leader despite his youth. Together, he said, they faced daily logistical challenges while helping put the city of Birmingham in a positive light for the entire world to see.

“Honestly, most of the volunteers were incredibly respectful of my age,” said Newton. “They realized that I was able to lead with authority and that I had everything taken care of. They really stepped up and filled roles that they didn’t exactly have to do. They did a really good job.”

The work Newton and his team of volunteers accomplished didn’t go unnoticed by the various international sports communities who arrived in Birmingham for the competition. Newton, for instance, met with members of the International Korfball Federation – a co-ed sport resembling a primitive form of basketball – who were impressed with the Magic City.

“They were thrilled with it and just amazed that such a small city could have done something so well,” Newton said. They were from the Netherlands and Australia and they were very pleased.”

Now that the World Games are over, Newton will soon begin his sophomore year at Auburn. After graduating with his degree in accounting, Newton plans to attend law school and work professionally as a lawyer. However, Newton said this experience and relationship he developed with the Boswell family, especially Kathy. Newton said watching her lean upon her faith and respond to the tragic loss of her son was truly an inspiration.

“Kathy is a person of faith and you can tell that she has a very good relationship with God and that she’s a strong Christian just by interacting with her,’ Newton said. “I think that that’s what grounded her through the process of losing her son.”

“She’s just so strong and her relationship with God is strong, and for me to see that on display really took her from being my boss into a really good lifelong friend,” Newton added. “I just had such respect for her. She could ask me to do anything and I would have done it for her.”

In addition to The Paker Boswell Internship at the World Games, Newton was awarded a $5,000 scholarship sponsored by Truist Bank.