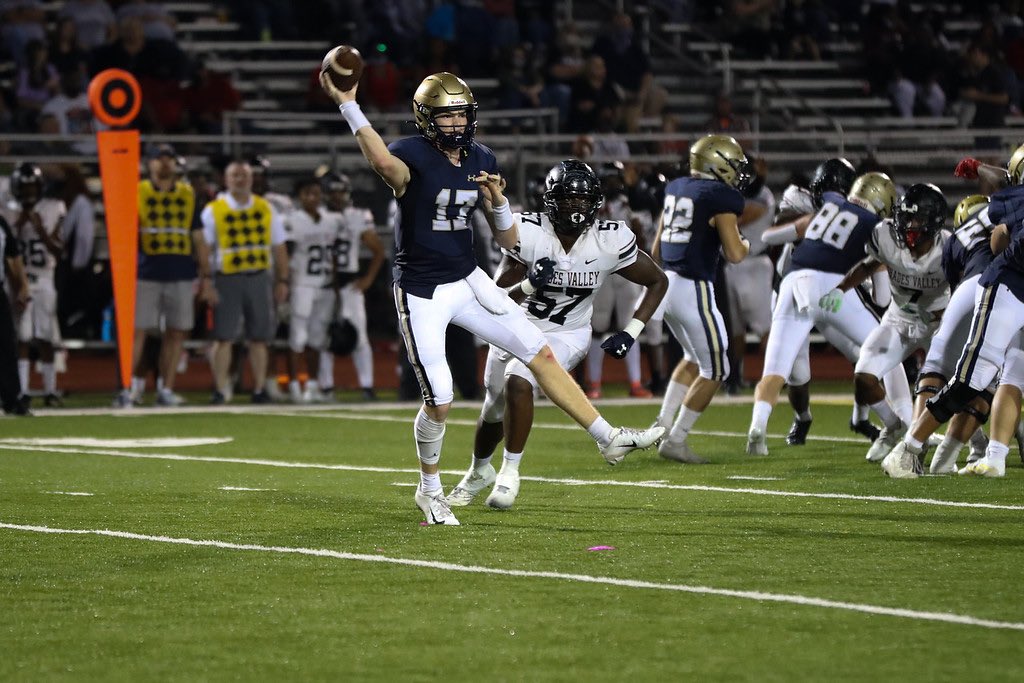 A Shades Valley defender closes on opposing quarterback in 2021. The Mounties have geared up in the offseason to prepare for an even tougher schedule in 2022.

IRONDALE — The Shades Valley football team put in the work over the offseason, including going 5-1 over a two-week span during 7-on-7 against tough competition at one point during the summer. 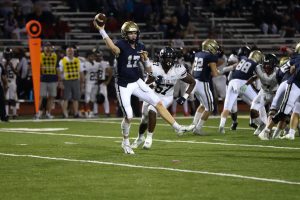 A Shades Valley defender closes on opposing quarterback in 2021. The Mounties have geared up in the offseason to prepare for an even tougher schedule in 2022.

The purpose of 7-on-7, which is played without pads, is to give skill players on either side of the ball a chance to hone those skills in preparation for the upcoming season.

The Mounties welcomed Midfield and Oxford into Frank Nix Stadium and went 2-1 in the 7-on-7 competition with a win over the Patriots and a win over the Bulldogs to avenge a loss earlier in the day to Anniston.

The Valley receiving corp continues to improve and is building depth for the upcoming season. Junior quarterback Steve Brown hooked up with Christian Thomas, Quincy Crawford, Korda’e Harper, and Ji’Quez Daniel for scores.

Nelson was pleased with the effort of his offensive line in 11-on-11. “Our offensive line got a chance to compete against some good competition from two good football programs,” he said.

The Mounties will be a young team when they take the field against Stanhope Elmore to start the season, but Nelson likes what he sees thus far. “The kids, overall, are learning how to compete on both sides of the ball,” he said.

A week prior, Shades Valley got another taste of good competition when they headed over to Hoover. The Mounties traveled to Spain Park, a 7A Region 3 school, to take on the Jags, Hueytown and Helena.

Hueytown, of course, made the finals in the 2021 6A state championship game, losing only two games all season — both to eventual champion Clay-Chalkville. Helena was no slouch either, as the Huskies finished 9-2 and also made the 6A playoffs.

The Mounties went 3-0 in the 7-on-7 competition. In the 11-on-11 competition, Shades Valley defeated Spain Park and dropped two close contests to the Golden Gophers, led by former Mountie quarterback Earl Woods, and the Huskies.

But second-year head coach Reuben Nelson was pleased with some aspects of the Mounties’ play.

The Mounties’ players feel like they are making solid progress as a team.

“The team performance was great. I feel like we are coming together as a team,” said junior linebacker Ethan Johnson.

His teammates backed him up.

“I feel like we performed great as a team, stepped up to the plate, and competed with some of the best,” added junior quarterback Steve Brown.

Brown had a big day throwing to the Mountie receivers.

Thomas, who had a huge day, had possibly the most spectacular reception of the day.

Senior linebacker Kordell Steele said the defense played well overall, “but we need to start being more aggressive. Other than that, we are looking good.”

Shades Valley has shown throughout the offseason that they won’t be satisfied with the 3-7 record they earned in 2021, and signs of that began during the Mounties’ spring game against Springville, where Shades Valley won both halves of the game against the Tigers.