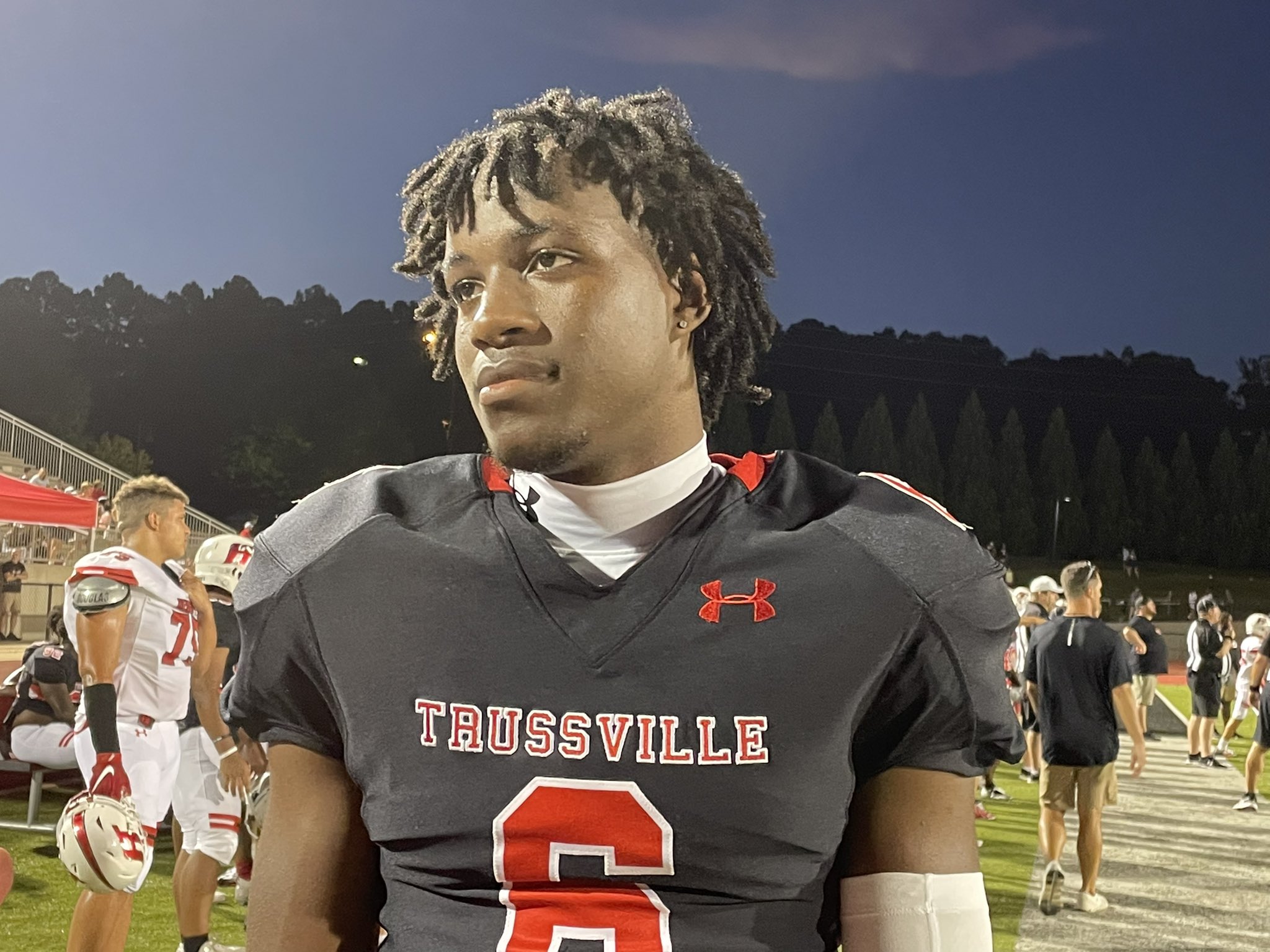 TRUSSVILLE — Rickey Gibson gave his parents a gift they’re not likely to forget. The Hewitt-Trussville senior DB committed on their wedding anniversary to play college for the Tennessee Volunteers. 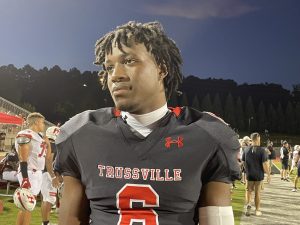 Gibson, a three-star recruit with potential to become a game-changer due to his size and speed, will again play corner for the Huskies. An offseason weight-training program has seen the talented prospect put on muscle while retaining his speed and vertical leaping ability.

He was also being recruiting heavily by Arkansas, Appalachian State, Alabama State and Arkansas State.

The Volunteers had long seen the potential in Gibson, and that meant a lot to him.

“They’re different because they started on me young, and every time I’ve been down there I grow more and more in love with the staff and team,” Gibson said, adding that he saw his own growth as a benefit to himself and the Volunteers. “Just playing for Coach (Willie) Martinez … he is a guy that has a lot of people in league, so it will be cool for me to see how I develop under him.”

Martinez is no stranger to success on the gridiron, as the Volunteers explain.

“In total as both a coach and player, Martinez has been a part of 23 bowl game appearances and six conference championships, including multiple SEC titles at Georgia,” the UTSports.com bio of Martinez states. “He played on Miami’s 1983 national championship team. Over the last 19 seasons, Martinez has mentored 22 all-conference selections, seven All-America performers and numerous NFL Draft picks. The 2022 season will be his 16th in the SEC.”

Tennessee presents Gibson with an opportunity to play in the SEC — he’s the third Hewitt-Trussville defender to commit to a FBS-level program within the last month — but to bolster his stock in pursuit of one day playing in the NFL.

“Under Martinez’s leadership, Tennessee produced multiple defensive back draft picks in the first six rounds of a draft for the first time since 2000 when Jackson and Taylor heard their names called in April 2022,” UTSports.com states. “Taylor went pick No. 49 overall in the second round to the New Orleans Saints, while Jackson’s hometown Tennessee Titans took him in the sixth round at pick No. 204. The Vols were one of only three SEC programs and eight teams nationally to produce multiple defensive backs in the entire 2022 NFL Draft.”

Gibson has a reputation of being a stellar defender with his closing speed and ability to lock down wide receivers, a reputation earned after only one year starting in the Huskies’ defensive backfield. He’s looking forward to bolstering that reputation with the Volunteers.

“(That’s) just from me playing the position for one year, so imagine what I could do with the right coaches and my speed,” he said.