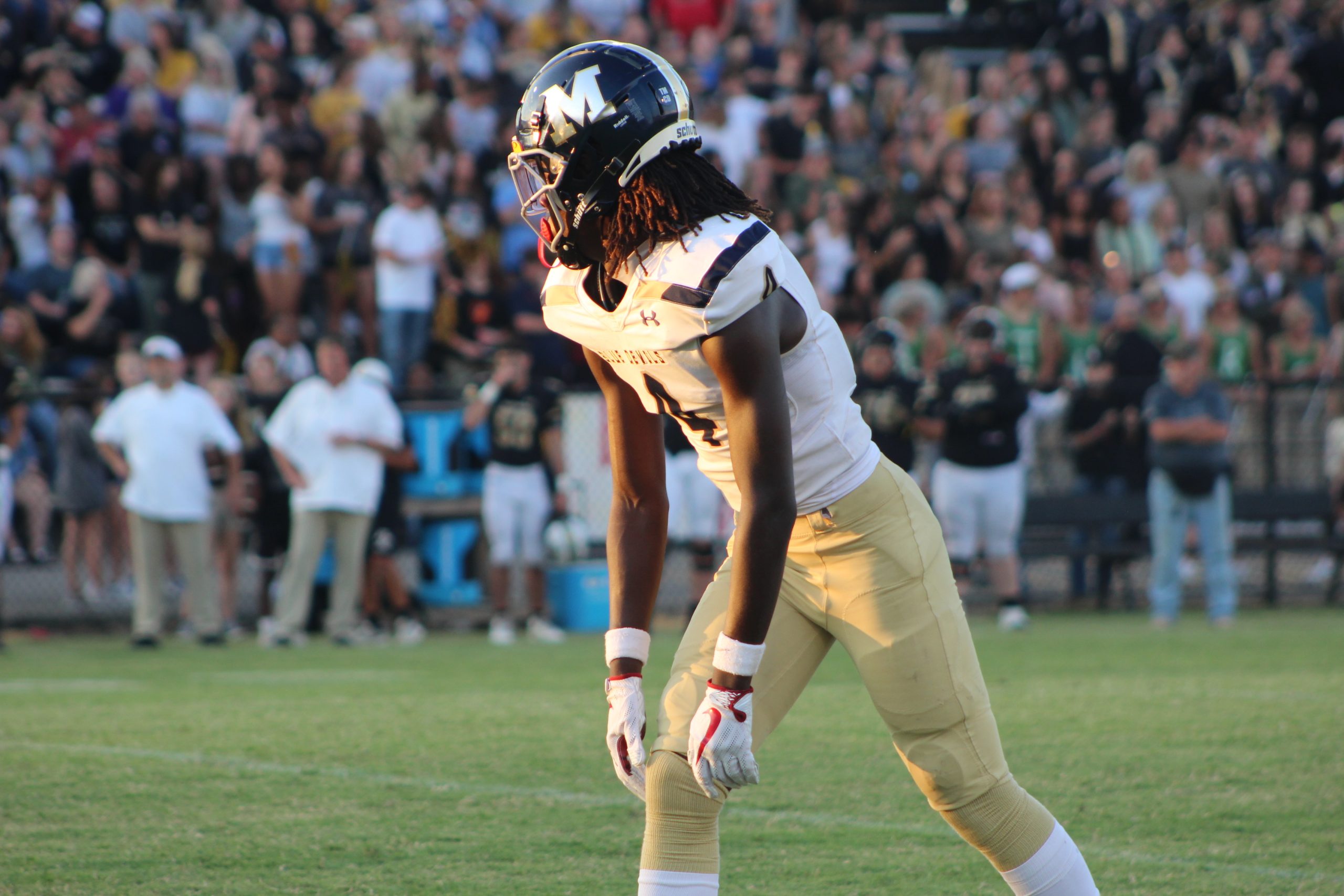 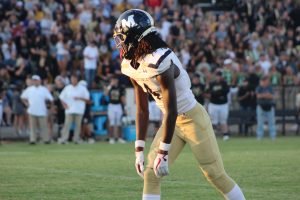 In the win over Pell City, Moody ran two successful fake extra point attempts for two-point conversions, recovered on an on-side kick to start the second half, ran a Pell City fumble back for a touchdown, and continuously spread the Pell City defense wide leaving gaping holes for Blue Devil backs and receivers to gallop through at will.

The offensive start of the game was Davion Dozier, a 6-4, 200-pound senior wide receiver. Quarterback Cole McCarty’s favorite target on the night, Dozier shined in the 2022 season opener with eight receptions for 235 yards, three touchdowns, and was one yard short of a fourth score — in the first half.

“When you give the ball to No. 4, good things happen,” said Ganus. “If you knew how hard he’s worked since I got here in January and how much he’s grown as a young man. It goes way passed the football field. He’s destined for greatness.”

Most of Dozier’s production came after the catch as the receiver proved to be exceptionally tough to tackle, stiff-arming and throwing off defenders all night, defying his lanky frame.

“Everyone says I’m small and I’m skinny but I’m physical,” said Dozier, who has committed to play college football for the Arkansas Razorbacks. “I put a lot of work in the weight room and a lot of work on and off the field, so that’s what helped me to do that tonight.”

Running back Blaine Burke got things started for the Blue Devils, scoring on a five-yard run on Moody’s opening drive with 11:04 on the clock. Pell City kept things close for a while in the first half, Moody’s defense stopped Pell City on their opening drive, answering with a drive that found McCarty scrambling multiple times before lasering the pigskin to his favorite target twice in important situations; once on a fourth-and-long finding Dozier at the six-yard-line, followed by some clever improvisation as McCarty finding Dozer in the end zone. The extra point was no good as Moody opened to a 13-0 lead with 5:40 left in the first quarter.

Pell City answered with a 55-yard touchdown run with 4:06 left in the first quarter, but that would be as close as the Panthers would come as Moody’s defense rose to the challenge to shut them down to close out the first half with 35-14 lead.

“At the end of the day, we knew it was going to be a physical game,” said Ganus “Our defense really stepped up there in the second quarter and got two huge stops when it was still pretty close.”

In his debut as Pell City’s head coach, Steve Mask said while the result wasn’t what he had hoped for, there were many positives to focus on as the Panthers regroup after several sub-par seasons.

“We ran the ball pretty good, but we just couldn’t stop them there for a while. We had a turnover, got behind two touchdowns, and panicked a little bit I think,” said Mask. ”Give Moody a lot of credit. They’ve got a good team. They’ve got a good quarterback, a guy going to the SEC and you can see why.”

In the end, the night belonged to Moody and their new head coach. “Really, I’m just proud of all of our guys,” said Ganus. “We fought hard. It’s been a long journey since January and I’m just really happy that we got to this point.”

Moody will be at home on week two, hosting the Sylacauga Aggies on Friday, August 26.