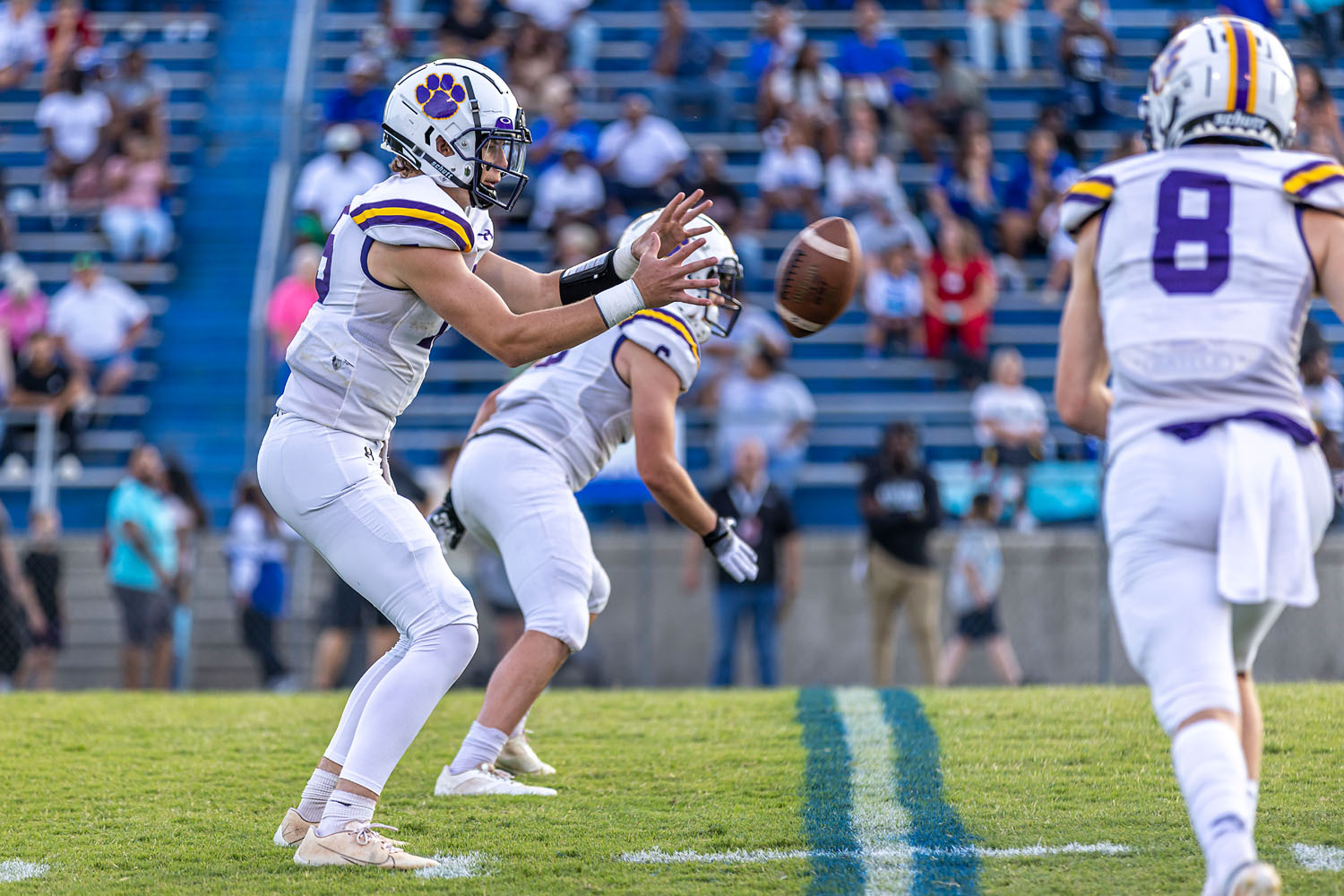 SPRINGVILLE — It was a rough night for the Springville Tigers as the Mortimer Jordan Blue Devils spoiled their home opener, 38-0. 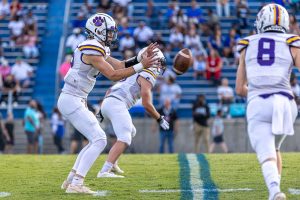 Springville lost to Mortimer Jordan on Friday, August 26. The Tigers are 0-2 on the season so far. (Photo by Ron Burkett)

The young Tigers squad was looking to bounce back after an opening week 35-0 loss to Etowah County on Thursday, August 19. However, penalties, turnovers, and inconsistent play hampered the Tiger’s ability to deal with the Blue Devils.

The Tigers received the opening kickoff and started the game on a positive as sophomore Brandon Thrasher returned the kick to the Tigers’ 41-yard line. However, Springville’s troubles quickly began as quarterback Asa Morrison was forced to call a timeout on the Tigers’ first play of the game.

Springville Head Coach Jon Clements accepted the blame for the confusion on the opening play but also said that the team has to learn to be consistent and develop where it counts the most – between the ears.

“We can’t we can’t start the game with a timeout. It’s just bad and that’s my fault. We’re better than that,” said Clements.

Throughout the night, Springville’s offense was able to move the ball on Mortimer Jordan’s offense and, despite the final score, actually played well defensively much of the game. However, Clements said his team has to learn how to put solid series on both sides of the ball together and close the deal.

“Somewhere along the line, the consistency factor has got to happen,” said Clements. “I felt like tonight we showed some flashes of light, but then for some reason, we can’t keep it going.”

Despite the loss, Clements said he believes the football program is moving in the right direction and will dramatically improve throughout the season as the young team develops and leaders begin to emerge. For instance, he pointed out Jake Connor, a sophomore cornerback who celebrated his 16th birthday on Friday.

“I saw Jake Connor play a hell of a football game tonight. I saw him take a challenge from the defensive staff to tackle better and play with more aggression,” said Clements. “I saw that out of him tonight and he’s still a young.”

“I think there are 87 kids that believe what we’re doing. We just got to do it better. It’s not a win-loss thing. It’s a pride thing and it’s a self-determination thing,” added Clements. “We got eight more weeks of football to play and in eight weeks we’re going to figure out who we are.”

The Mortimer Jordan Blue Devils rushed for 203 yards on 42 carries and were 7-of-16 passing for 81 passing yards. Springville gained 159 total yards, 86 yards coming on 33 rushing attempts and 73 passing yards, completing eight of 14 attempts.