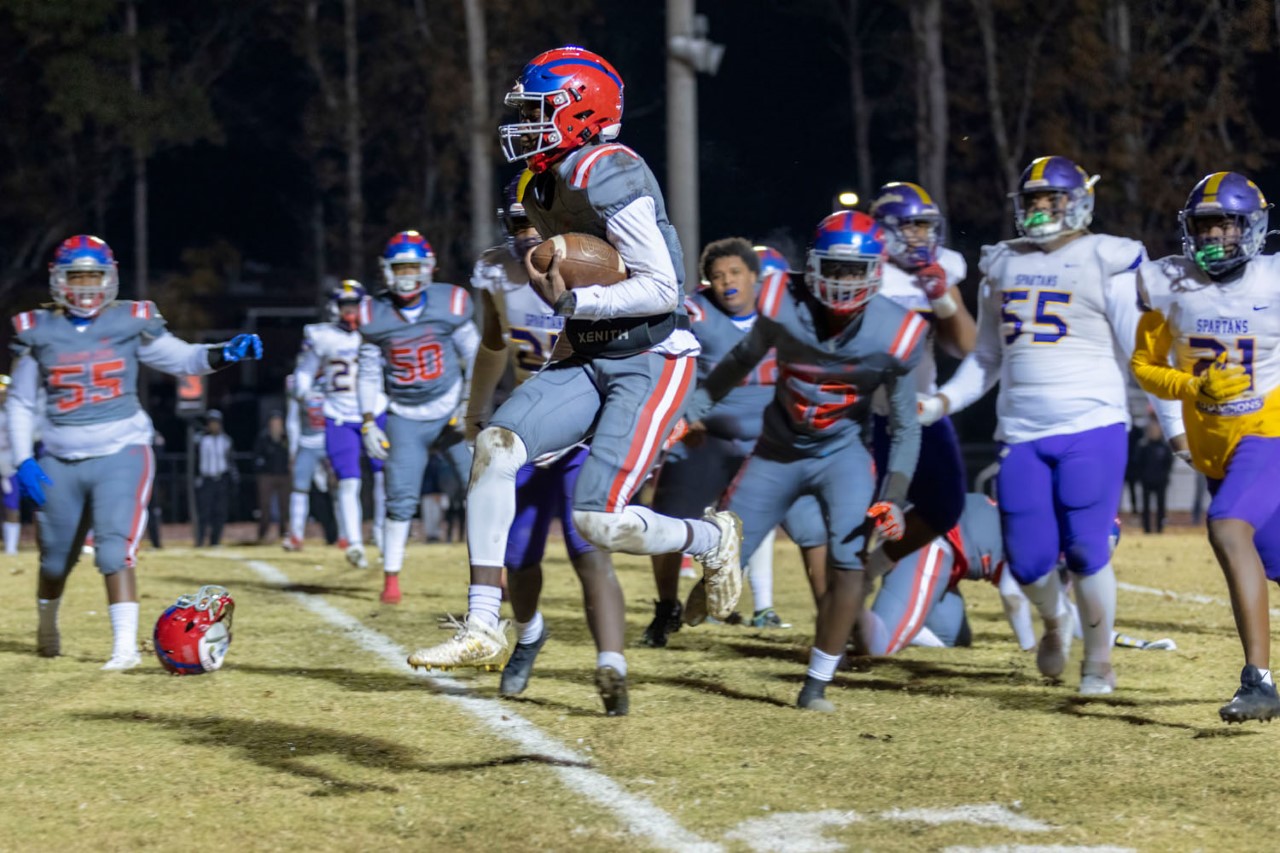 By Todd Robinson, For The Tribune 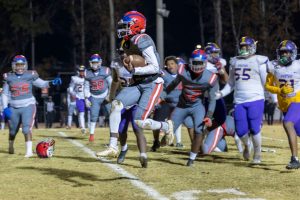 Senior quarterback Jabari Collier went off, going 10-13 for 273 yards and two touchdowns while also rushing for 102 yards on 13 carries. Troy Bruce had a quiet night for him with 85 yards on 16 carries and three touchdowns.

Center Point’s defense held the Vikings in check for most of the night, limiting the home team to 192 yards overall and only 56 yards on the ground.

The Eagles got on the board with less than two minutes gone on the clock as Bruce scampered 17 yards for a score and Collier added the two-point conversion to make it 8-0 with 10:22 left in the first quarter.

Collier then hit Deontae Shufford for 34 yards and a score, and Holloman hit Mekhi Brown on the two-point conversion to make it 16-0 for Center Point with 2:07 left in the first.

Kicker Antionio Sebastian added a 22-yard field goal — his first of two on the night — with 9:30 left in the second quarter and the Eagles led 19-0.

From there, Bruce added to the Center Point lead with a 12-yard run for a score. The two-point try was no good, and the Eagles led 25-0 with 2:08 left in the half.

The Eagles lost the shutout as time wound down in the first half, giving up a 65-yard pass play for a touchdown. The Vikings’ PAT attempt was no good, and it was 25-6 after two quarters of play.

After a scoreless third quarter, Sebastian added a 24-yard field goal to make it 28-6 with 11:03 left in the game, and then Bruce broke loose a few minutes later for a 35-yard touchdown.

Sebastian kicked the extra point, and that made it 32-6 for Center Point, which earned its first-ever 6A Region 6 victory.