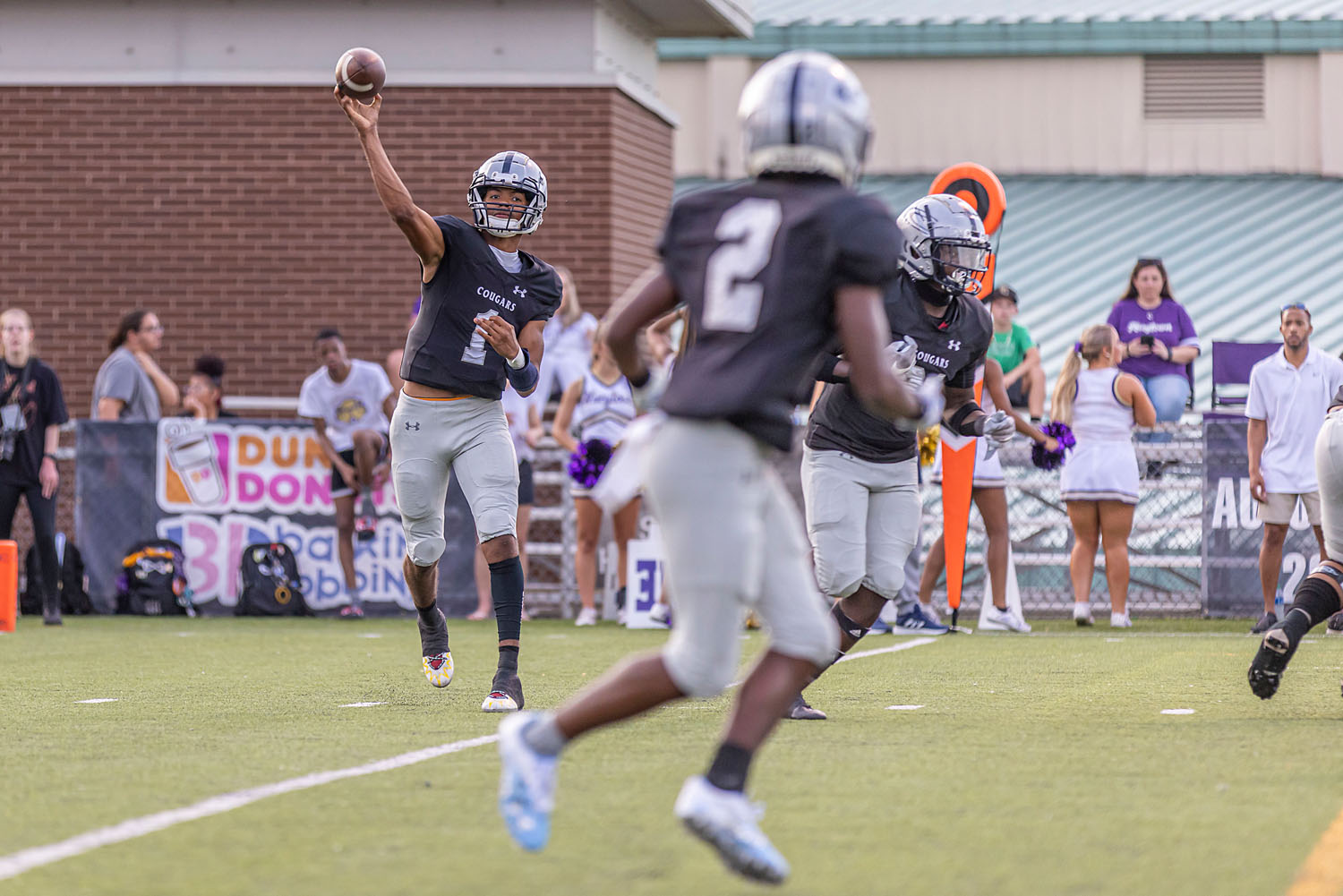 CLAY-CHALKVILLE —The Cougars dominated the Pell City Panthers 58-0 at home Friday night to remain undefeated and push their winning streak to 19 games dating back to their 16-0 campaign in 2021. 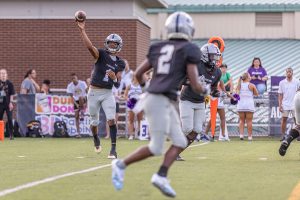 Rodrekus Johnson put the first points on the board for the Cougars with barely 4 minutes off the clock in the first quarter with a 1-yd touchdown run. A pick from DeAntuan Matthews gave possession back to the Cougars after the kickoff, and then star wide receiver Mario Craver returned to action on Clay-Chalkville’s ensuing possession.

Craver had sat out the first two games of the Cougars’ season, but quarterback Kamari McClellan wasted no time in finding him for a 20-yard touchdown pass to make it 12-0 after an unsuccessful PAT.

Johnson rolled up another touchdown on Clay-Chalkville’s next possession, going 10 yards up the middle into the end zone to put the Cougars up 18-0.

McClellan found Craver again for  another score on a 9-yard pass and a successful two-point conversion from McCray to up the lead to 26.

The Cougars weren’t done. Bravis Cave slipped into the end zone from one yard out to add 6, and a successful 2-pt conversion put the Cougars up 34-0 to end the first quarter.

The second quarter belonged to the Cougar defense. Linebacker DJ Barber added to the lead with a pick six to start off the quarter, making it a 40-0 ballgame at the 10:08 mark. Jaylen Mbakwe put on another 6 for the Cougars with a 65-yard reception from McClellan. McCray added the two-point conversion to give the Cougars a 48-point lead at halftime.

The Cougar defense reared its head again in the third with a safety to increase the lead to 50-0. Sophomore Adam Osley put the last 8 on the board in the fourth with a 4-yard touchdown run and a 2-point conversion.

Cougar Head Coach Drew Gilmer was thrilled to have some of his younger players get to see the field in the second half.

“I thought we came out and executed pretty good the first half,” he said. “They just made some mistakes and turned the ball over, and we were able to capitalize on it. But it was good to see our young guys come out and execute. We’re going to watch some film and evaluate and get ready for next week.”

Rodreckus Johnson led the Cougar offense with 7 carries, 67 yards and two touchdowns. Quarterback Kamari McClellan went 9-13 with 200 yards and 3 touchdowns. Alabama commit Jaylen Mbakwe had 3 receptions on the night, 97 yards and one touchdown.

The Cougars take on region rival Pinson Valley on the road on Friday, September 9th at 7 p.m.