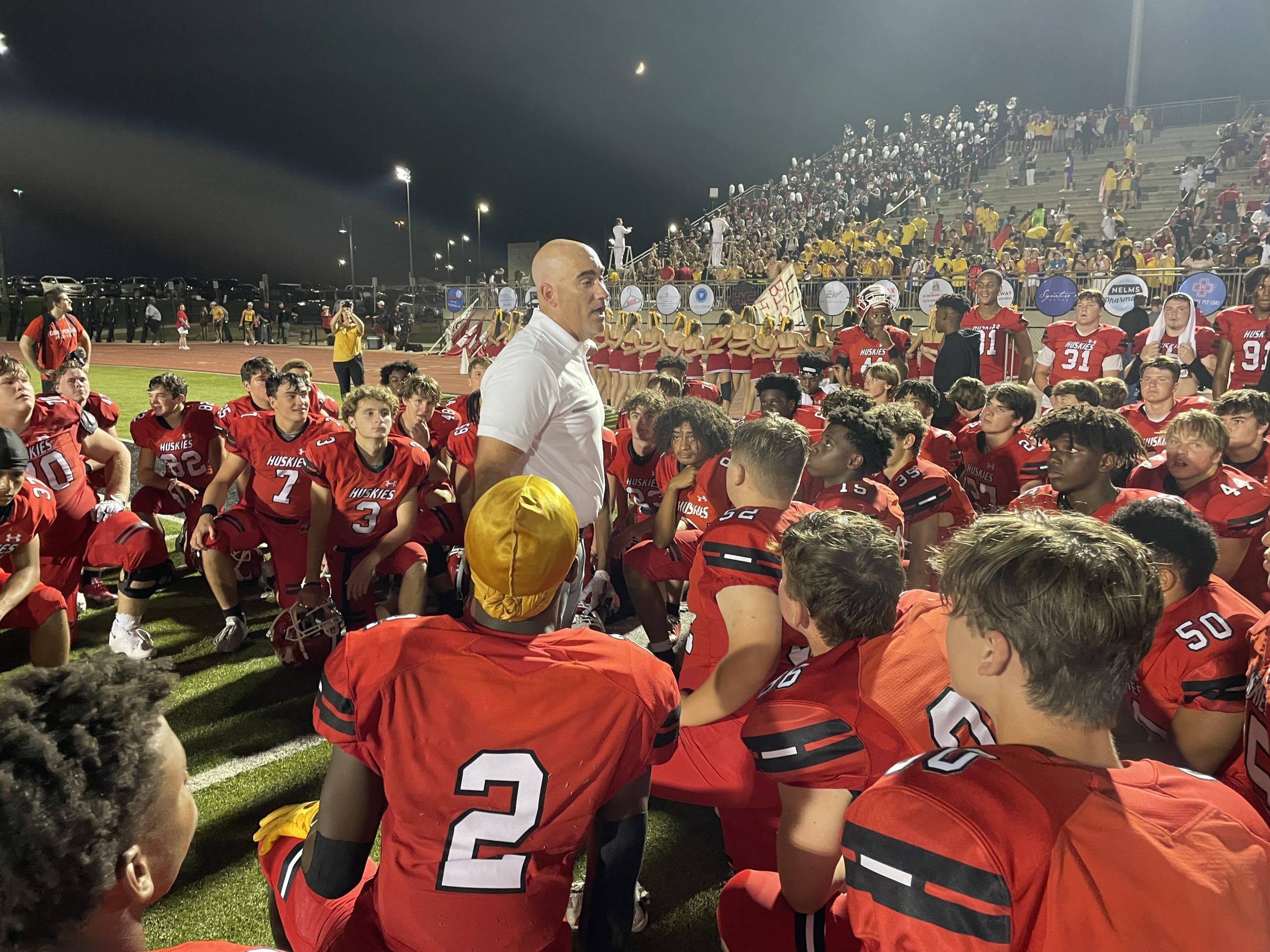 TRUSSVILLE — The Huskies rolled up 555 yards of total offense and quarterback Peyton Floyd had a hand in six touchdowns as Hewitt-Trussville easily handled Oak Mountain to get its first 7A Region 3 win of the 2022 season, 48-14. 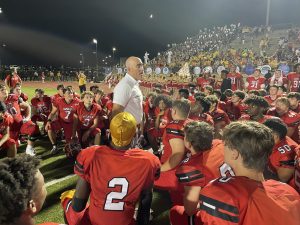 Floyd ran for 113 yards and four touchdowns, and went 19-of-25 for 273 yards and a pair of scores on a night when almost everything seemed to be clicking for the Huskies.

The defense set the tone, too, getting to Oak Mountain quarterback Will O’Dell early and often. Junior defensive lineman Tyrell Averhart had three sacks on the night. O’Dell went 7-for-17 for 57 yards on the night, most of which came on one play in the fourth quarter.

“I thought we were the more physical football team,” Hewitt-Trussville head coach Josh Floyd said after the win. “I thought we really won the battle on the line of scrimmage. Defense really set the tone. I think they (Oak Mountain) had something like 39 yards in the first half, something like that.”

The Huskies never trailed in the game. They took the lead with 9:30 left in the first quarter when Floyd hit Kadarius Barnes for a 19-yard touchdown. Riley Rigg added the PAT, and Hewitt led 7-0.

A few minutes later, Floyd struck again — this time with his feet — running for a 38-yard touchdown. Rigg’s extra point was good, and with 4:01 left in the first quarter, it looked like the Huskies might put it away early. But on the ensuing kickoff, Oak Mountain’s Devan Moss found a hole and went 92 yards for a touchdown to put the Eagles on the board. Garrett Murphey added the extra point, and it was 14-7 with 3:45 left in the first.

“I honestly felt like if executed, we’d be the better team,” Peyton Floyd said after the game. “The O-line played really good tonight. Receivers made plays, running backs made plays. I thought the coaches called good plays for us, and we just executed.”

Hewitt answered the bell on their next possession as Floyd ran for a 12-yard score. A missed PAT made it 27-7 with 1:24 left in the quarter.

After the break, Hewitt’s defense allowed its only score of the night as Davion Foster rushed 20 yards for a touchdown to make it 41-14. But overall, the defense looked just about as nasty as advertised.

“What changed the game was stopping the run,” said senior linebacker Braylon Chatman. “Coaches emphasized that all week because they’re a heavy run team. So coaches said that if we could stop the run, we were going to beat ’em.”

Floyd then put the game away in the fourth quarter with a 52-yard burst that found paydirt with 11:33 left in the game. That made it 48-14, and the Huskies cruised from there, substituting players en masse with a little more than six minutes left in the game.

This is the seventh straight year that Hewitt-Trussville has beaten Oak Mountain.