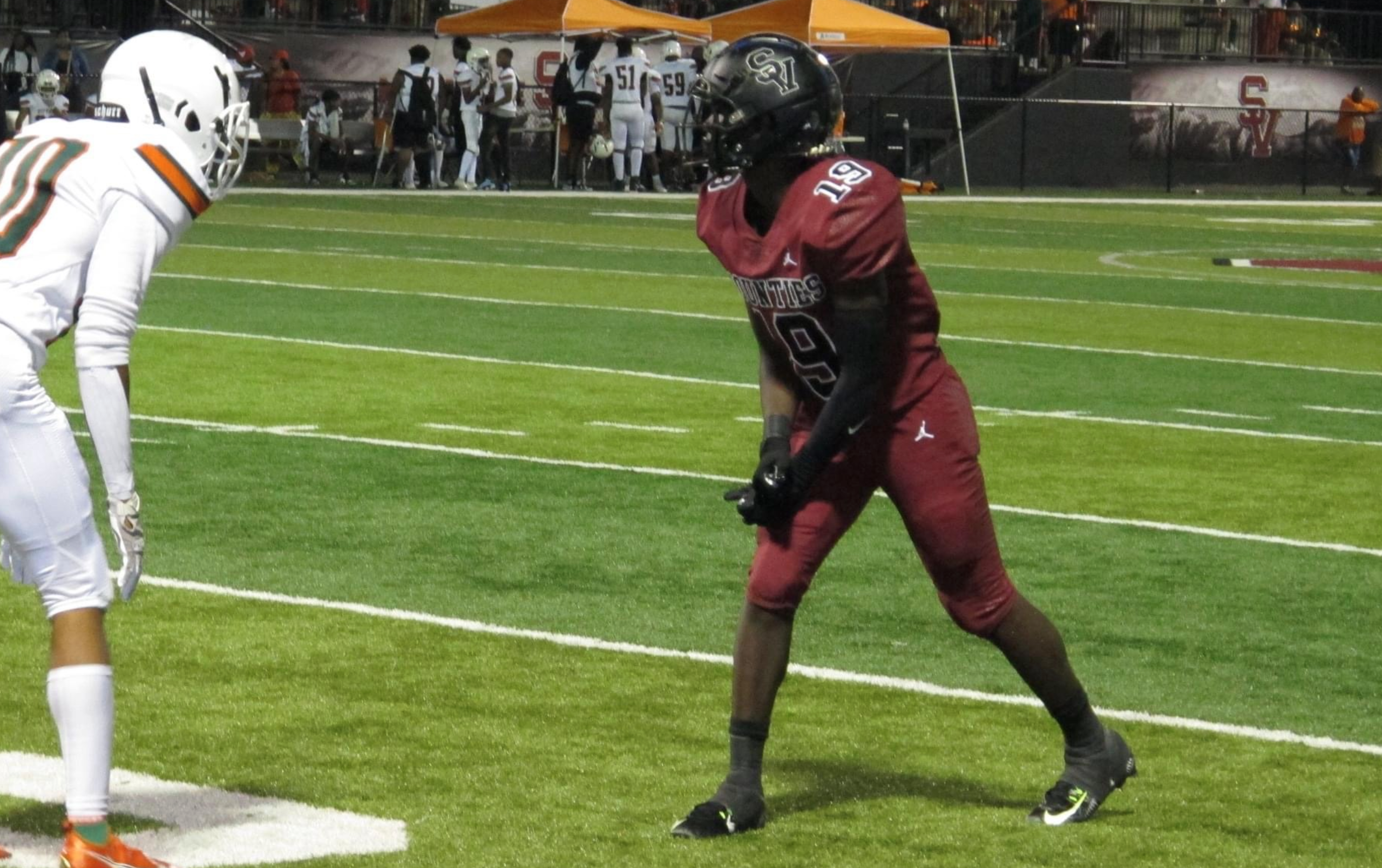 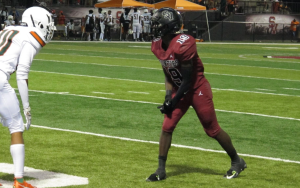 Head coach Rueben Nelson was pleased with the win.

“I think our players played hard last night,” Nelson said. “The coaches are pushing, and the players are starting to respond.”

Senior wide receiver Christian Thomas had an outstanding performance for the Mounties. Thomas tallied over 200 yards rushing on laterals and direct snaps and scored four rushing touchdowns for Valley.

The Vikings took an early lead on their first possession with a 35-yard touchdown pass. The PAT failed, and Huffman led 6-0 with 10:14 remaining in the first quarter.

The Mounties answered quickly and scored on a 56-yard touchdown run by Christian Thomas on a pitch from quarterback Steve Brown. Valley led 7-6 after the successful PAT by Jair Aguilar with 9:49 in the first quarter.

The Vikings put together a 15-play drive that went deep into Mountie territory. On second and goal, senior defensive back Jacob Mahand intercepted a Huffman pass and returned it 100 yards for a touchdown. The PAT was successful, and Valley held a 14-6 lead with 3:53 remaining in the first quarter.

The Mountie defense forced Huffman to punt on their next possession.

The Mountie offense took over on their 39-yard line after a personal foul against Huffman on the punt return. The Mounties moved the ball down the field and extended their lead to 21-6 on a 28-yard run by Christian Thomas with 7:30 remaining in the half.

The Vikings put together another long drive only to be turned away by a Jacaryous Burrow tackle at the Mountie 8-yard line on fourth and goal.

The two teams traded punts on their next possessions.

Valley started their next possession from their 27-yard line with 1:52 remaining in the half. It only took three plays before the Mounties found the end zone again. Christian Thomas took a pitch and raced 63 yards down the sideline for a touchdown. The Mounties led 28-6 after the successful PAT.

An 8-yard sack by junior defensive end Clayton Garrison ended the Viking’s drive and the half.

The Mounties received the opening kickoff and drove to the Viking 39-yard line on hard running by junior Ethan Johnson and a 22-yard screen pass to junior running back David Ware. However, the drive stalled, and Valley was forced to punt.

The Mountie defense held and again forced a Huffman punt.

On Valley’s next possession David Ware went to work for the Mounties and moved the ball 39 yards to Huffman’s 6-yard line on five consecutive touches, but the Mounties could not get in the end zone and turned the ball over on downs.

Huffman then drove the ball 87 yards and scored on a 20-yard run. The two-point conversion attempt failed with an interception by Jacob Mahand. The Mounties held a 28-12 lead with 10:40 remaining in the game.

The Vikings executed an onside kick and took possession at the Mountie 29-yard line. Huffman moved the ball to the Valley 5-yard line but fumbled the ball. Senior linebacker Kordell Steele scooped the ball up at the 11-yard line and raced 72 yards to the Huffman 12-yard line.

On first down, a penalty backed Shades Valley up 5 yards. On first and fifteen, Christian Thomas took a direct snap and scored on a 17-yard run up the middle of the Viking defense. After the successful PAT by Aguilar, the Mounties led 35-12 with 7:27 remaining in the contest.

The Vikings were not done, though. Huffman took possession of the ball at their 35-yard line and moved to the Mountie 5-yard line in 10 plays. The Valley lead was cut to 35-20 on a five-yard quarterback keeper and successful two-point conversion with 3:13 remaining.

The Mountie offense took almost three minutes off the clock on their next possession. Thomas converted a crucial third down conversion on a 12-yard run to give the Mounties a first down. Valley was forced to punt with 20 seconds to go in the game.

Huffman could not move the ball, and the Mounties moved to 3-1 overall and 1-1 in region play with the 35-20 victory.

“I feel like we played a good game; we didn’t underestimate them,” Christian Thomas said. “We came out and did what we needed to do to take home the W.”

Shades Valley travels to Bessemer City this Friday for a non-region game.