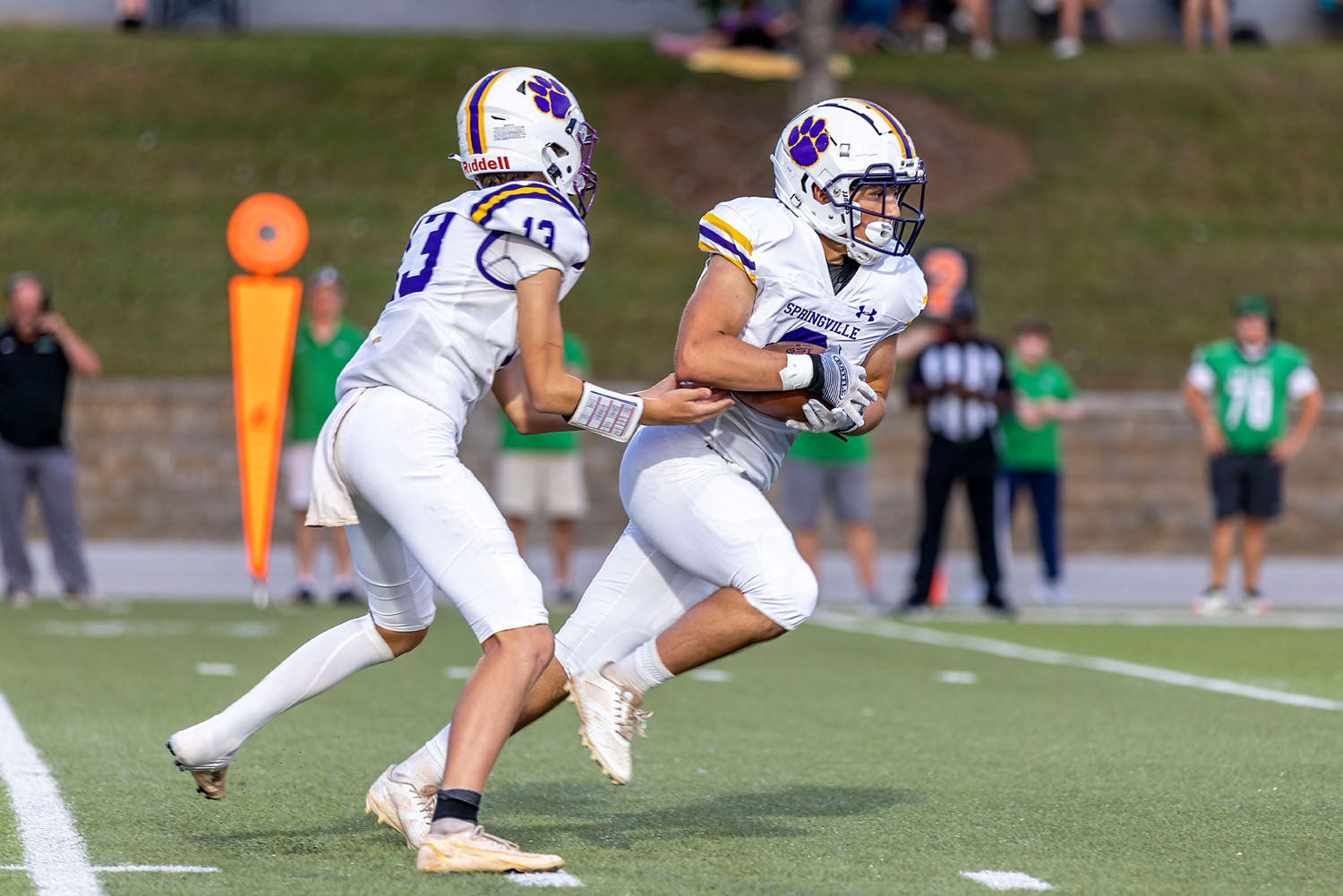 ALEXANDRIA — The Springville Tigers dropped to 0-5 on the year, 0-3 in Region 6 play, losing to Alexandria Valley Cubs 33-15. 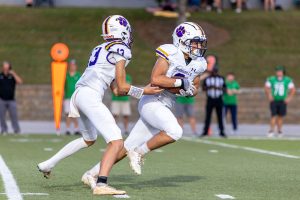 Any thoughts Springville had of spoiling Alexandria Valley’s homecoming were quickly dashed as the Tigers turned the ball over on the first play of the game from scrimmage. A handoff from senior quarterback Asa Morrison to Mahlon was put on the ground and recovered by the Alexandria Valley defense, giving the Cub’s the ball on the Springville 19-yard line.

Alexandria senior Antonio Ross took the ball into the end zone practically untouched three plays later to put the Cubs up 7-0 with barely two minutes into the first quarter, the start of a very long night for Springville.

Ross would dance into the end zone on the last play of the first quarter to push Alexandria’s lead to 14-0, and Alexandria Valley kicker Grayson Forrest would nail a 48-yard field goal at the end of the second quarter to go into the locker rooms with a commanding 17-0 lead.

Springville head coach John Clements, in his second year leading the Tigers, was more than a little agitated at his squad’s performance five weeks into the 2022 season. While the offense and defense often display moments of brilliance, Clemons continues to see the same old mistakes putting the Tigers in difficult spots all season long.

“Out of the freaking gate, we put the ball on the ground. I’m sick of that crap, but we have to get past that,” said Clements during a halftime interview.

The second half saw a much more competitive Springville squad as they largely stayed even with Alexandria in terms of total points. The Tigers put 15 points on the board, while the defense only allowed 14 throughout the third and fourth quarters. The Springville offense actually accounted for two of Alexandria’s point total, giving up a safety as the Alexandria defense dropped Springville for a loss of yards in the end zone midway through the fourth quarter.

In the end, Alexandria proved to be too much for Springville to handle, defeating the Springville Tigers 33-15, improving to 2-3 on the year and 2-0 in region play.

“We just have to be ready to go, and we weren’t tonight, and I guess that’s my fault. We’ve got to go back to the drawing board,” said Clemons shortly after the end of the game.

Springville will host an undefeated Oneonta Redkins squad on Friday, September 24, for homecoming.