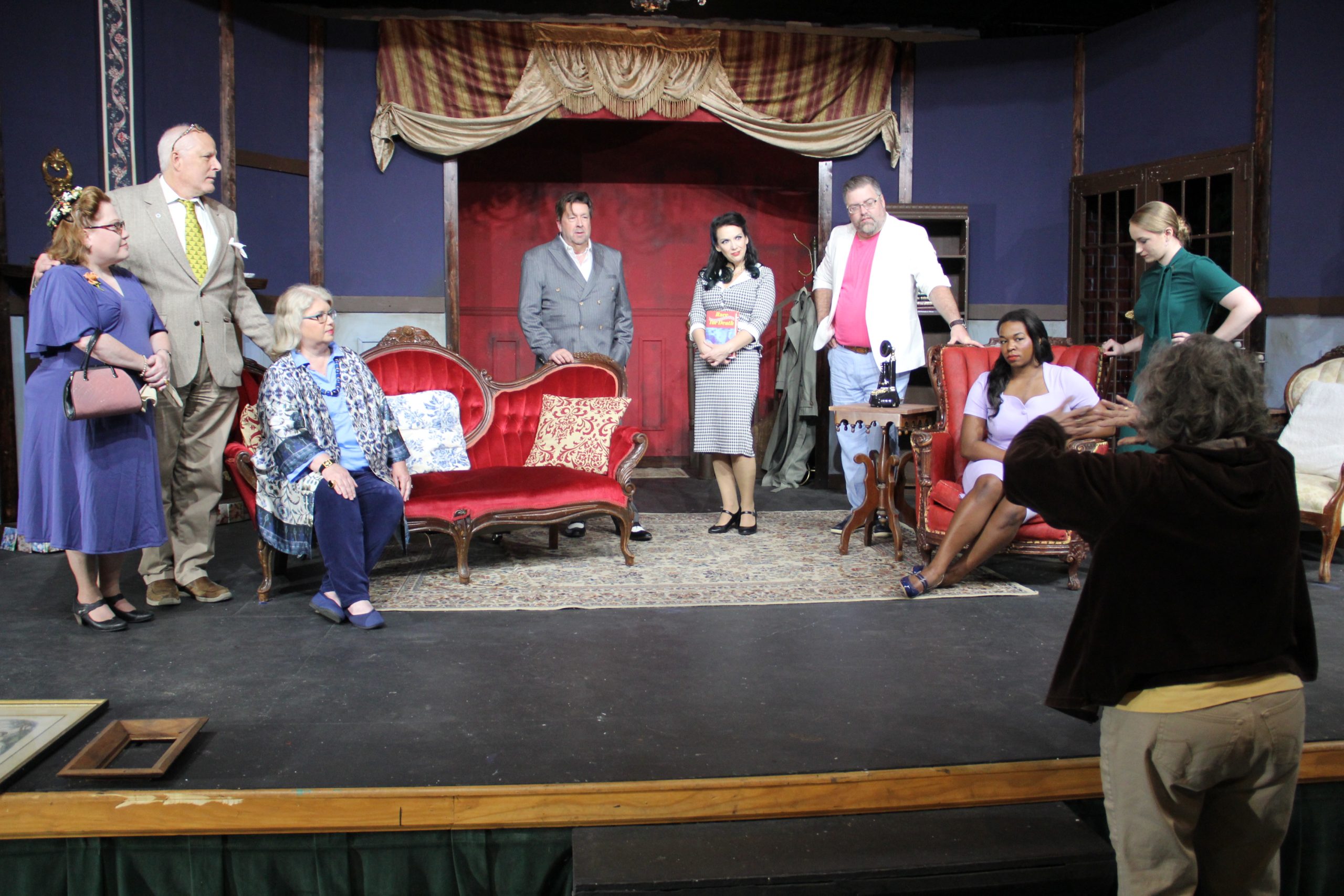 ACTA's Murder Is A Game is directed by Suellen Wilkins. (Photo by Hannah Curran) 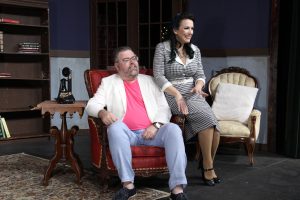 “Murder Is A Game” will have you on the edge of your seat trying to solve the game, but is it all a game? That’s what the audience has to figure out.

“It’s a marvelous little piece of theater entertainment,” Wilkins said. “Anybody that comes to this show will have a wonderful evening.”

Sloan and Toby Bigelow are writers experiencing double writer’s block, and their agent has rented a beautiful rundown estate to get the juices running. In addition, the agent has planned a weekend of murder and mystery. The only trouble is, what is a part of the game and what is not?

“Sloane is obviously the better half of the writing team with her husband,” Heather Duncan, who plays Sloan, said. “They’ve gone to this murder weekend, and she doesn’t know what’s going to happen, but she’s all in, and he’s not.”

Duncan said things begin to flip upside down and everything goes crazy.

“There are lots of different themes and different storylines that they can catch,” Duncan said. “They can either know exactly what’s going on or not, but they’ll still enjoy every minute of it.”

This show will provide laughter and suspense as you whisper what you think will happen next to your friend. The various twists and turns make the show irresistible, and the cast members make it their own.

“It’s a who done it, and it’s a comedy – sort of a two-for-one,” Kevin Garrett, playing Stephen, said. “It’s not real heavy, but it’s not a piece of fluff either. It’s something that you can sort of think about and try to solve.”

As the Bigelows work through the game, nothing is as it seems, and the hilarious plot twist makes that apparent.

Wilkins said that the audience will find themselves saying, “Oh, I like that one…,” and “He’s weird…,” and “Ah, I bet you she is…”

You can get tickets online at actatheater.com.