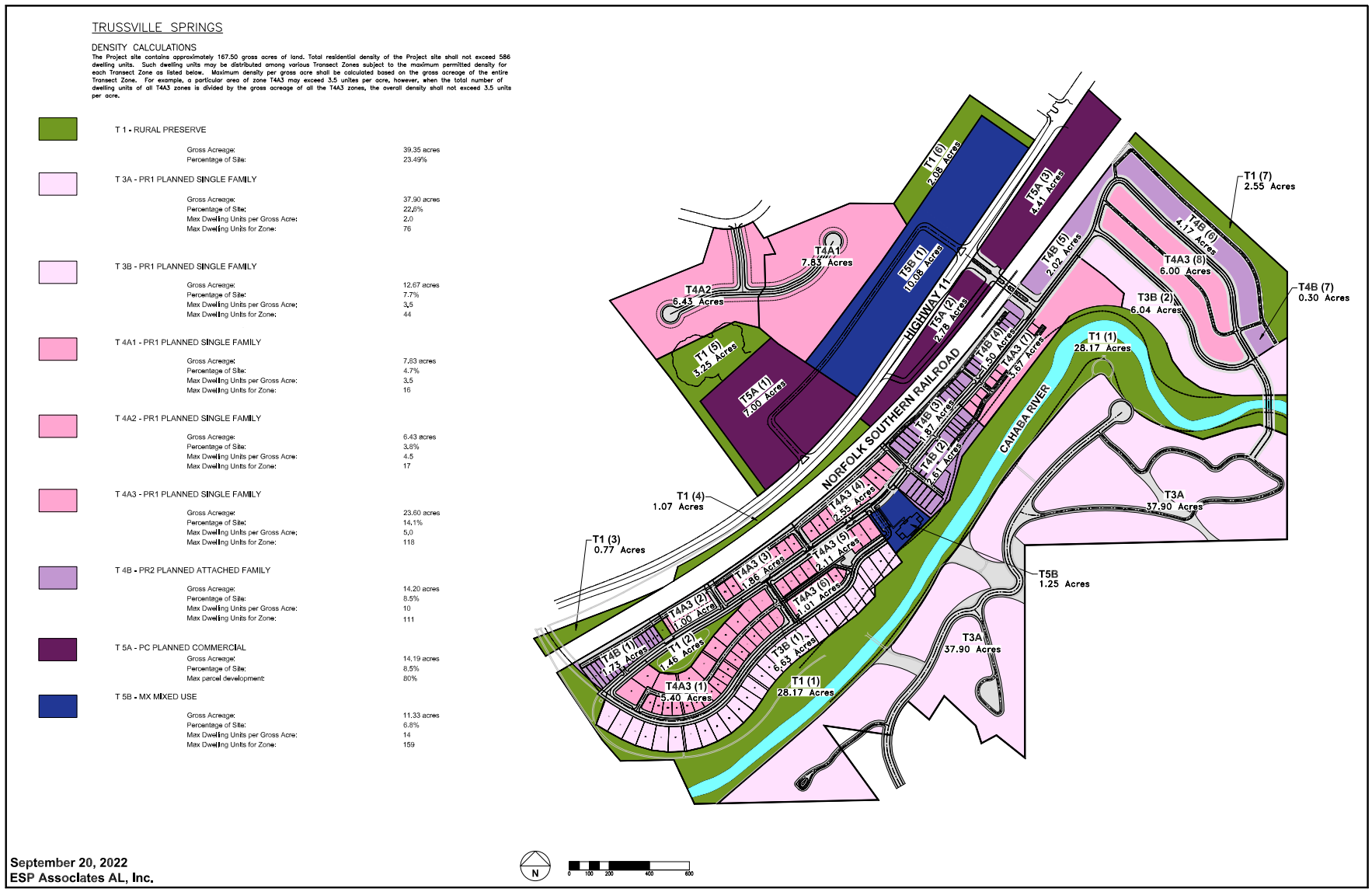 Trussville Springs (Photo courtesy of the City of Trussville)

TRUSSVILLE — The Planning and Zoning (P&Z) Board held a special session on Wednesday, Sept. 21, to consider changes to the Trussville Springs Master Plan. 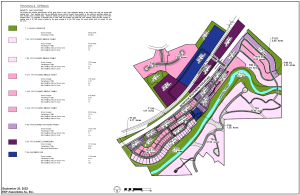 Trussville Springs (Photo courtesy of the City of Trussville)

The City Council approved the original plan around 2007. Initially, the developer went to P&Z with requested changes, and the board “determined that continued changes, in the manner they were requesting, constituted a major change to the PUD and would need to be brought back before the current council.”

After some months of conversations, the board has a plan that unanimously passed P&Z last night and will go before the council with a favorable recommendation.

According to Councilmember Ben Short, this PUD was approved 15-16 years ago, with a total unit count of 586 dwellings; this new plan will lead to a solid reduction in total dwellings, add additional green space, allow for the completion of a permanent entrance to the community, and adjust the mixed-use/commercial component to areas that make more sense.

“The original plan called for a max of 80 planned attached family (townhomes) and a max of 160 multi-family units (three-story condos) for a total possible max of 240 units within these product types based on the original density map,” Short stated.

Short explained that the new plan removes the multi-family category (condos) entirely and changes the number of attached family (townhomes) to a max of 111 units for this product type.

“Through a series of meetings, we’ve negotiated with the city that we will eliminate our multi-family product and move the mixed-use area to the north side of the railroad tracks so that once you cross the tracks, that will leave it as strictly residential,” Barry Stalnaker from the Offices for Trussville Springs LLC said.

Short explained that while this is an increase in 31 possible townhome units, it’s a significant reduction (possibly 160 condos) in overall units when you factor in the removal of the multi-family category, which in his opinion, is a better outcome here.

“Trussville Springs is already built out, and what we’re proposing to do is add a row of townhouses going back towards what will be our new entrance,” Stalnaker said. “Then with that, about 12 cottages beyond the new entrance, we’ve reconfigured this area so that we are sort of emulating our phase one, so we have layers.”

Stalnaker added that there would be “larger riverfront houses” on the river side and then two layers of cottages that are already “river loaded.”

“The river houses are front-loaded because we don’t want to put an alley on the river part, but we require all of the garage doors to be perpendicular to the street so that you don’t drive down the street and see a bunch of garage doors,” Stalnaker said. “The cottages will be relocated, and then we’ve lined the rail line with townhouses and the industrial park townhouses.”

Stalnaker said this will shield the neighborhood from any of the adjoining uses and as much as they can from the rail line.

“Between the railroad and the highway was already zoned commercial, so we’re not changing that, on the other side of the highway was zoned commercial and what we’re changing is we’ve added an area of mixed-use,” Stalnaker said. “What we’re hoping to attract is either at a grocery store, which would help warrant a traffic light, and also we’ve been approached by a senior living facility that might be interested.”

Stalnaker said the mixed-use could be a variety of different types of commercial, whether it be office space, retail, or maybe even some residential.

The original plan called for 19.5 acres of commercial property, and the new plan shows 14.19 for a reduction of 5.31 acres.

The mixed-use category shows a small increase in acreage, going from 10.9 to 11.3.

“With the reduction of 5 commercial acres adding .4 to this category is still a solid trade-off from my perspective,” Short stated. “Overall, this PUD has been ongoing for a long…long time, and with these changes and a PUD update, we can hopefully get these residents their permanent entrance and move toward finishing this community, which is long overdue.”

“On the top of the new map, you’ll see T4A1 and T4A2 that connects via Cherokee,” Short stated. “The P&Z approval last night was conditioned on these sections meeting our current R-1 zoning to match the character of what surrounds that area. This will more than likely lead to a further reduction in the unit count for those categories.”

The favorable recommendation will be presented to the Trussville City Council for consideration at the second meeting in October.