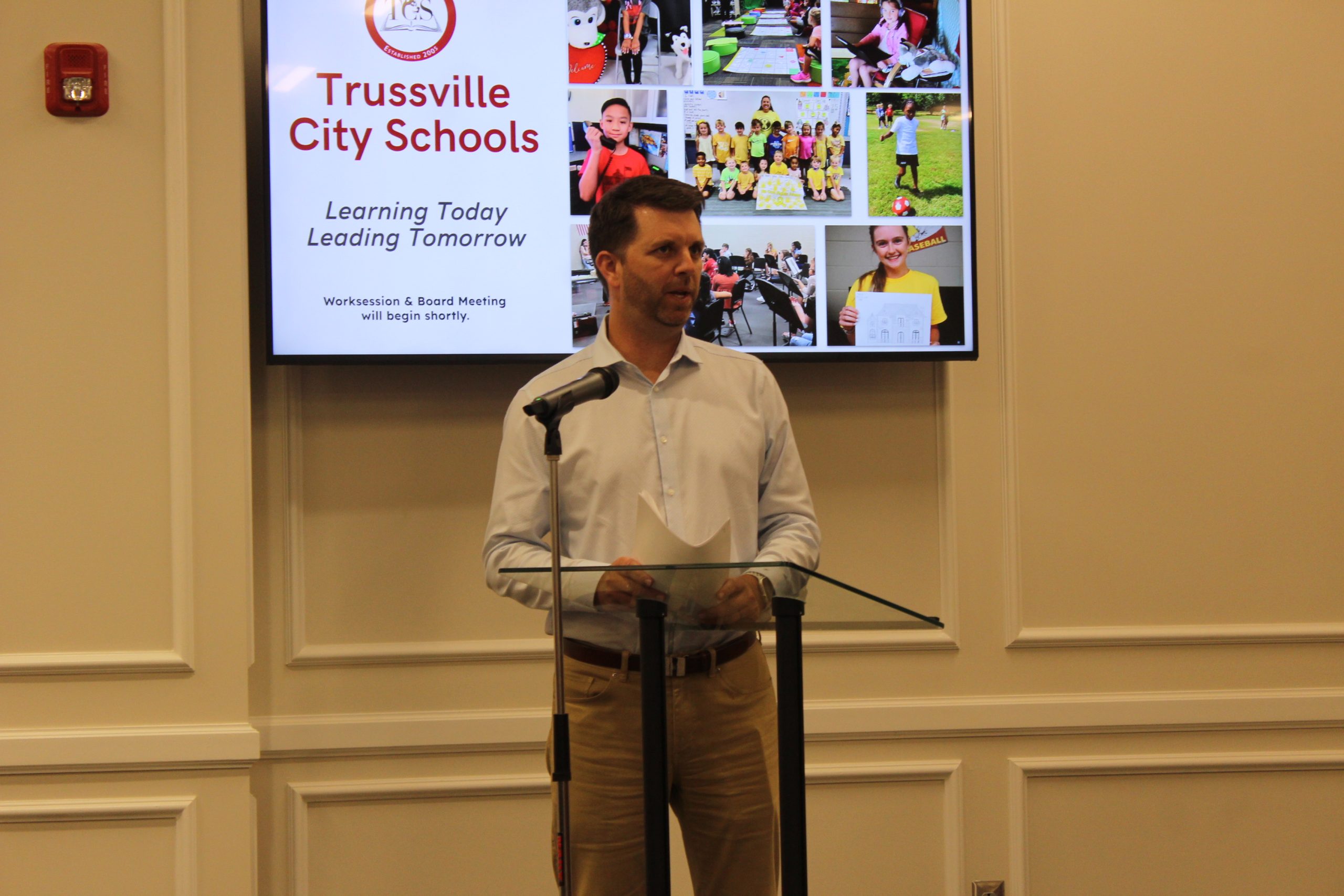 TRUSSVILLE — The Trussville City Schools (TCS) Board of Education (BOE) discussed how they would potentially spend the City Trust Fund and the installation of a remote learning day for Hewitt-Trussville High School (HTHS). 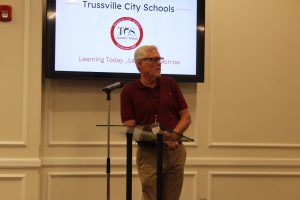 TCS Superintendent Dr. Patti Neill stated that the fund is almost $7 million, and to spend that money, it has to have board approval first in the form of a resolution, and the next step is that it goes to the city council.

“Originally, we did ask for $5 million of the $7 million to build [the new BOE] building,” Neill said. “So we had a resolution to pull $5 million out of the $7 million fund to build this new central office. As it turns out, that money is still sitting in one of our accounts, untouched, because we got the Public School and College Authority (PSCA) money for this building.”

TCS still holds the $5 million untouched because they can’t touch it without city council approval. The resolution presented to the board is to pull out up to $7 million to go forward with a portion of the athletics master plan.

“We have that in several phases, but the first phase is ready to go with board approval and council approval for funding,” Neill said. “It’s essentially the beginning of the Athletics Master Plan and the turf projects for multiple sports.”

TCS Athletic Director Lance Walker said this will be a good start as far as the financial standpoint and would be about a third of the overall full planning.

“With this phase, the areas that we will be working with would be turfing our competition fields for soccer, softball and baseball, also have a turf field to the right of the field house that will be covered as a multi-sport covered facility, and then the fields behind the middle school as an alternative for this project as well,” Walker said.

Walker said this was decided after considering what properties TCS can pull that would positively affect the community.

“If you look at these five different games with soccer and baseball itself, obviously those sports, what we’re doing to the right of the fieldhouse will impact a lot of sports and a lot of people,” Walker said. “Then the field behind the middle school fieldhouse, like we’ve discussed before, was probably the most used field in Trussville with P.E. classes, and with the Parks and Rec activities in mind, so we feel like pulling in these specific items for the master plan would be a good start for us.”

Walker said they’ve had a lot of people think positively about it.

“If we can get the field behind the middle school, that would be the only practice field that we would be turfing,” Neill said. “We would also consider alternate lines for football, soccer, and lacrosse. They would be colored turf lines, no paint, just sew them in for them to play sports and teach on those.”

Hewitt-Trussville Middle School Principal Jennifer Abney said they use the field for all their P.E. classes during the day.

“I think having the lines there will be beneficial for us academically but then for all of the multiuse throughout the community and with our practice teams as well,” Abney said.

Walker said they have to see how long the process takes and make the best decision on when to start because they would need to determine if they could finish the project before the various seasons start or if they needed to wait until after the seasons’ end.

“This time last year, we were really fortunate to receive the news that we were accepted to perform at the Southeastern Regional Concert Band Festival through Bands of America and Music For All,” Guzman said. “It’s a really big opportunity for our band and kind of put us on the national stage. They selected students from all over the southeast, and I think a little over 250ish high schools applied for nine positions, and we got one of those.”

Guzman said they had a great performance in Atlanta, and students got to work with some of the top college directors; after that performance, HTHS’s name got around.

“I was encouraged to apply to the national concert band festival,” Guzman said. “I think it was maybe over 650 High Schools applied for six high school positions. There are different tiers, but we were selected from the very, very, very top tier, so we’re super proud of this. It was just incredible.”

HTHS has several fundraisers that are happening, and they’re doing some Snap Fundraising in the fall and in early January because it is for a select group of students; it is a top concert group.

“It’s approximately 65 students who are going to be traveling to Indianapolis,” Guzman said. “There’s going to be about 3,000 students in Indianapolis participating in various events, and we are at the very top of it. For the selected group that took nine high school groups and nine middle school groups, and so what that means for us is that we’ll be performing some very high-level music and getting ready for the travel up there, and we’ll spend several days in Indianapolis at Music For All.”

HTHS students are going to have the opportunity to work several times between now and March with various college band directors that are either going to come in via zoom or to the HTHS campus to work with them.

“Several composers of the pieces that we’re performing are going to be coming in, so we’ll have two interactions with them,” Guzman said. “Students are going to get to work with some high-level college professors, not only band directors but also within their area.” 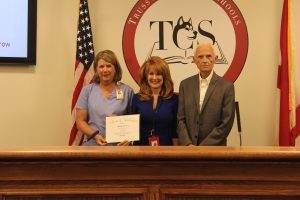 Guzman said it’s roughly $75,000 to take the group to Indianapolis.

“It’s a pretty big price tag, but it is definitely something that’s well worth it,” Guzman said. “From a prestige standpoint, just to even apply to this now that we’ve been accepted, we won’t be able to apply for another five years. It’s very, very, very selective.”

“Our 10th grade, of course, is our largest class; we have 446 10th graders,” Salem said. “We will also be testing any repeating ninth graders who have the credit. So that’s a lot of testing environments. We’re talking about an environment of a lot of teachers to do this correctly. So there really isn’t an opportunity to have school for everyone and do all the testing as it’s supposed to be done.”

In other news, the board: