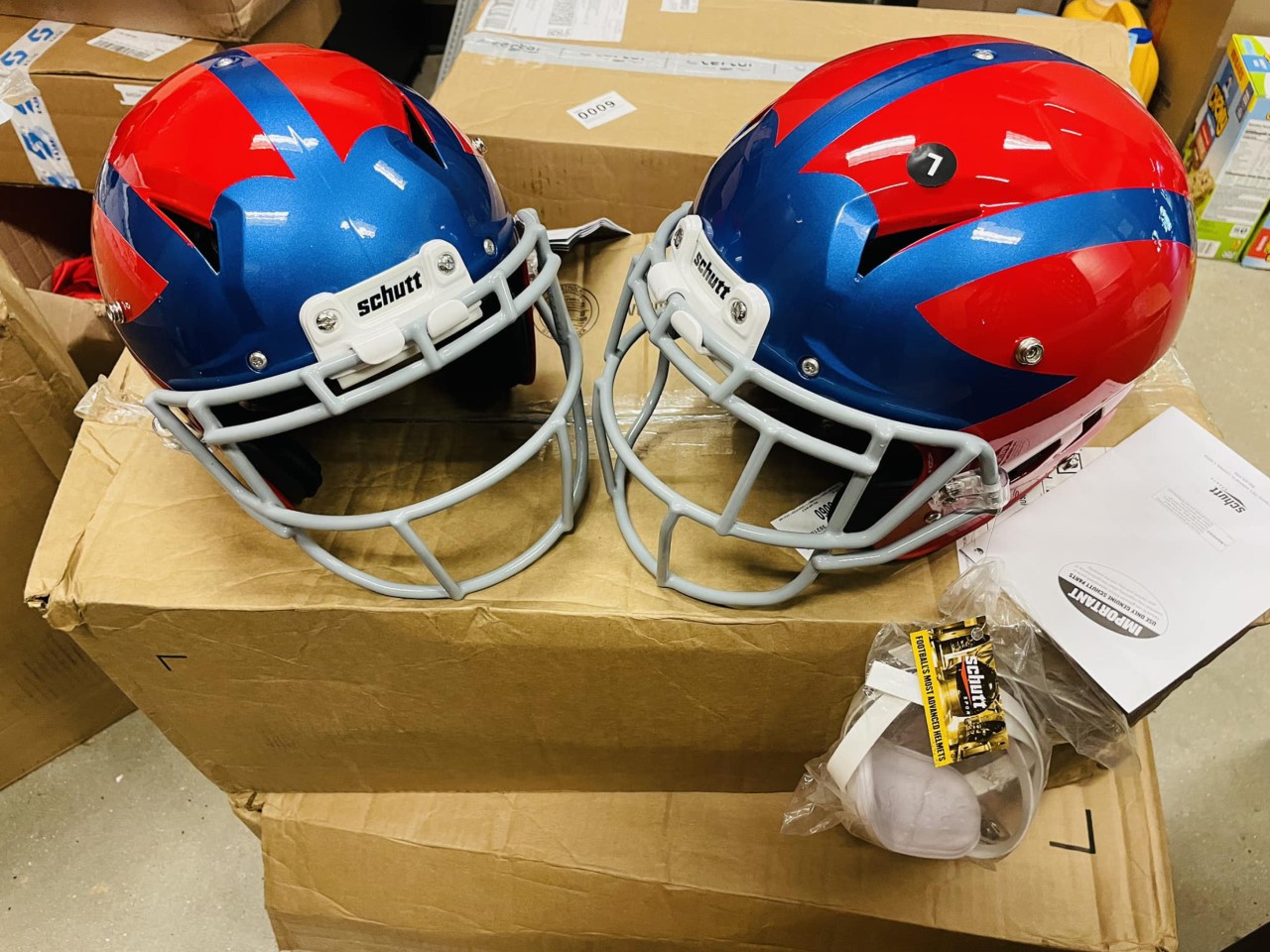 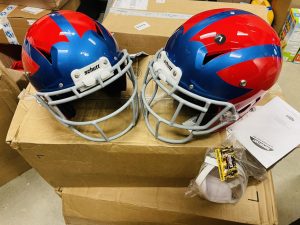 The new helmets were originally ordered in June, shortly after the City Council passed a resolution to fund the purchase along with some additional fitness equipment. However, the helmets were on backorder for months due to ongoing supply chain issues, arriving on Thursday, September 22, just in time for the Eagle’s homecoming game against Fairfield tonight.

Center Point Mayor Bobby Scott said the decision to support the Center Point football program was an easy one. The Eagles made the jump from 5A to 6A for the 2022 season and have been very successful under head coach George Bates, now in his fifth season at Center Point. Scott said that success has sparked additional interest among students trying out for the football team, which was already shot on resources.

“It’s our job to help the schools and the students to be the best that they can be in sports and academically,” Scott said. “The City Council and I wanted to make sure that they have enough resources to be successful.”

“We were having to turn kids away who wanted to play,” added Bates. “We’re looking forward to showing off these new helmets tomorrow night. This is a perfect example of “CP~Not~me.”

“Thanks to Mayor Bobby Scott and the City of Center Point Council Members for purchasing 22 new helmets for the football team,” said Bates in a Facebook post. “We appreciate your support!”

The 2022 season, so far, has been an important year for the Center Point program. Not only is Center Point one of the hottest teams in 6A at the moment, but they also completed the installation of new artificial turf at the stadium two weeks ago.

“The program’s success is huge for us,” says Scott. “They’ve instilled a sense of pride in the community, and the team is something we can all rally around.”

Center Point comes into tonight’s action with an overall record of four wins and one loss, the lone defeat coming at the hands of Clay Chalkville High School – the #1 6A team in the state and ranked #37 in the nation according to Max Preps – on Friday, September 16.

Center Point’s opponent this week is the Tigers of Fairfield High School, winless in 2022 with an overall record of 0-5. Bates said the Eagles will have star quarterback Jabari Collier back under center after leaving last week’s game with an injury late in the second quarter against Clay Chalkville.

“Jabari is fine and will be back (Friday). We kept him out mainly as a precaution last week,” Bates said.

Additionally, Bates said that running back Troy Bruces is ready to carry the load against the Fairfield after a solid performance in the loss to Clay Chalkville, including a 72-yard kickoff return. Bruce was five yards shy of a 70-yard kickoff two weeks ago in a lopsided 56-10 win over Pell City. Bates said Bruce’s kick return one week later against one of the best teams in the nation was a special moment for the senior ball carrier.

“It was great to see him return that kick in front of all those great athletes on the field,” Bates said. “There was nobody near him.”

Center Point (4-1) will face Fairfield (0-5) for homecoming on Friday, September 23, at the Center Point High School Football Stadium. Kickoff is at 7 p.m.