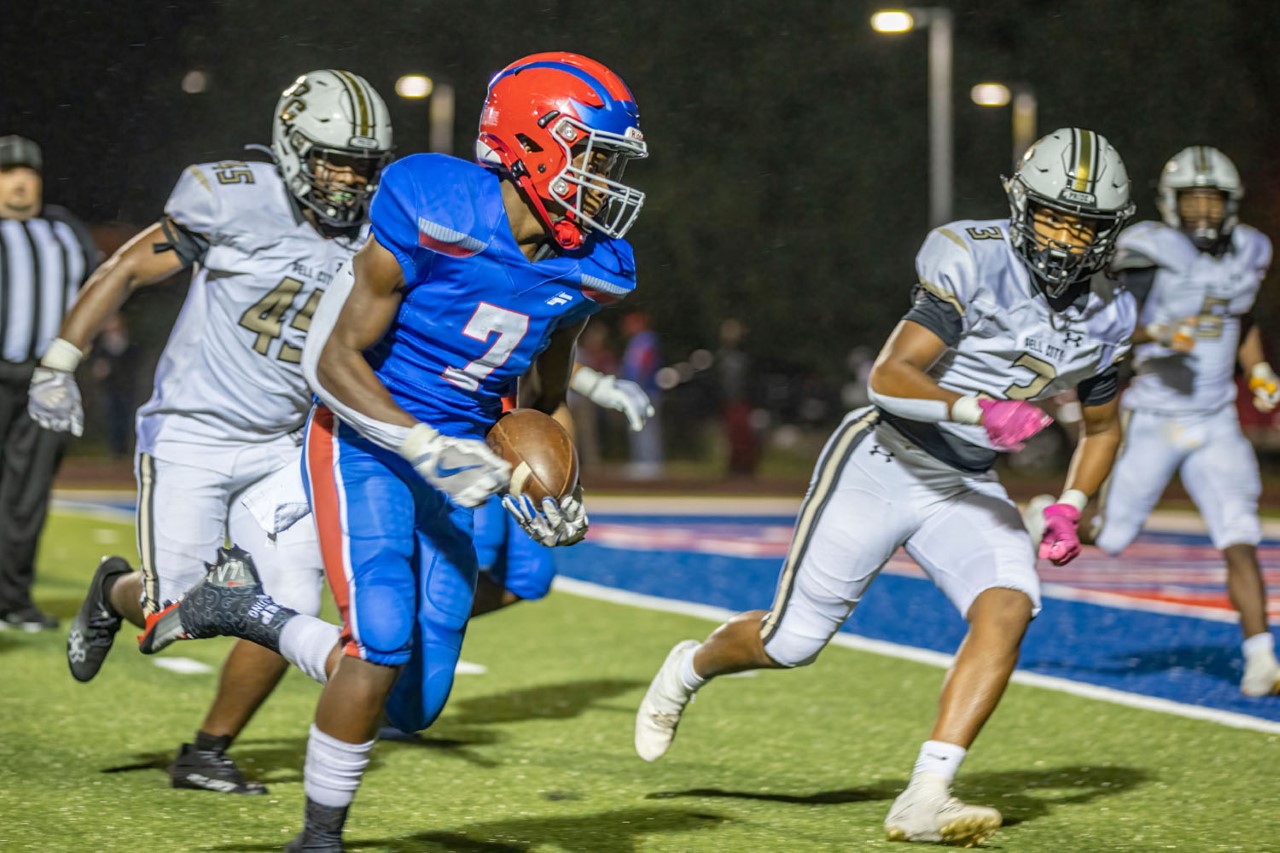 By Todd Robinson, For The Tribune

CENTER POINT — The Eagles overcame a pair of interceptions from star quarterback Jabari Collier to beat Fairfield, as Collier also ran for a score and passed for another, and all-world tailback Troy Bruce pounded out 178 yards and a touchdown on 26 carries in a 27-6 victory. 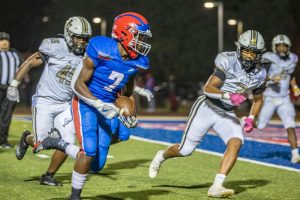 Collier was 10-of-17 for 131 yards, including a 60-yard touchdown pass to KeMarius Horne in the third quarter that put the Eagles up for good.

Bruce opened the scoring with a 17-yard run to paydirt with 3:11 remaining in the first quarter, but Fairfield answered with a score of their own in the second quarter, tying it up when Ju’maria Hamilton hit Jakorrion Bradley for a 20-yard score with 10:28 left in the half. Neither team was able to add an extra point, so they went into the break tied at six.

Collier broke that tie in the third with his 60-yarder to Horne with 5:41 left in the quarter, and Antonio Sebastian added the point after.

The Eagles caught a break on Fairfield’s ensuing possession when Terrence Tubbs stepped in front of a Hamilton pass, picked it off and returned it for. touchdown. The extra point was good, and that gave Center Point enough to win, 27-6.

The Eagles improved to 5-1 on the season (1-1 in 6A Region 6). Center Point rolled up 323 yards of total offense and held the ball for 25 minutes of the 48-minute game, keeping Fairfield’s defense on the field and tiring them out.