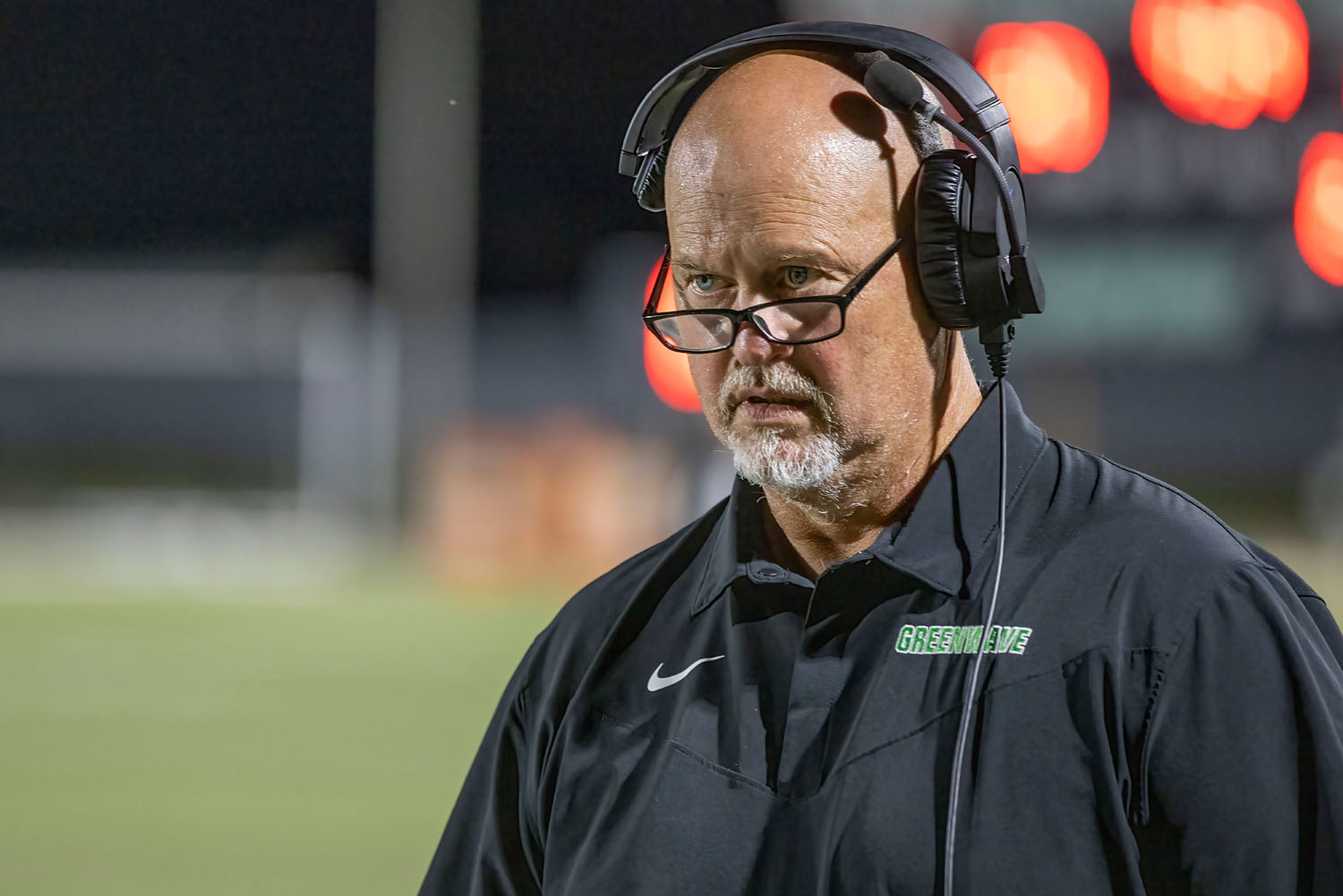 SYLACAUGA — The second-ranked Leeds Green Wave had its full arsenal on display Friday night, for the first time in over a month. 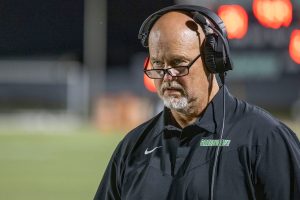 Leeds head coach Jerry Hood has led the Green Wave to a 4-0 record and No. 3 ranking in Class 5A so far this season. (Photo by Ron Burkett)

They didn’t disappoint, racking up over 400 yards in a 51-7 victory at Legion Stadium over Sylacauga.

The Green Wave, with senior quarterback Jarod Latta “fully healthy” after an ankle injury sidelined him in Week 1, got rushing touchdowns from five different players on Friday. Latta accounted for the other score, on a 60-yard pass to do-everything skill player Conner Nelson.

The game even provided Leeds (5-0) a chance to show off its tailback depth. Starter Jeremiah Hunter suffered an ankle injury, and gave way to backup Miles Jones. Jones finished with 125 yards and a touchdown.

“It was a good experience,” Jones said. “When Jeremiah got hurt, I just knew I had to step up my game and just take over.”

He had plenty of help. The Green Wave finished with 310 yards rushing as a team.

“We want to be multiple,” Hood said. “Want to give the defense a lot to look at. We play some great teams coming up, so we better not just line up one way and run the same play.”

That offense complemented a defense that strangled Sylacauga (0-6) for most of the game. The Aggies did manage 130 yards of offense, most of it on a fourth-quarter drive that netted them an Ashton Machen touchdown.

“We’re going to come play you, whoever you are,” Sylacauga head coach Rob Carter said. “Wherever you rank, we’re going to snap it up and give it our best effort.”

The Green Wave defense also forced 3 turnovers on the night. The first, an interception by Miles Ashford on Sylacauga’s first pass attempt, set up Nelson’s first score, a 7-yard run from the quarterback spot.

Nelson finished with 132 all-purpose yards, and two touchdowns. Leeds also got touchdowns from CJ Douglas, who ran 49 yards for a score on a fake punt, and Kavion Henderson, lined up in the backfield on the goal line right before halftime.

“ I can put anybody wherever really, and all of us don’t just play one position,” Latta said. “It’s also a hard thing for a team to scout that’s playing us.”

With 5 wins under its belt, Leeds can now look forward to the meat of its region schedule. Southside-Gadsden comes to town next Friday for Homecoming.

“They are very capable of whipping our tail,” Hood said. “That’s as far as we need to look forward, because if we don’t take care of that one we’re struggling uphill. We’ll rest up for the weekend and see if we can give them a good game.”

Sylacauga will hit the road to face Beauregard.