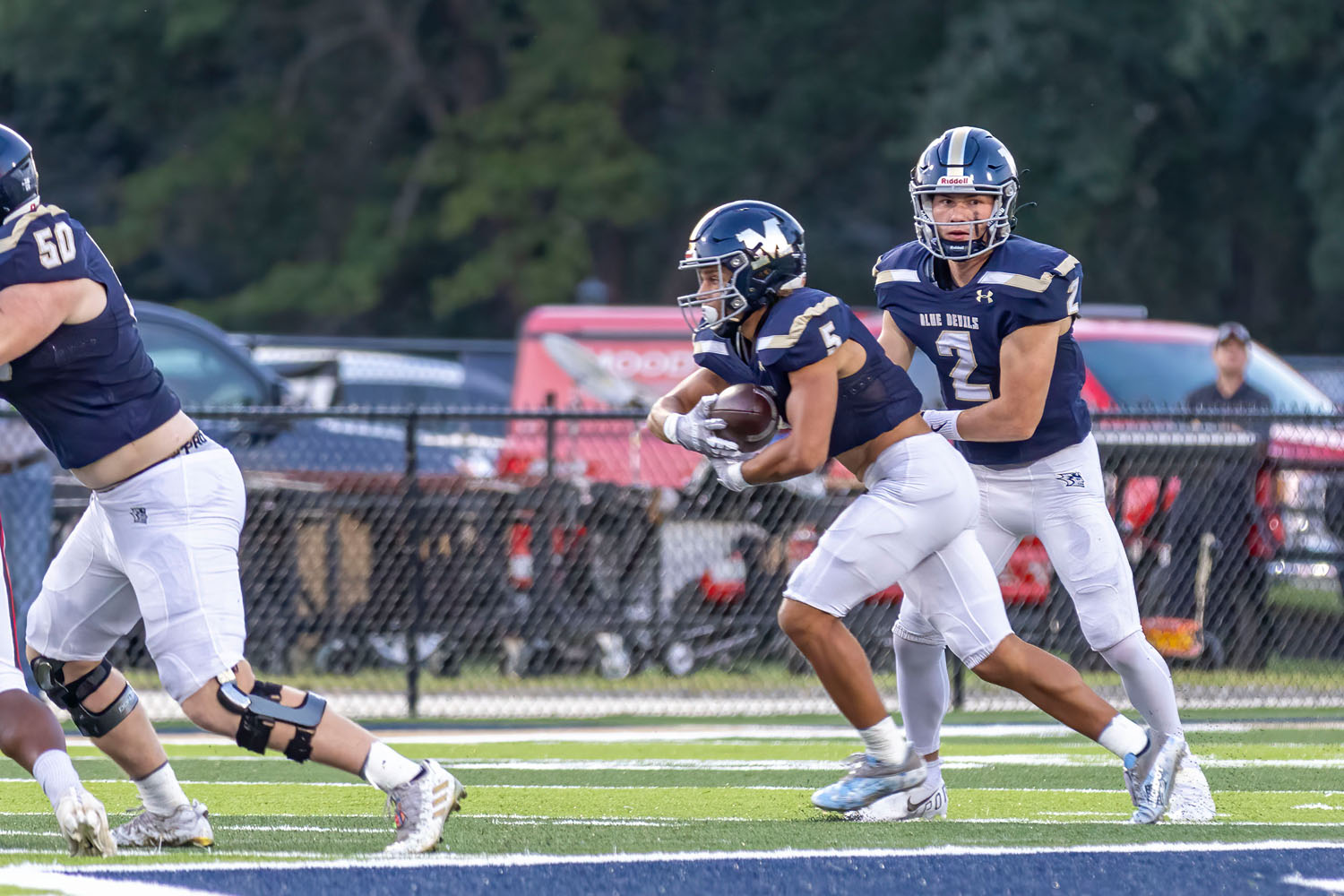 COLUMBIANA — Jake Ganus took his 411 Boys to his old stomping grounds on Friday night and stomping is just what they did, crushing Shelby County 47-0. 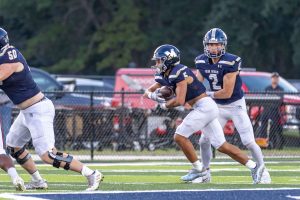 The Moody defense was dominant, only giving up 68 yards of total offense and getting their first shutout of the season.  The offense wasn’t too shabby either, putting up more “video game numbers” and leading the Blue Devils to a 47-0 win.

The opening drive of the game would be one of only two times Moody’s offense would not score a touchdown on the night.  After holding the Wildcats to a punt, Moody got the ball at their own 13-yard line.

From there, Cole McCarty would find his running back, Blaine Burke, on an 87-yard touchdown pass that saw Burke outrun the entire Shelby County defense.  When Moody got the ball back, Burke took just one play to score again, this time on a 63-yard burst with 1:20 left in the first quarter.  Burke finished the night with 6 carries for 90 yards and a touchdown along with 2 receptions for 114 yards and a score as well.

The second quarter would start with a short field for the Moody offense and, from 11 yards out, McCarty would find Davion Dozier for a touchdown with 10:53 to go in the half.  Another failed drive for Shelby County would lead to another McCarty to Dozier connection with the quarterback scrambling and finding his receiver in the back corner of the end zone on a spectacular diving catch, making it 28-0 with 6:24 to go.

Dozier had 3 catches for 60 yards and 2 touchdowns.  Scoring in pairs and scoring on one-play drives was the theme tonight, as Burke scored twice, then Dozier and then, enter Kolby Seymour.  McCarty, who finished the night 8 of 11 for 225 yards and 4 touchdowns, would find Seymour from 59 yards out to make it 34-0 with 4:32 left in the half.

Kolby would then line up at running back and, once again, it would only take one play for him to find paydirt, this time from 36 yards out.

“We just put in that formation this week.  I honestly didn’t think I was going to get the run call but when he called it, I hit the hole and I was gone,” said Seymour, “The video game numbers come from the receivers and quarterback and running back, but I’ve got to give credit to the whole O-line.  They are doing what they are supposed to and that’s the reason we’re putting up these numbers.”

The second half would begin with Shelby County fumbling the kickoff and giving Moody the ball at the 35.  On the first play, the ball was errantly snapped but Cole McCarty would find a way to pick the ball up, scramble and find Burke for 27 yards to set them up inside the 10.  Jon Cade Carroll would get his name called on consecutive plays, the last of which would find him bulldozing defenders en route to a 2-yard touchdown, his first of the year.

The teams would trade possessions with Moody punting at one point, but the reserve defensive players would preserve the shutout.  “It means a lot.  We came out here.  Coach put in the new game plan and we executed and they ran some good stuff against it and we just, at the end of the day, we took care of it,” said Carson Dillashaw of the defensive performance.

Moody, now 6-0, will welcome Springville to The Bill next Friday for Homecoming.