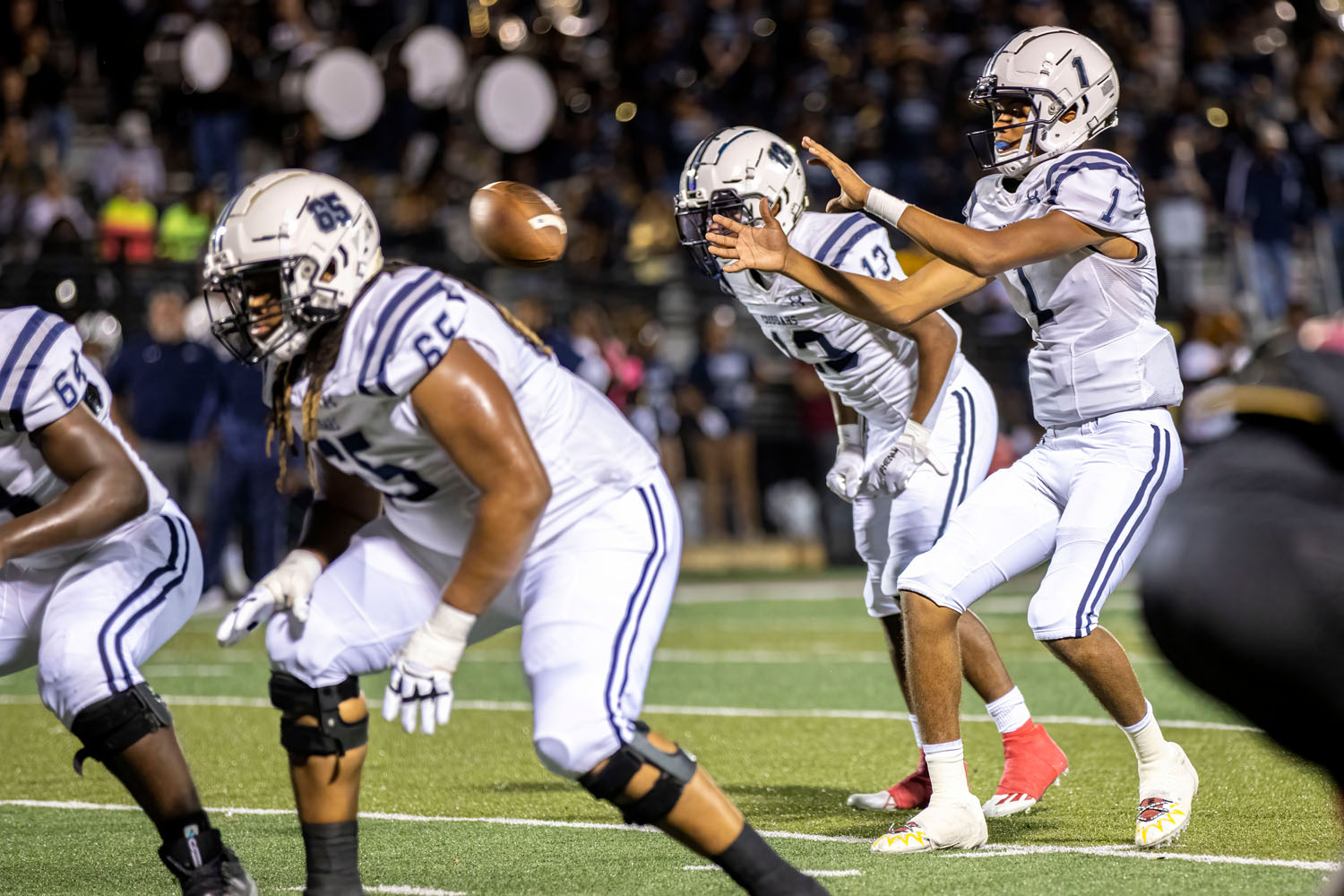 Kamari McClellan and the Clay-Chalkville offense had a tough night in a loss to defending 7A state champion Thompson on Friday, September 23. (Photo by Ron Burkett)

ALABASTER — Clay-Chalkville turned the ball over four times in a 17-14 loss against defending 7A state champion Thompson here on Friday, September 23 in a game that featured a pair of stout defenses. 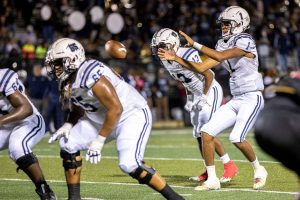 Kamari McClellan and the Clay-Chalkville offense had a tough night in a loss to defending 7A state champion Thompson on Friday, September 23. (Photo by Ron Burkett)

The last turnover, quarterback Kamari McClellan’s second interception of the night, came with time winding down. Thompson was able to kneel out the clock to preserve the win. But the Warriors looked very human against a Clay-Chalkville team that came into the game riding the longest active winning streak of any team in the state.

The Cougars outgained Thompson 275 yards to 261, and a salty defense gave ground only grudgingly. With the exception of a couple of big plays, the Cougars played this one about as tight as they could.

McClellan hit Mario Craver for a a 37-yard touchdown in the second quarter to pull within 3, trailing 10-7 at the break, and the Cougars did something unimaginable after the score: The team that always goes for two actually kicked a point after. Daniel Diaz made two extra points in the game for Clay-Chalkville, Aaron Osley ran for 112 yards and a score, most of that coming on a 77-yard scamper for a touchdown that left every Thompson defender eating his dust.

But the turnovers hurt, and in more ways than one. Harried and harassed all night, McClellan was stripped on the Cougars’ first possession, deep in their own territory. While the defense — led by DJ Barber and Matthew Yafondo — was able to stop Thompson from scoring, the Warriors found the key to beating Clay-Chalkville.

Putting constant pressure on McClellan forced him into two more turnovers, and the Cougars never got the kind of momentum they’re used to. And even then, McClellan still out-dueled Thompson quarterback Zach Sims. McClellan was 14-for-26 for 168 yards and a touchdown, while Sims was 16-for-23 for 137 yards.

And even with the turnovers, Clay-Chalkville had two chances to win the game at the end. Going for it on fourth-and-goal from the three, the Cougars’ best player, Jaylen Mbakwe, was stopped for no gain with just over two minutes left. But the defense stood tall again — 15 individual players scored at least one tackle on defense for Clay — and forced the Warriors to punt from their own end zone.

With the ball back and just over a minute left, McClellan threw his second pick to end the Cougar threat. Thompson knelt down to run out the clock and preserve the victory.