LATEST NEWS
Home Local News Trussville Mayor holds press conference: ‘We are in this together’ 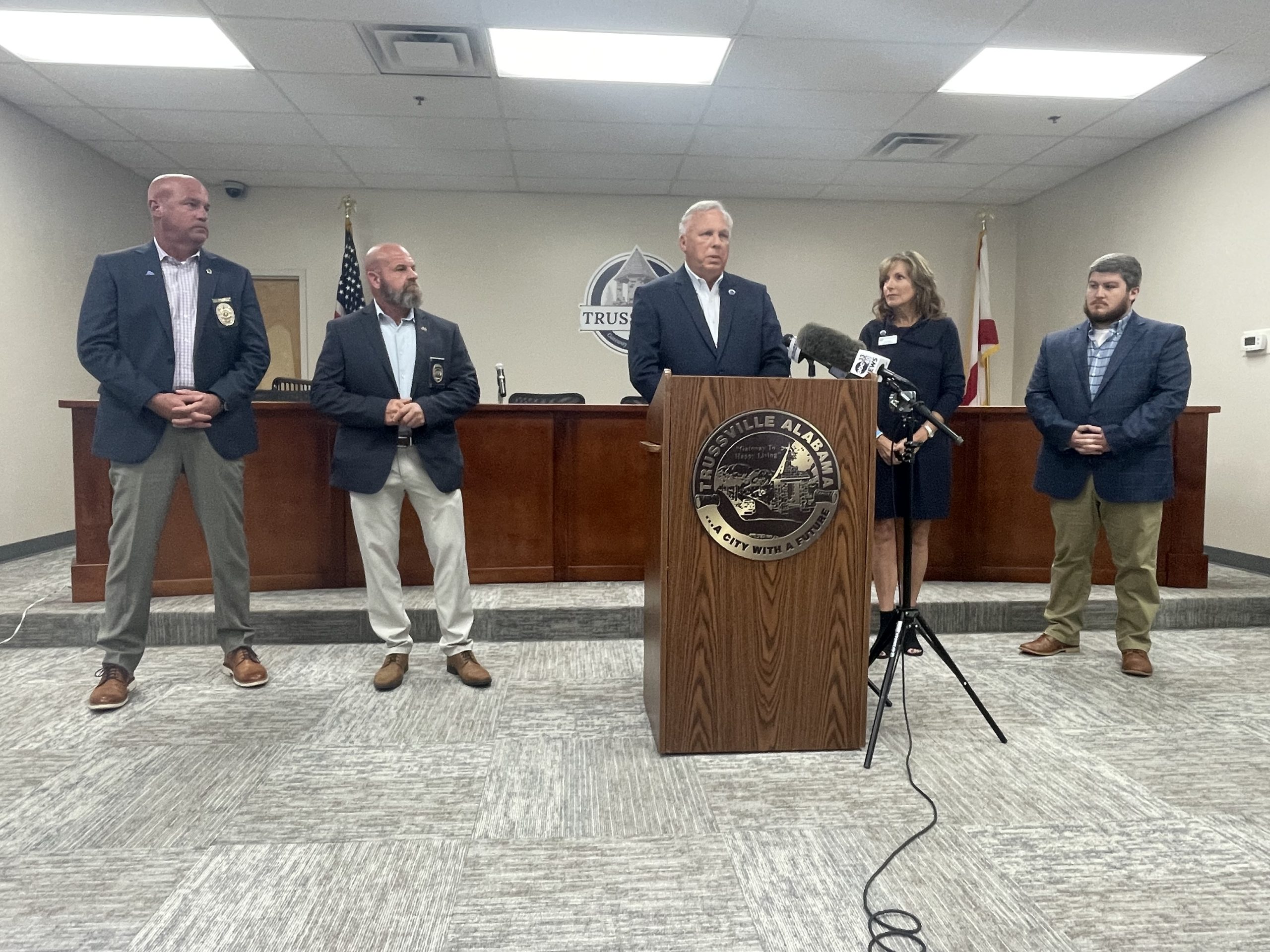 Trussville Mayor holds press conference: ‘We are in this together’ 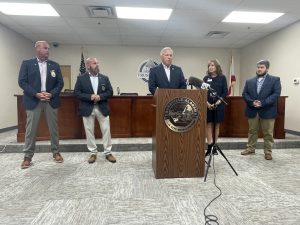 No school board members were present at the meeting, and Choat explained he wanted residents to understand that even though it is a school board issue, the city is in it with them.

“They’re part of us, and we’re part of them,” Choat said. “We’re going to be in this together.”

Choat explained that Dr. Neill and school board members offered to be present during the press conference, but he believed that this was a city meeting.

“I felt like they would be put on the spot for things that they really couldn’t answer as far as what their disciplinary action was going to be,” Choat said. “This is really about what we did as a city and how we move forward with investigations of any kind of threat to our schools.”

After gathering information yesterday and at the end of last week, it was brought to the city’s attention after the fact that the notebook was found last October, Choat explained.

“The principal at the high school admitted that he had the notebook and had it in a drawer,” Choat said. “Nobody, and I want to emphasize nobody, knew about this except three people (who) have been confirmed to know about it, (and) possibly a fourth.”

Choat said that none of those individuals included anyone at the central office, including TCS Superintendent Dr. Patti Neill, council members, or school board members.

“After a meeting with Mr. Salem, our high school principal, Dr. Neill, and one of our board members, it was made clear to us that the threat was reported by a student who went to a teacher who reported it to the counselor, who then went to Mr. Salem, and at that point, we were called in from the city’s side to investigate,” Choat said.

The Trussville Police Department (TPD) was investigating the alleged terroristic threat that was made on Friday, Sept. 16, when they were notified that, last school year, the same student had created a “death notebook” containing 40 names total, 37 names of students and three names of celebrities.

Rush said in a previous interview with The Tribune that the student responsible for the “death notebook” created it based on the show “Death Note,” where a character discovers a book that, if someone’s name is written in it while the writer imagines that person’s face, he or she will die.

The student has been reportedly suspended, according to the Rush. In addition, concerned parents have informed The Tribune that the student was allegedly sent to alternative school for 20 days after a hearing was held with the school system on Tuesday, Sept. 20.

“The concern is at a high level right now about a possibility of this even happening in Trussville,” Choat said. “We’ve always said that we’re not the exception; it could happen here. Fortunately for us, nothing has happened.”

During the meeting, Choat was asked if there were any other incidents at Trussville City Schools where law enforcement should have been notified and wasn’t. He responded by saying that there weren’t any to his knowledge.

Choat said during the press conference that once the city was notified of the incident, the Trussville Police Department began performing procedures for these types of circumstances.

“They went to the student’s house, looked for any weapons that would be a possibility to be available for this threat, and found none,” Choat said. “I want to make it clear that the City of Trussville has supported and will continue to support public safety as well as school safety as a number one priority. We cannot do that without communication.”

Choat said that the incident occurred due to the total lack of communication between the Hewitt-Trussville High School (HTHS) principal, the city, and Trussville City Schools (TCS).

“We have to have an understanding that we are in this together,” Choat said. “It’s not us against them; we are them. We have spent hundreds of thousands or millions of dollars over the years to protect our students and our faculty, and we’re going to continue to do that.”

When asked about the disciplinary actions surrounding the incident, Choat explained that TCS is gathering information.

“That will be a personnel matter that they will deal with; our responsibility to the schools is to appoint our board members,” Choat said. “We have confidence in them. They are fully aware that a mistake was made.”

Rush was asked during the press conference if the student would be a problem in the future.

“You have that possibility with any student, but there is definitely a possibility for that,” Rush said. “It will always be there and will be a situation from this point forward.”

The full video of the press conference can be found below.