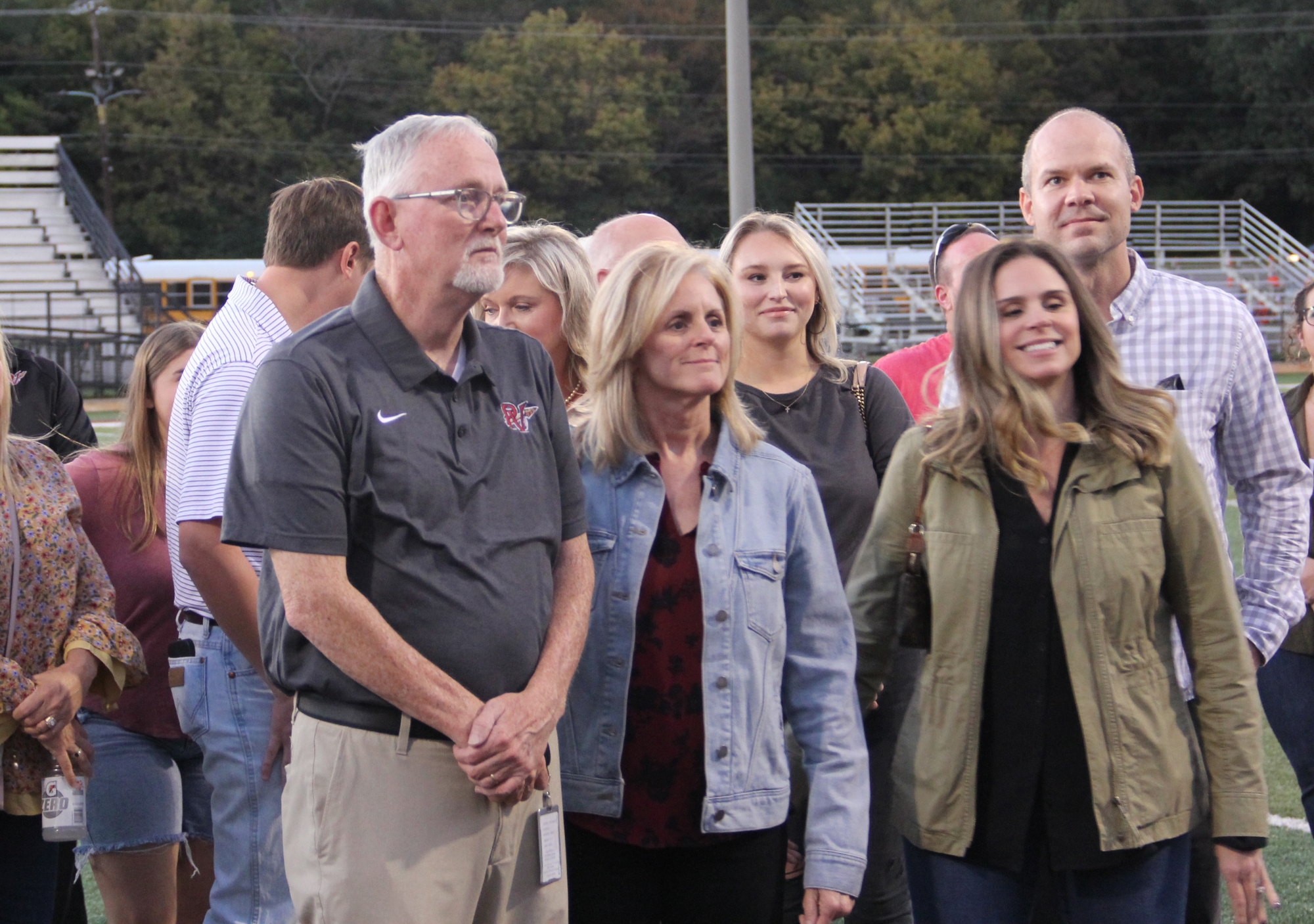 In a short and touching ceremony shortly before kickoff, Cochran was recognized for his decades of service to the Pinson Valley athletic program and to the community at large. Surrounded by family and close friends, Cochran was surprised with several honors including the renaming of the press box at Willie Adams Stadium to the Joe Cochran Press Box. 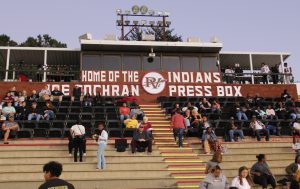 Cochran said he and his family were completely surprised by the recognition and he was hard pressed to put what it all meant to him into words.

“I had no clue. No clue whatsoever,” Cochran said. “It’s just overwhelming. It’s more than I deserve.”

Moving to Pinson in the early 1990s, Cochran quickly found himself volunteering in a number of roles in the Pinson Valley High School athletic program. He says he spent ten or 11 years calling Indians football games, 15 years or so in the girl’s softball press box, and even more time calling baseball and basketball games. He was even drafted into service as a coach for the girl’s softball team several years ago.

Over the years, Cochran has worked tirelessly to raise money for area schools, even operating an educational foundation for the better part of a decade. Shortly after Pinson was incorporated in 2004, Cochran was elected to the city council and eventually as mayor.

Surrounded by family, friends, and the community supporting his beloved Pinson Valley Indians, Cochran reflects on the community that welcomed him more than 30 years ago and allowed him an opportunity to serve, lead, and help the city grow into the community it has become.

“I thank this community for embracing me and for giving me a chance to be a part of this family. I didn’t grow up here and I’m so fortunate that this community has embraced me,” Cochran said. “Being elected mayor … I  couldn’t believe an honor like that. They are real heroes in the world. I ain’t one of them.”

“You do the things you do for the love of the community and to try to make it a better place, but in the end, it’s very nice to be recognized,” Cochran said. “I appreciate.”

The Pinson community begs to differ. Congratulations on your recognition, Mayor Cochran.