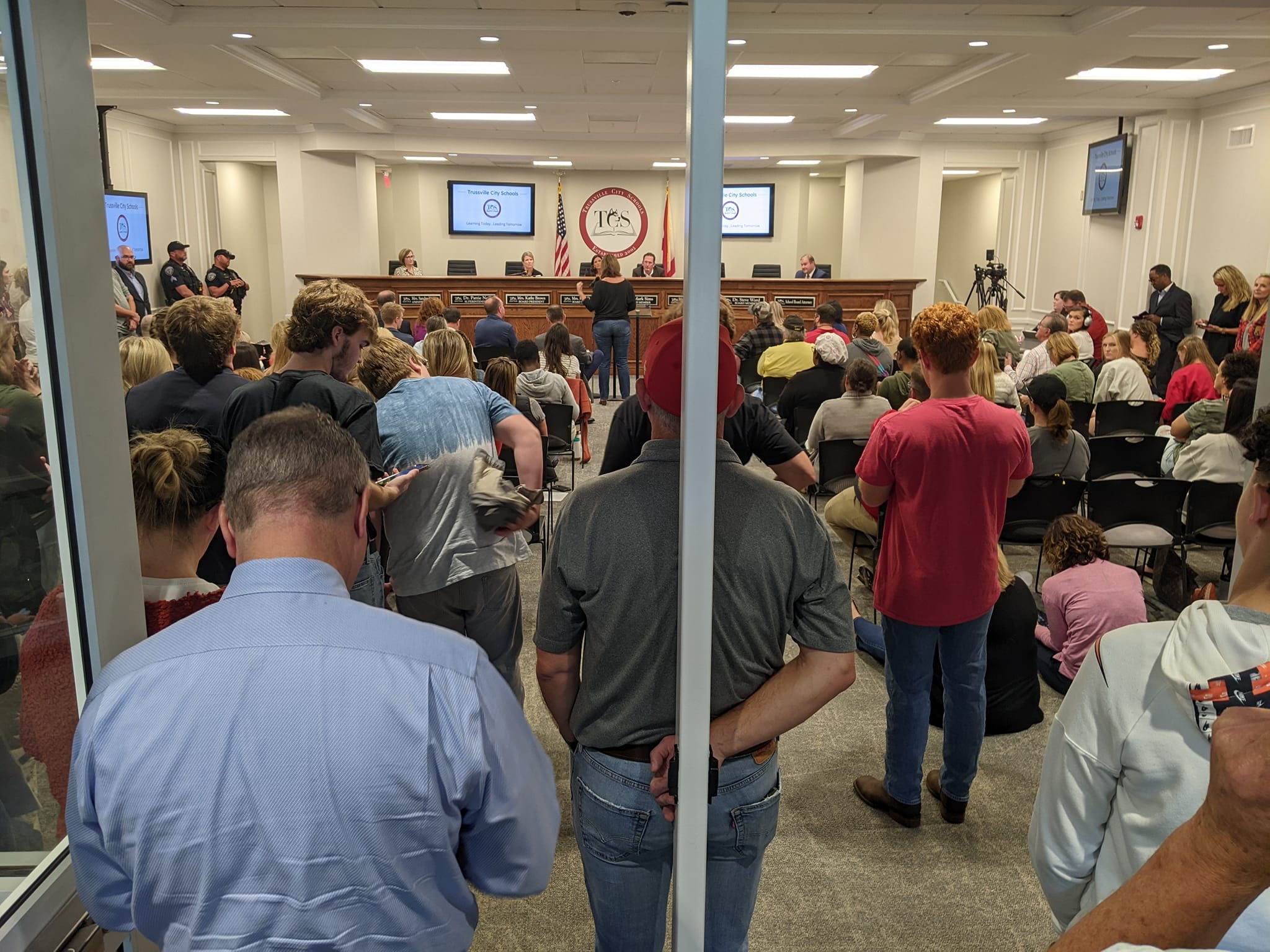 TRUSSVILLE — The Trussville City Schools Board meeting on Friday was been documented by the media, streamed to the community and witnessed by the standing room only crowd that packed the BOE chambers.

Let’s start with the BOE meeting itself. 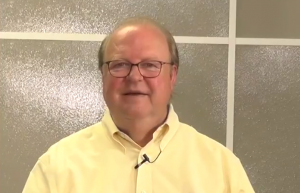 The board appeared discombobulated when the meeting began and there’s a reason for that.

An agenda item had been added by Pattie Neill allowing her to take a 60-day leave and BOE members saw it for the first time when they sat down. They were somewhat blindsided.

BOE President Kathy Brown stated later in the meeting that this had never happened before.

Brown was correct. The Tribune has been covering BOE meetings and workshops for over 14 years and we’ve never seen an agenda item added without the board’s knowledge. It was a curveball from Neill who wasn’t at the meeting.

While this was a new move to the TCS BOE, it wasn’t new to Neill.

In 2007, when Neill was then known as Patricia Ragsdale, she presented a proposal to the Cumberland County school board in Tennessee in an effort to control her own departure as she faced a vote from the BOE to transfer her out of her Director of Schools (superintendent) position. That proposal was rejected. You can read the article here.

Prior to her removal from the Director of Schools post in Tennessee, Neill was vocal about wanting to be “left alone” to reach her 30-year service date. That would have allowed her to draw full retirement immediately.

Neill was named interim superintendent of TCS on July 30, 2012 and was named superintendent on Nov. 5, 2012. Her proposed 60-day leave, if fulfilled, would push her past the 10 year mark, the earliest an employee can be vested in the Teachers Retirement System of Alabama.

Attorneys say the BOE can reverse the 60-day leave if they choose to do so. That decision may hinge on the findings of an outside investigation implemented by the board.

Even before Friday’s BOE meeting, we were seeing board members change the direction of how they had operated in the past. Based on information received, that continued following the meeting.

Let’s begin with communication. At the Tribune, we have grown accustomed to not hearing from BOE members over the last several years aside from the rare comment during meetings. Often, we received no response from the superintendent when we submitted questions.

Even when TCS hired Jason Gaston, one of the most respected communication professionals in Alabama, questions were often met with silence. While Gaston refused to fix blame on anyone, it was clear his hands were tied. Gaston left TCS for a similar position with Alabaster City Schools on Sept. 12. This is very different from the days when the BOE was led by former presidents John Floyd, Bill Roberts, and Sid McNeal.All three maintained ongoing, constant conversations with the Tribune both on and off the record. These conversations included making sure the Tribune had the most accurate information and inquiring as to what our staff was hearing in the community in order to keep themselves in touch and to better address citizen’s concerns. All three were readily available for comment to the Tribune whenever they were called on.Last week’s statement from BOE VP Kim DeShazo was far bigger than most realize. Not only was the statement a stark new approach for this board, but the details of her statement conveyed a transparency and understanding not seen in years. The statement pledged a change in transparency and communication with citizens, students, teachers, and the media. That demonstrates a deep level of understanding by board members of the issues that led to the community’s frustration. DeShazo literally wiped the slate clean in regard to everything the board had been doing in the past.

Additionally, DeShazo requested individual email accounts for board members and published those emails in The Loop on Saturday morning. For the first time, the public will have a direct unfiltered path to communicate with BOE members.But there’s more. The statement added new information to the timeline of when Neill knew about the most recent incident at HTHS and when the BOE was informed.

Around 8:30 p.m. on Sept, 21, just hours after board members heard about the incident, the HTHS story was published in The Trussville Tribune and included a lengthy comment from Neill.

Following Friday’s marathon meeting, BOE member Mark Sims began personally visiting schools. Sources inside the schools said some school administrators weren’t sure what to make of his appearance and others were openly excited to see him. Nevertheless, his visits were well received.

Sources tell me Neill no longer has access to the TCS central office, email or computers.

For starters, the board promised action and I believe them. There does seem to be a sense of urgency and DeShazo said that they would have to divide and conquer. That appears to be exactly what they’re doing. The expediency with which they’re moving is impressive. Info is now flowing freely among school employees, past and present, as well as community members. My understanding is there is a lot of documentation accompanying this info.

How long the investigation will take is anyone’s guess, but there is reason to believe the board will have enough information to make the call on Neill’s future within days or weeks, not months. I don’t expect her to return.

There is reason for optimism with this board. Their concern with what they were hearing from the public was evident on Friday. Their actions since seem to indicate a commitment to correcting course quickly and getting it right. Make no mistake, there is much work to be done.

They heard you loud and clear, Trussville. And they’re moving forward in a deliberate fashion.