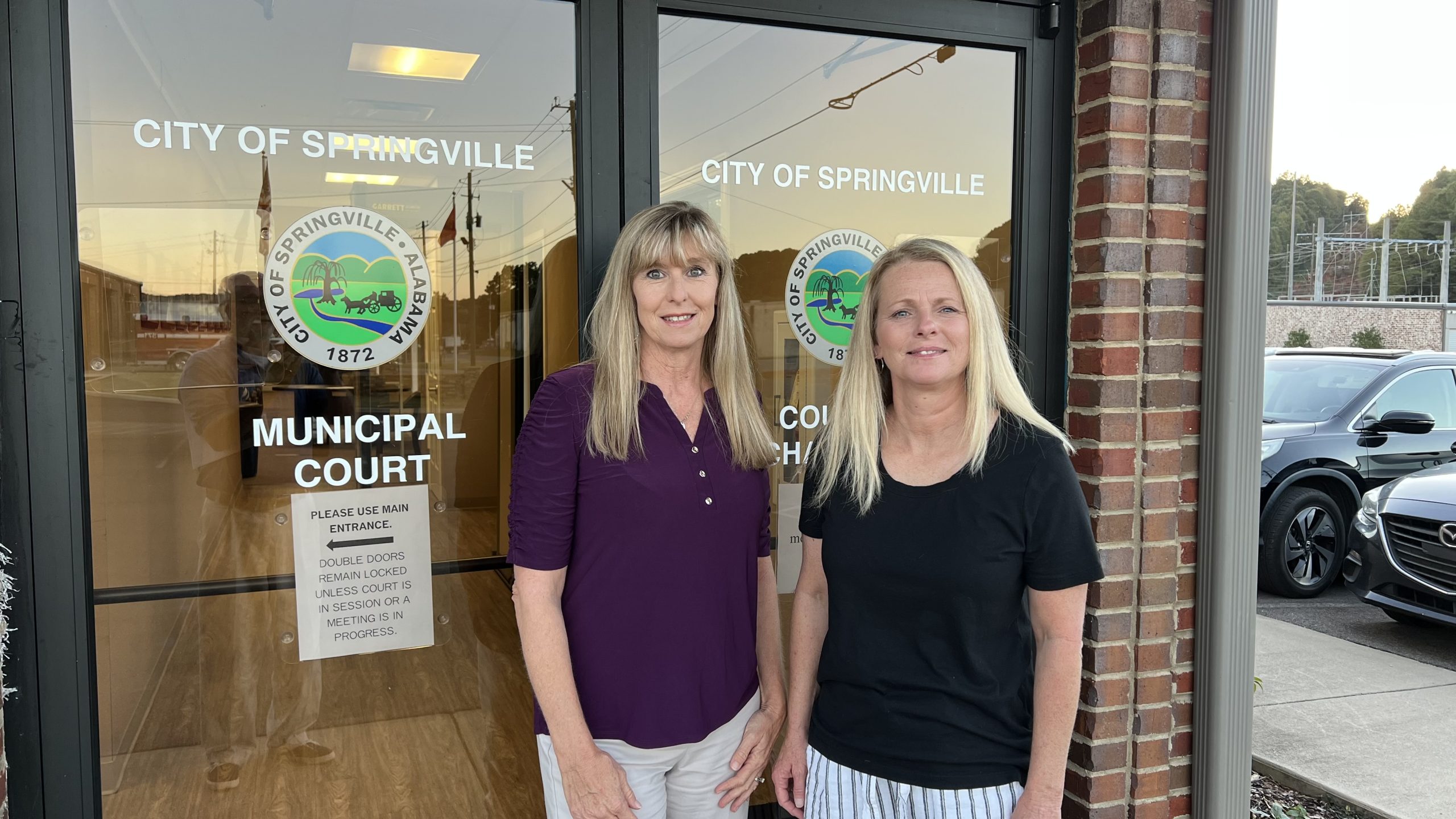 Joyce Cunningham and Michelle DeGeorge spoke to the Springville Council on behalf of the ARC of St. Clair County. (Photo by Terry Schrimscher)

SPRINGVILLE — The Springville City Council met Monday night, Oct. 3, for the first regular meeting of the month. Much of the agenda was discussed in the work session prior to the meeting. 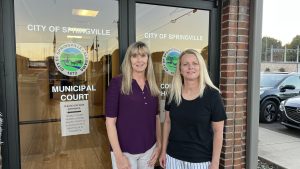 Joyce Cunningham and Michelle DeGeorge spoke to the Springville Council on behalf of the ARC of St. Clair County. (Photo by Terry Schrimscher)

One item up for discussion involved merit pay increases for part-time employees of the city. The council also voted to amend employee benefits to cover 75% of family healthcare coverage. The amended package increases coverage from 50% of expenses included for families last year. The city currently covers 100% of employee healthcare benefits for individuals.

In the work session, representatives from the ARC of St. Clair County spoke to the council about a fundraising gala planned for December.

“We’ve had to cut back during covid because of finances,” Joyce Cunningham said.

She said the ARC of St. Clair is hosting its first large fundraising gala in its 49-year history this year. Cunningham services ad board chair for the organization. The gala will be held at Matthews Manor in Springville at 6 p.m. on Dec. 2.

Speaking to The Trussville Tribune, Cunningham said the ARC of St. Clair gets some funding allocated from the county commission and has funding coming from Pell City, as well. She is reaching out to other cities across the county to help meet the needs of citizens with Intellectual and Developmental Disabilities (IDDs).

“We’ve struggled through covid, and we really don’t want to lose this agency in St. Clair County because it really does a wonderful service,” Cunningham said.

Cunningham and Michelle DeGeorge, who serves as treasurer for the ARC, will work with Mayor Dave Thomas to develop a proposal to present to the council at a future meeting. They said schools have programs for students with IDDs, but people with disabilities are often forgotten after graduation.

In other businesses, the council suspended automatic rate increases on water. The city also created a new position for a Certified Water System Operator.

The council also approved hiring three School Resource Officers, which will be funded through the county. One officer will be delegated for each of the city’s three schools.

In closing, Mayor Thomas asked everyone to send their prayers and well wishes for councilmember Wayne Tucker who is in the hospital.