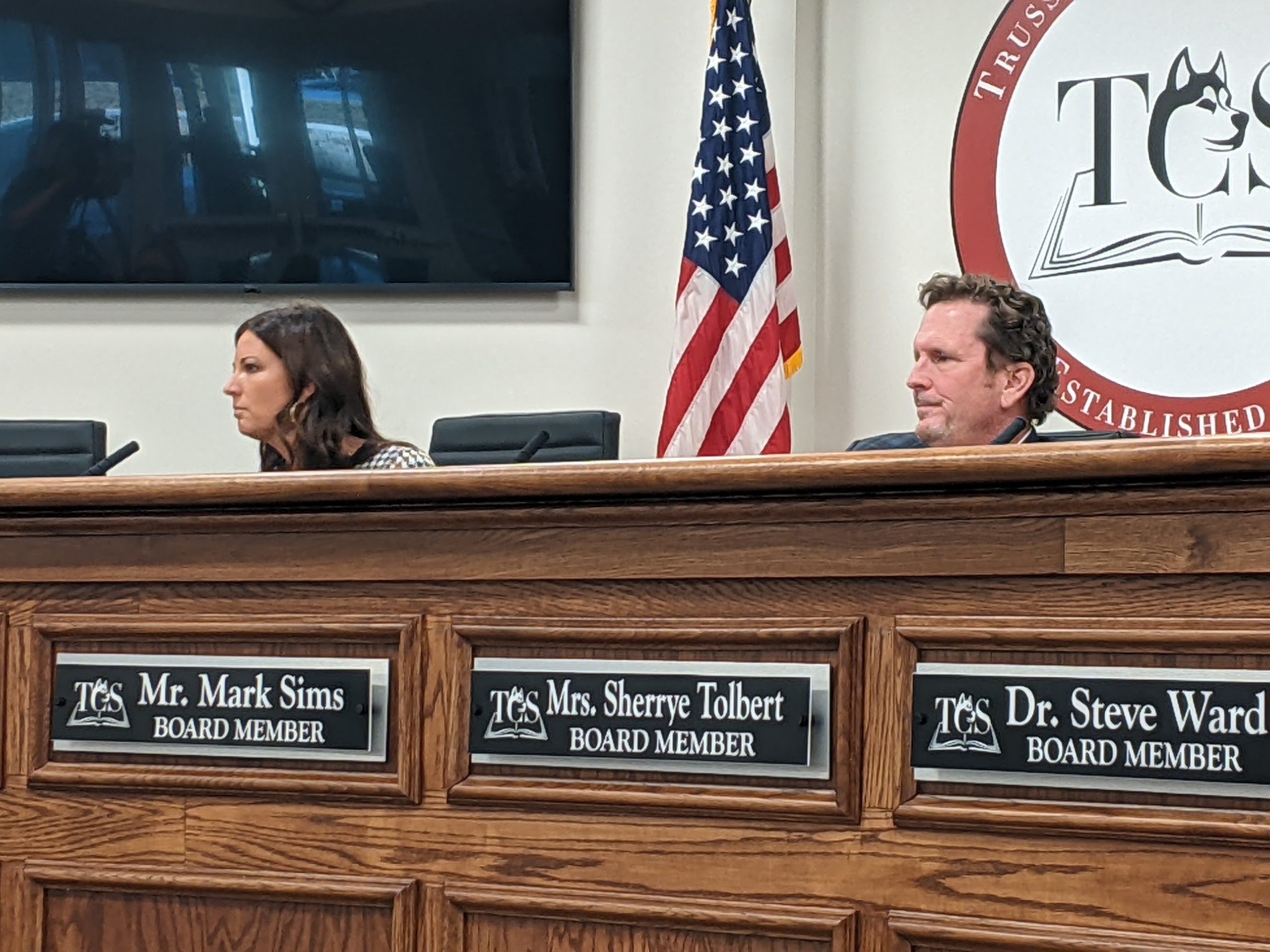 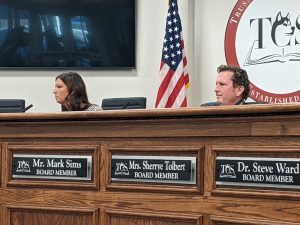 Board President Kathy Brown explained that the board is not ready to vote and would need to have a more concise plan, and they decided to table the vote.

Board Vice President Kim DeShazo explained that the board had options in which direction they would like to take in determining an acting superintendent.

“We can look internally, or we can look externally,” DeShazo said. “There are pros and cons for both.”

DeShazo said looking internally would be someone that knows the system, is comfortable with the system and knows the people. However, if they take one of the internal people, they would be taking them away from their current position, and then would have to find somebody to do their job.

“Looking externally, of course, it’s somebody that doesn’t know our community, but that may not be a bad thing. They may bring new ideas, they bring fresh ideas, they bring experiences from themselves,” DeShazo said. “We’ve reached out to the AASB and asked them for recommendations from a list of superintendents that are retired, so they would not be someone that would be seeking out a job anywhere permanently.”

The interim superintendent would simply become an acting superintendent temporarily. DeShazo explained that the better option is to look external and use someone from AASB.

In order for the school board business to be conducted, they need to have an active superintendent.

Brown explained that the board can only meet with two or more board members in an open forum because of the Sunshine Law.

Boardmember Mark Sims spoke with Sally Smith, who is the President of AASB, and Susan Walker over development and explained that the AASB has candidates that the Board could use as acting superintendent.

“They have candidates that have retired from superintendent roles, probably 7A and some are smaller, and some from other parts of the state,” Sims said. “These people are still very involved in education.”

Sims explained that some of the candidates have stepped into other acting superintendent roles in the past.

“What I asked them to do, to save us time, is to vet a few people that we could talk to,” Sims said. “Then the purpose of tonight would be to set up a format that we can move as expeditiously as possible for meetings with these candidates; once they supply those who are interested in our opportunity, to discuss with them and begin to work out details.”

Sims said he should have a list by tomorrow, but that is not a guarantee. Once the list is provided, Sims and Boardmember Sherrye Tolbert will start having zoom or in-person interviews.

Tolbert said that the board wants to keep the public informed on what’s going on as they continue to push forward with the process.

“We are trying to let everyone know what’s going on as we push through this,” Tolbert said. “That’s the whole thing, it’s communication.

Brown said the board could call a meeting before the regularly scheduled meeting on Oct. 17, 2022, if they have determined an interim superintendent.

In other news, the board is working to add a way for those who did not attend the meeting to get a breakdown of the events on the TCS website.

DeShazo explained that she spoke with Chief Eric Rush, and they have determined that starting today, the Trussville Police Department (TPD), not just SROs, would have full access to all the schools in TCS.

“If there were an emergency at one of the schools, the SROs and any member of the police department can come in,” DeShazo said.

DeShazo explained that it’s a very important step for law enforcement to have access to the schools.

“It’s one of those needs that we didn’t know that existed,” DeShazo said “I also had a lot of people reach out to me about safety and people that are in independent organizations that have offered their services to help with Threat Assessment protocols, present policies and procedures, and training that they may offer.”

DeShazo said she has forwarded all the information to Rush, who she believes is better equipped to determine what the best course of action should be.

“I also invited Chief Rush to come to our Oct. 17 board meeting to report to us if he thinks that any of those programs that we need to develop and what he would have to do to put this into place,” DeShazo said.

The Community Foundation of Greater Birmingham reached out to DeShazo to explain some programs that include mental health and bullying programs to be implemented in the schools. DeShazo said she plans to meet with her on Friday to discuss it further.

“This is kind of a new day here in TCS, I think we are going to move forward with more collaboration and more involvement of board members, parents, teachers, administrators, all working together so that we all have the same goal, which is to improve TCS,” DeShazo said.

Brown said moving forward, they want to help everyone. She explained that TCS is a great school system, but if something is broken they need to fix it.