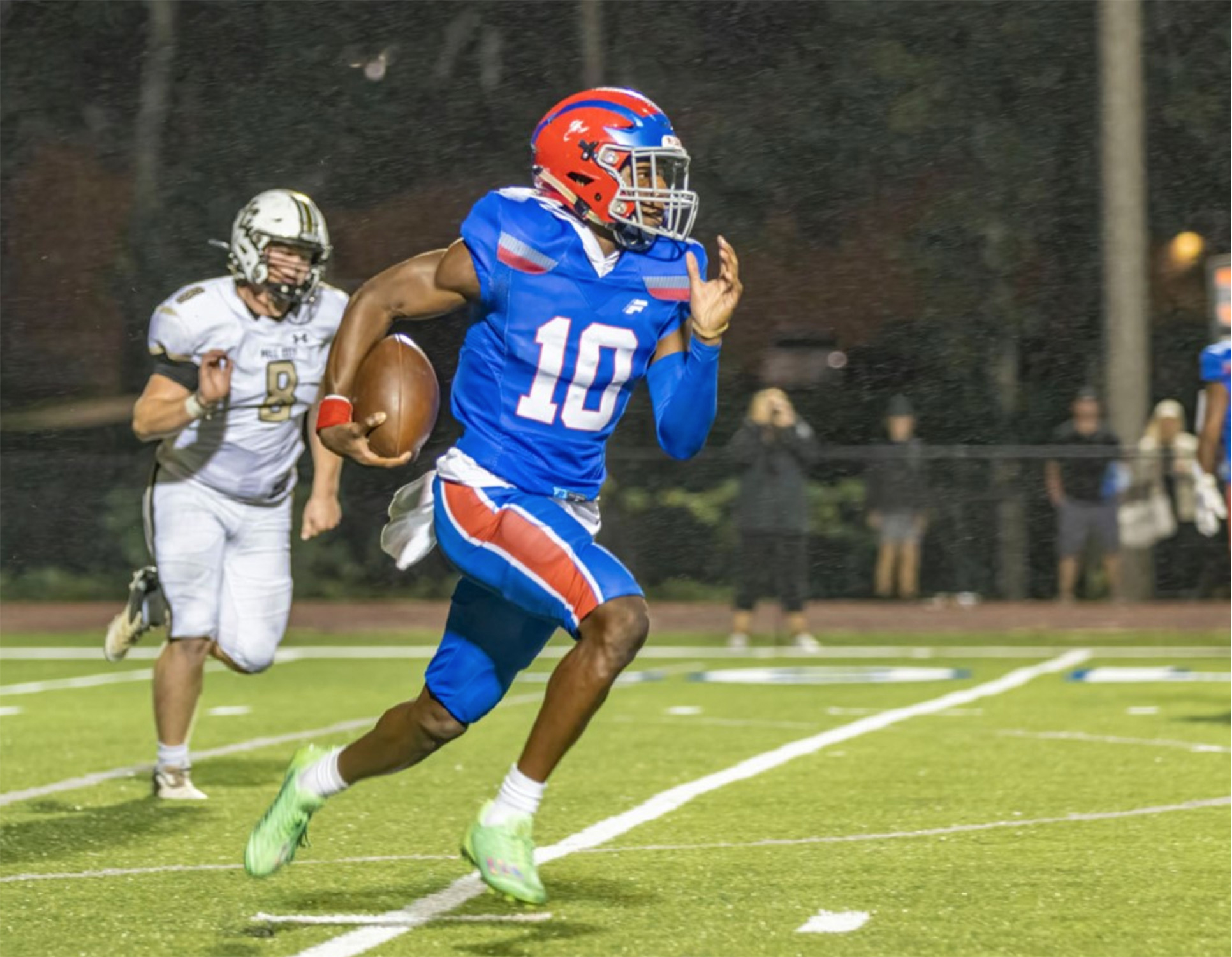 The Center Point Eagles are the Trussville Tribune's Team Of The Week. (Photo by Ron Burkett)

CENTER POINT — Whatever George Bates is selling, everyone should buy it. The Head Coach of the Center Point Eagles has turned this team in the shadows of Clay Chalkville and Pinson Valley into contenders. 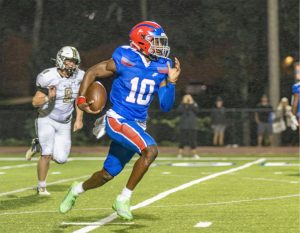 The Center Point Eagles are the Trussville Tribune’s Team Of The Week. (Photo by Ron Burkett)

In their first year back as a 6A program, Center Point currently sports a record of 6-1, their lone loss to Clay Chalkville on Sept. 16.

On Friday, Sept. 30, Center Point defeated region foe Shades Valley, 36-20. Senior running back Troy Bruce Jr. almost singlehandedly destroyed the Mounties’ defense scoring a ridiculous five touchdowns on the night, helping to lead the Eagles to their third region win and, most importantly, a berth in the 2022 Alabama 6A playoffs.

It’s almost impossible to overstate what Bates has accomplished at Center Point. In 2017, the last 6A season at Center Point and the year before Bates arrived, the Eagles were 1-9. This season, none of Center Point’s victories have been close. Led by Bruce, quarterback Jabari Collier, and wide receiver Harold Hollomon, Center Point is averaging 236 yards rushing and 144 yards passing per game. They’re also dangerous on special teams, having gained 463 yards on kickoff returns returning several of them for touchdowns this season.

Now, with three games left in the 2022 regular season, Center Point joins Clay Chalkville and Oxford with three wins in 6A Region 6, without a doubt one of the toughest regions in the state.

The Eagles take the field each week with a chip on their shoulder. Upon their return to 6A, few outside observers thought they could compete in this region right out of the gate.

The Center Point Eagles are a dangerous team. And they’re the Trussville Tribune’s Team of the Week.