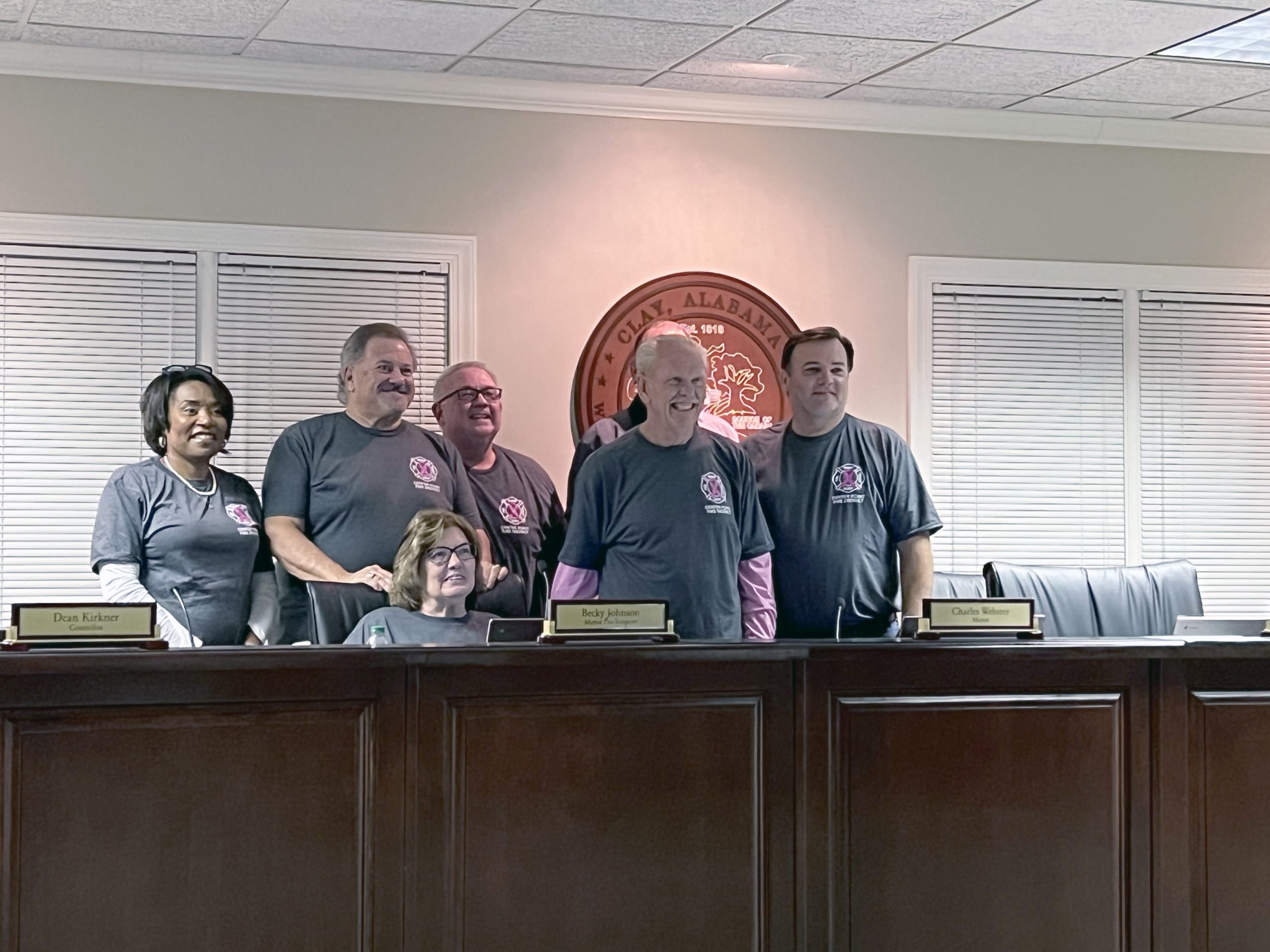 CLAY — The Clay City Council met Tuesday night, October 26, for the second scheduled monthly meeting of October. Much of the agenda was covered in the report from City Manager Ronnie Dixon. All members of the Council were dressed in matching t-shirts supporting the annual fundraiser for The Breast Cancer Research Foundation of Alabama. 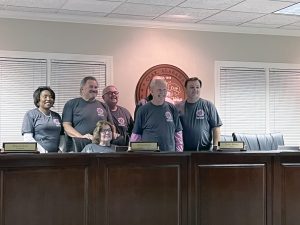 “All of the outlets in Clay, Dollar General, Publix, and the Pig [Piggly Wiggly] all have their letter in hand that starting next Tuesday, there will be a two-cent sales tax reduction,” Dixon said. “As far as today, they’re ready for it.”

The Council approved a reduction in the sales tax on food items as defined by the Alabama Supplemental Nutrition Assistance Program (SNAP) in August. The tax cut will be in effect for two years before reverting back to the current rate after October 31, 2024.

Dixon said only four stores in the Clay community would be impacted by the cuts. Piggly Wiggly, Publix, and two Dollar General stores operate under SNAP guidelines in the city. The reduction would not change state and county taxes on the items but would cut the city’s portion in half. Clay currently collects four-cents per dollar on groceries.

Due to vandalism, Dixon said all public restrooms operated by the city had been closed until new security systems can be installed. The closures were announced on the city’s Facebook page on October 17.

“The Fire Marshall guesses they filled it with silly string and then ignited the silly string,” Dixon said. “It makes a flash of about 1200 degrees. They’ve been trying to clean it for a week now.”

Dixon said security cameras show more than 100 people around the restroom area on the day in question, but they have not yet identified the culprit in the fire. As a result, restrooms at Cosby Lake will be open during business hours, but all other city restrooms will be closed pending security upgrades.

The Council also approved a resolution to condemn a house located at 5240 Baggett Drive after previously taking action on the property in August. The house was purchased after the August meeting, but no progress has been made in maintenance or upgrades.

The Council held two public hearings during the meeting. The first hearing involved the annexation of a parcel of land at 6739 Old Springville Road. A small patch of the property was not included in the limits of the city when Clay incorporated it. The property is owned by Dr. Grovenstein at Deerfoot Dental. The second hearing involved rezoning properties between 6522 and 6722 Old Springville Road to allow the possible construction on garden homes.

The City also approved the release of liens on the property located at 5909 Elizabeth Drive.

The next meeting of the Clay City Council is set for Tuesday, November 8.