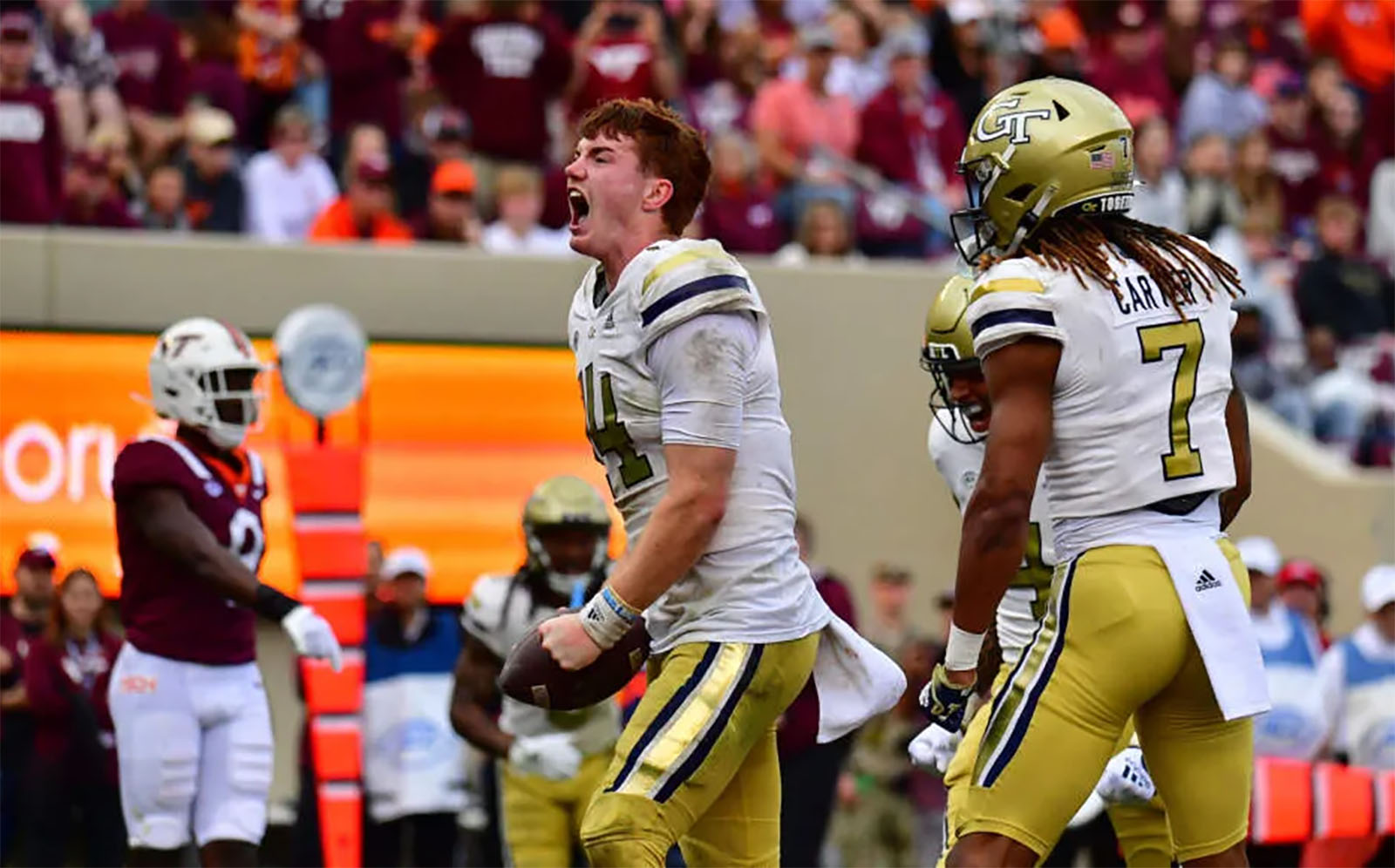 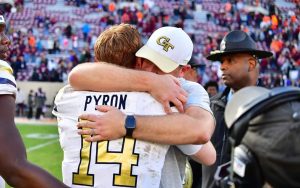 Making his first start under center, Pyron accounted for 319 total yards, completing 19-of-32 passes for 253 yards and rushing for an additional 66 yards en route to the Yellow Jackets 28-27 over the Hokies in a key ACC match-up. With the victory, Georgia Tech improves to 4-3 overall, 3-3 in the ACC.

With the Yellow Jackets trailing late, 2 7-16. The Georgia Tech defense stepped up, forcing three turnovers in the fourth quarter. Pyron led two touchdown drives in the final frame, including a 73-yard, nine plays drive capped off by a nine-yard touchdown run to give Georgia Teach the lead with 3:30 to go in the game.

During his post-game press conference, interim Head Coach Brent Key, a Trussville native, said the come-from-behind win demonstrated the hard and discipline he is working to instill in the Yellow Jackets.

“It was a really good team win. The be up, to be down, to persevere to keep fighting through, it really showed the character of these guys,” said Key. “That was one of the things we talked about this week was winning each day with our character and our grit. I think those things showed up today. I’m really happy to come out with a win here.”

Pyron, a 2022 graduate of Pinson Valley, saw his first action last week during Tech’s 41-16 loss to Florida State, going into the game in the first quarter in place of injured starting Yellow Jacket quarterback Jeff Sims. Pyron completed 18 of his 28 passes for 198 yards with no interceptions and was responsible for two touchdowns, a 32-yard completion to E.J. Jenkins, and an 8-yard touchdown run.

Key, who recruited Pyron to Georgia Tech, has been impressed with Pyron’s play and leadership despite making a handful of freshman mistakes, including a pick-six from deep in Georgia Tech territory late in the third quarter that extended the Hokies’ lead by 11 points.

“Being a freshman out there, there are a lot of things he’s going to learn from, but, I tell you what, being a competitor ain’t one of them,” Key said. “He’s a dadgum competitor in everything he does.

“Now, we’ve got to take him into the film room and teach him to be smarter on some of those things,” Key said. “The energy on the sidelines, he brought the team together, and we played as a team.”

Key is now 3-2 since taking over as interim coach following the firing of Geoff Collins following a 1-3 start to the 2022 season.

The win gave Georgia Tech the most wins in a single season since 2018. The Yellow Jackets can improve ti .500 next Saturday with a win over Miami University in an ACC Coastal Division showdown.