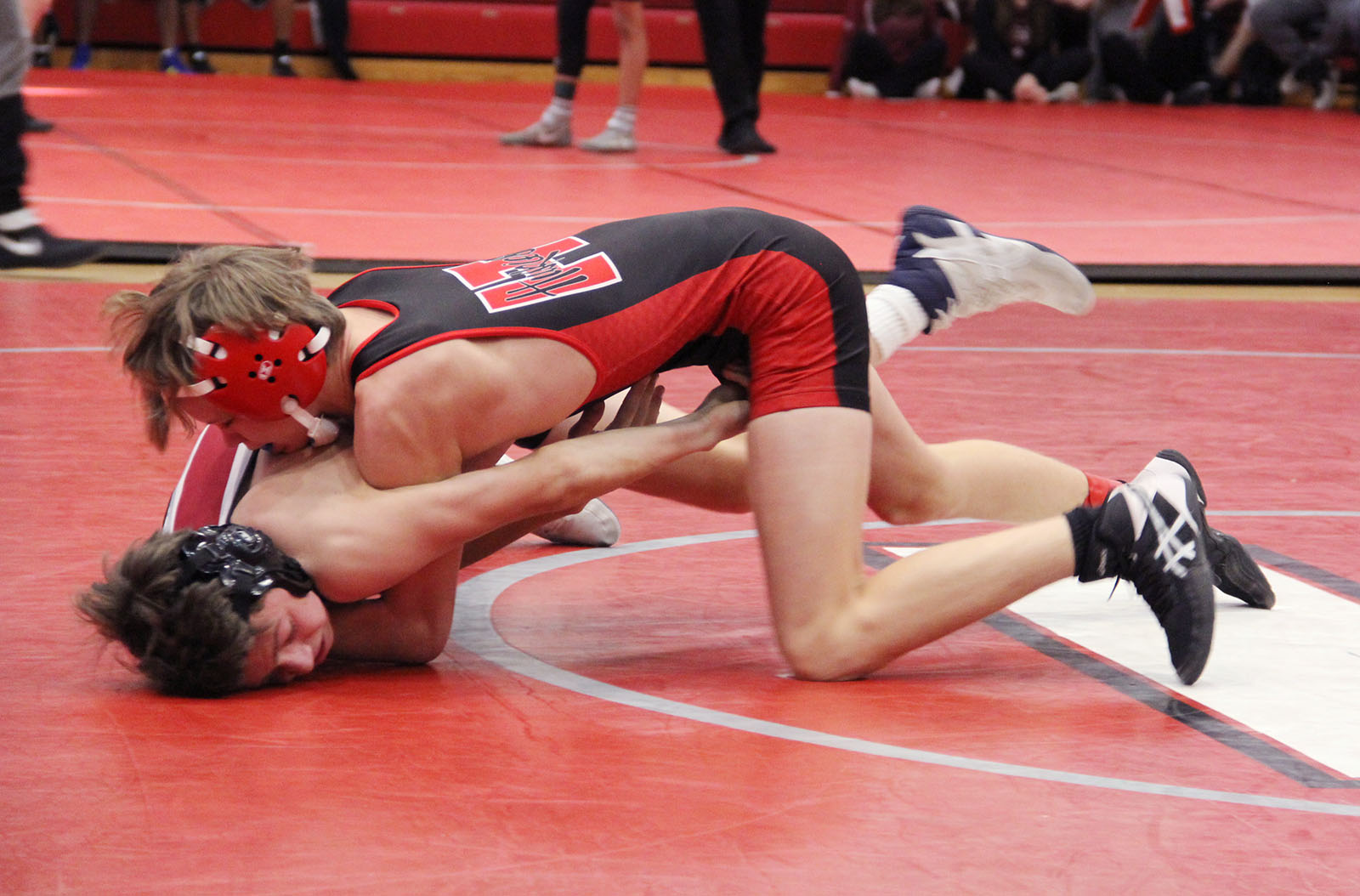 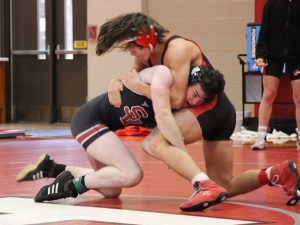 Third-year Wrestling Head Coach Chris Pike said this meet was designed to give the Huskies valuable competition experience as the heart of the schedule nears, including the Patrick Aaron Memorial Thanksgiving Duals hosted by Hewitt-Trussville on Wednesday, Nov. 23.

Pike is replacing 12 seniors, eight of whom started, including a state champion, a state runner-up, two third place wrestlers and one fourth place wrestler from the 2021-22 team. Pike states that the younger athletes stepping up into starting roles know the expectations are high and are working hard to meet them.

“We have a lot more sophomores in our lineup this year than we did last year, but they’ve been working really hard,” said Pike. “The expectations were set for them last year and the previous year. And so we expect them to step up to those expectations as the year goes on.”

The Huskies do have some experienced athletes on the roster, including Hunter Jones, a two-time state champion, Chris Hawkins, a two-time state placer, two-time state qualifier Cameron Cantwell, and Clark Box, a junior who placed fourth in the state last year. Pike said the team will lean on these four athletes as the younger team members gain experience and confidence.

“We have a lot of young guys who are stepping into that leadership role, but they’re learning to do it as they go,” said Pike. “But, these are guys who have been there and done that, and so we expect a little bit more out of them.”

The Huskies also have their first female wrestler, Katherine Grigsby, a sophomore competing in the girls’ 120-pound division.

Also looking to gain experience in a young squad is Springville High School. Wrestling Head Coach Brian VanDeVanDer said the Springville wrestling team normally doesn’t get started competing until Thanksgiving at the Hayden High School duals meet, but accepted an invitation to get his team a little seasoning early.

VanDeVanDer helped launch the wrestling program a little more than 15 years ago and is still at work establishing a wrestling tradition at Springville.

“The thing that hurts us is when they step into our room, for 90 percent of their first time ever to see a wrestling singlet much less a mat,” he said. “I’ve got a couple of Juniors that are wrestling but they have never wrestled before. But our kids fight and that’s what we ask them to do.”

The Shades Valley Mounties come into the tournament having competed in one junior varsity tournament and a meet with the Alabama School for the Blind. Head Coach Martin Blankenship, in his first year back at Shades Valley after his initial tenure from 2015-2019, says the Mounties wrestling program is in a transition period after a few years in the wilderness.

“They had three coaches in the three years I was gone, so I’m basically having to start over and rebuild the culture,” Blankenship said. “There might be two guys on the team that did anything in terms of off-season wrestling so that have the understand that to compete with the Hewitt-Trussvilles and the Scottsboros of the world that they have to basically wrestle year-round.”

Despite the lack of consistency due to the coaching carousel, Blankenship pointed out a handful of athletes who are stepping up as leaders for the Mounties such as sophomore 113-pounder David Barclay and 160-pounder Trevor Hendricks, and 220-pounder Julian Maddox, who Blankenship said has potential to be a state contender this year.