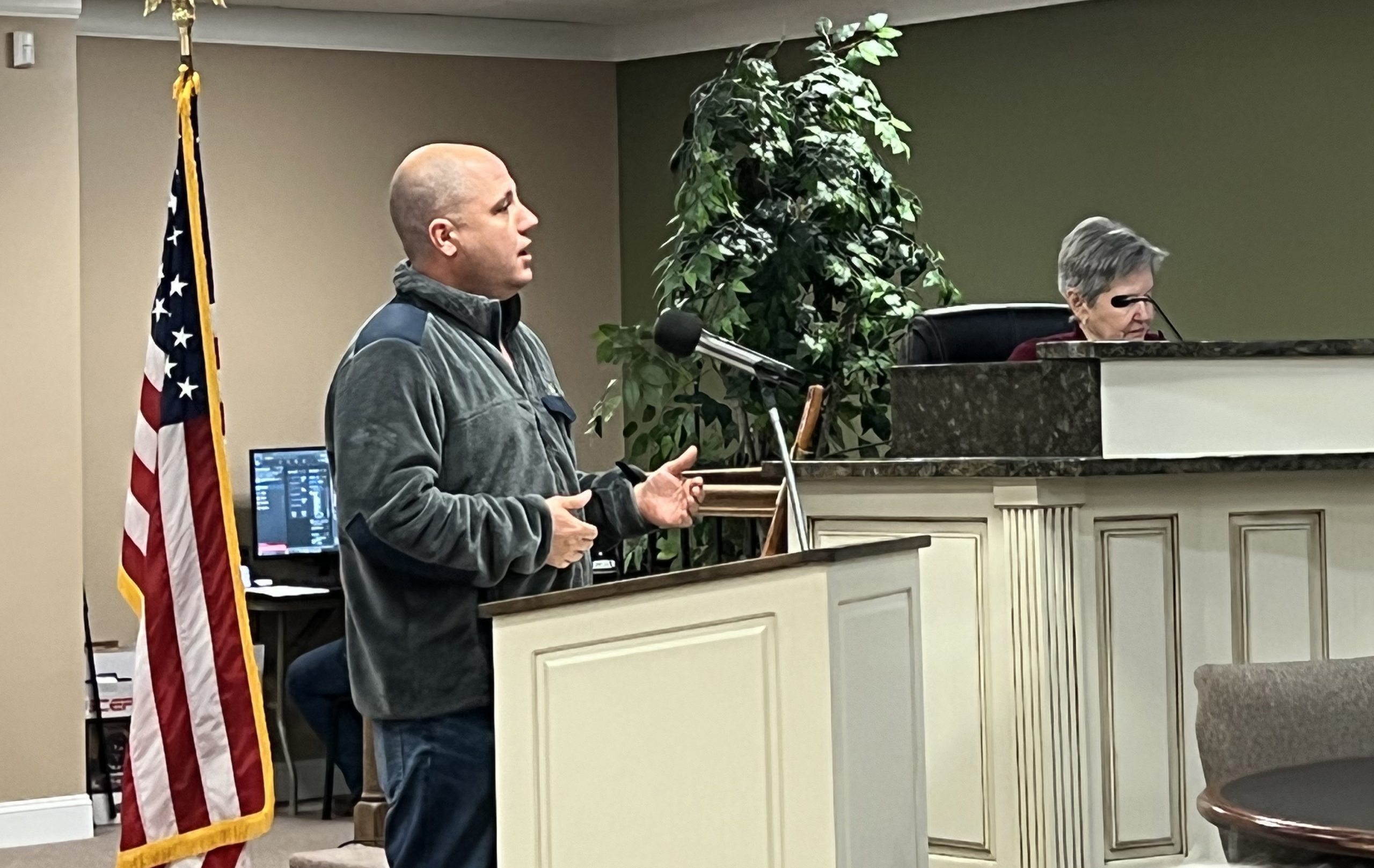 Brian DeMarco said the Springville Beverage Corporation is preparing to begin production on a brand of bottled water named Spring which will be sourced from Springville's historic natural springs. (Photo by Terry Schrimscher) 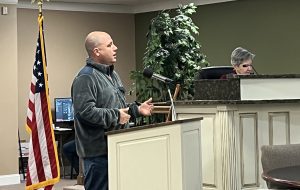 Brian DeMarco said the Springville Beverage Corporation is preparing to begin production on a brand of bottled water named Spring, which will be sourced from Springville’s historic natural springs. (Photo by Terry Schrimscher)

“We have 13 employees who, for the past two years, have received a check in November for longevity pay who will not be receiving it this year,” Stone said. “Only 20 employees out of the whole city, out of 70 or 75 employees, qualify for it.”

In the personnel manual, which was approved in August, the city set a five-year threshold for longevity pay. Under the new rules, the bonus checks are automatically paid each November unless the Council votes to rescind payment for a fiscal year.

“It was brought to my attention a few weeks ago. One of the department heads had emailed me or called me asking. He had a couple of employees he thought had received it for a couple of years,” Stone said. “He wanted to know how many of his employees had received it before and would not be receiving it this time.”

Other city employees in the meeting shared their concerns. Police Chief Wayne Walton added none of the full-time staff and only one part-time employee in his department would qualify for the bonus check under the new guidelines. Library director Jamie Twente added that employees in her department depend on that extra check during the holiday season but would not receive it according to the new handbook regulations.

Under the current guidelines, the gross impact for eligible longevity pay is $11,980. Stone estimates the cost to extend the pay to the rest of the city employees could reach $35,000.

Although the checks are scheduled to be paid in November, the Council moved to table the issue until the first meeting in December so Mayor Thomas can be present for the discussion.

The Council approved an additional $10,000 in funding for the sesquicentennial celebration and Christmas parade due to the high cost of fireworks.

The Council approved an amended agreement with Springville Beverage Corporation to allow the company to install the piping for the bottling facility instead of having the city take on the work and expense.

Speaking for Springville Beverage, Brian DeMarco said the agreement calls for the company to purchase 12,000 gallons of spring water in the first year of production. The company plans to market a brand of bottled water, Spring, from Springville’s historic natural springs.

In other business, the Council addressed the following:

The next meeting of the Springville City Council is scheduled for Dec. 5.