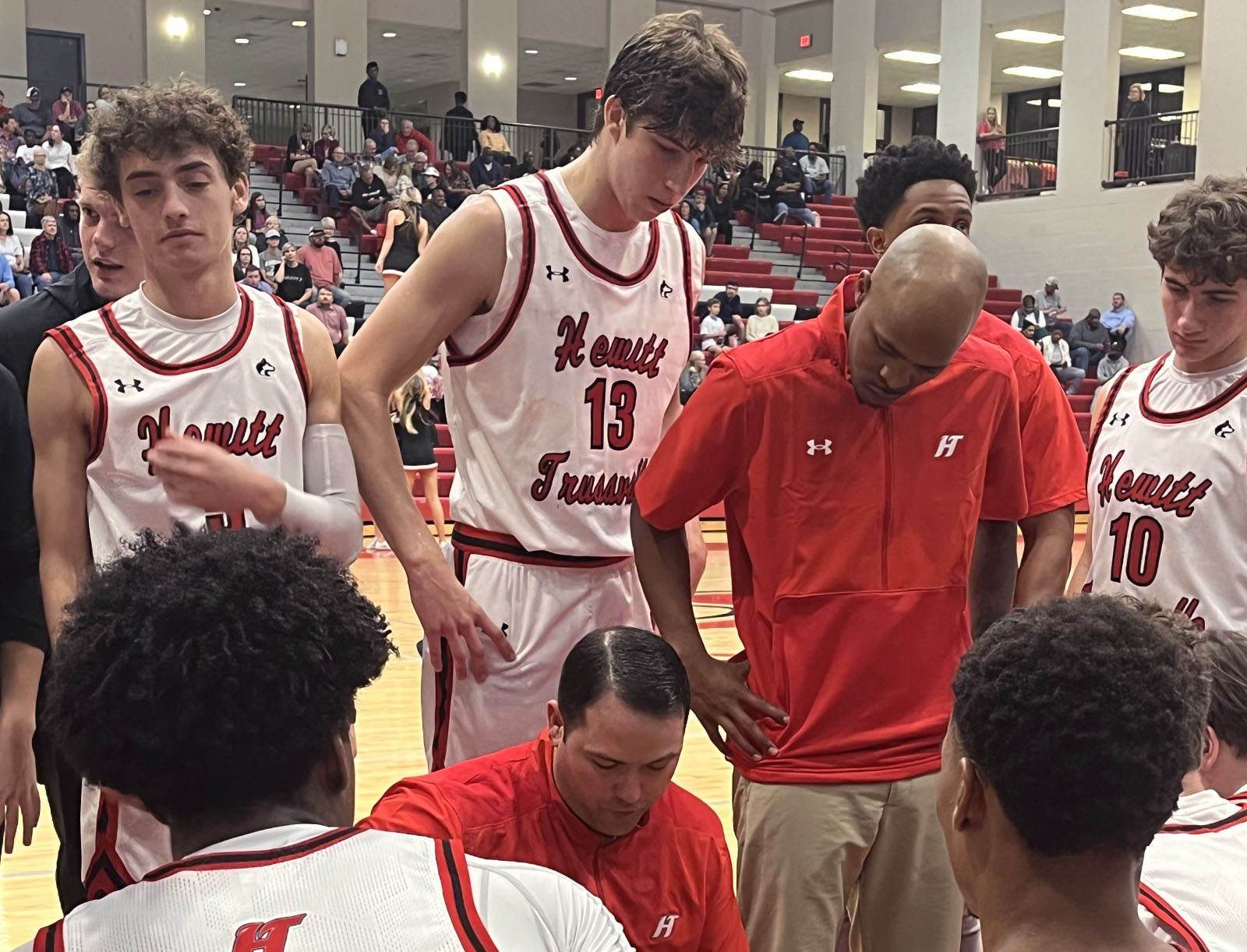 Huskies bounce back with win over Briarwood, 48-45

ALABASTER — Barely 12 hours after a hard-fought, overtime loss to Auburn, the Hewitt-Trussville boys basketball team rebounded with a win over Briarwood Christian, 48-45. 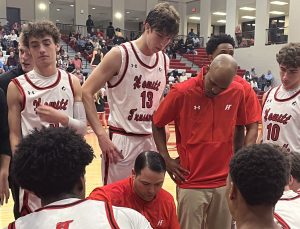 Competing in the Thompson High School Thanksgiving Invitational, the Huskies came into the matchup with Briarwood with a record of 5-2, but were still reeling after letting a three-point lead over Auburn High School slip away on Tuesday night.

With a bright-and-early tipoff time of 10:30 a.m., the Huskies wiped the sleep out of their eyes and rebounded by picking their fifth win of the 2022 season over the winless Briarwood Tigers. First-year head basketball coach Jeremy Monceaux said the win was an important gut-check moment for the Huskies.

“This was a gutsy win by our team,” said Monceaux. “We did not have our best stuff today, but we kept battling and found a way to pull out what I think was an important win for our team this early in the season.”

Monceaux said the Huskies didn’t have a great game shooting, however, the defense stepped up to shut a Tiger squad down that started the contest hot, especially from behind the arc. A defense-minded coach, Monceaux said the Huskies settled down and found a way to stop the streaky Briarwood shooters, holding them to just 20 points in the second half and to under 50 points for the game, one of Monceaux’s most important metrics for success.

The Huskies were led ​​by Legion Gaston with 14 points and Ray Rolley with 10 points and four assists. Rolley was also named to the all-tournament team.

After a 10-day break, the Huskies will be back at home to face Park Crossing High School on Friday, Dec. 2. Hewitt-Trussville defeated Park Crossing in Montgomery, 56-50, earlier in the season on Nov. 8.

The Pinson Valley Indians continued their hot start to the 2022-23 season with three consecutive wins in as many days at the Heritage Classic Thanksgiving Tournament in Birmingham. On Monday, Nov. 21, Pinson Valley obliterated Blount, 94-61, followed by a 47-37 win over Fairfield, on Tuesday, Nov. 22, and capped the tournament off with a win over Fairfield, 69-56. Pinson Valley’s record now stands at 6-0 and will travel to Montgomery for a date with Lee High School on Wednesday, Nov. 30.

Moody High School opened the 2022-23 season with a win and two losses in the Cullman High School Turkey Shootout. The Blue Devils started strong with a 66-50 win over Hamilton on Monday, Nov. 21, before losing two-in-a-row to Cullman, 74-22, on Tuesday, Nov. 22, followed by a 55-25 loss to Albertville High School. Moody will be back in action for a road game against Pell City on Tuesday, Nov. 29.