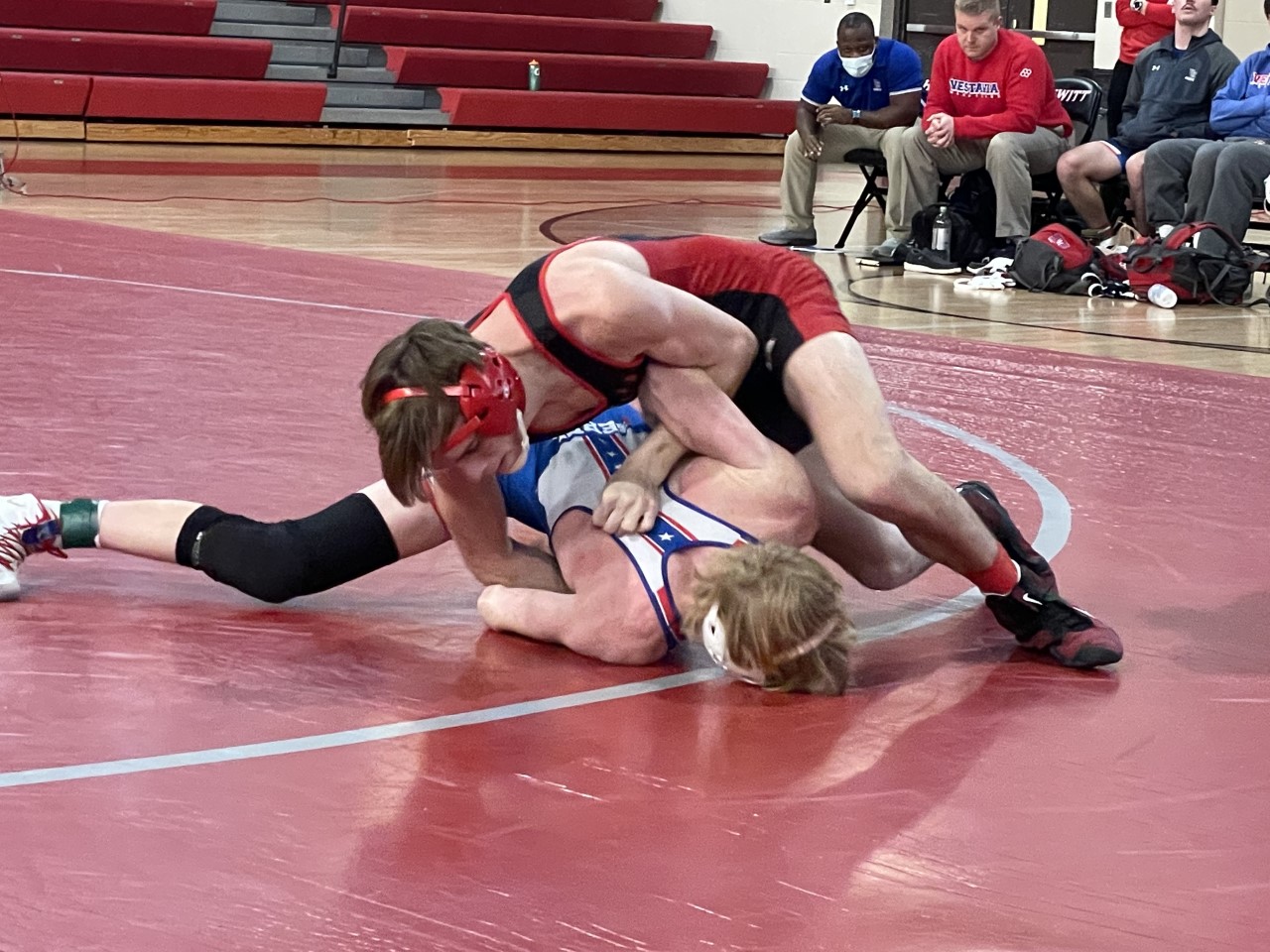 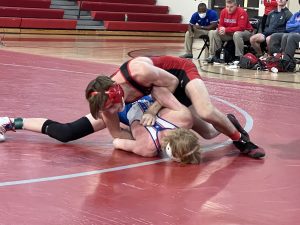 The Huskies, who finished in third place in 7A last season, won their first three matches before falling to defending 6A state champion Mortimer-Jordan High School in the first-place match, 46-27.

The tournament is considered the first major event on the Hewitt-Trussville wrestling schedule, one that head wrestling coach Chris Pike says sets the tone for the meat of the schedule.

“I think we had a pretty good day,” said Pike. “I’m really pleased with our performance overall and I think it puts us in line with where we want to be right now.”

Hewit-Trussville began the duals-format tournament with a decisive 69-9 win over Daphne. The Huskies went on to defeat Sparkman, 64-15, and Homewood, 45-27, advancing to the first-place match with Mortimer-Jordan.

Despite the loss to Mortimer-Jordan, Pike sees plenty of positives to build upon for this young Husky squad that graduated 12 top-performing seniors last year

“We’re going to continue to build and grow and get to where we are capable of competing with anybody, anywhere,” he said. “We’re still learning the definition of the word ‘competitiveness’ but we’ll be in the mix by the end of the season.”

After the Thanksgiving break, the Huskies will be back in action at Mountain Brook High School for a meet against the Spartans on Tuesday, Nov. 29, and will compete in the Gardendale Invitational at Gardendale High School on Friday, Dec. 2, and Saturday, Dec. 3.