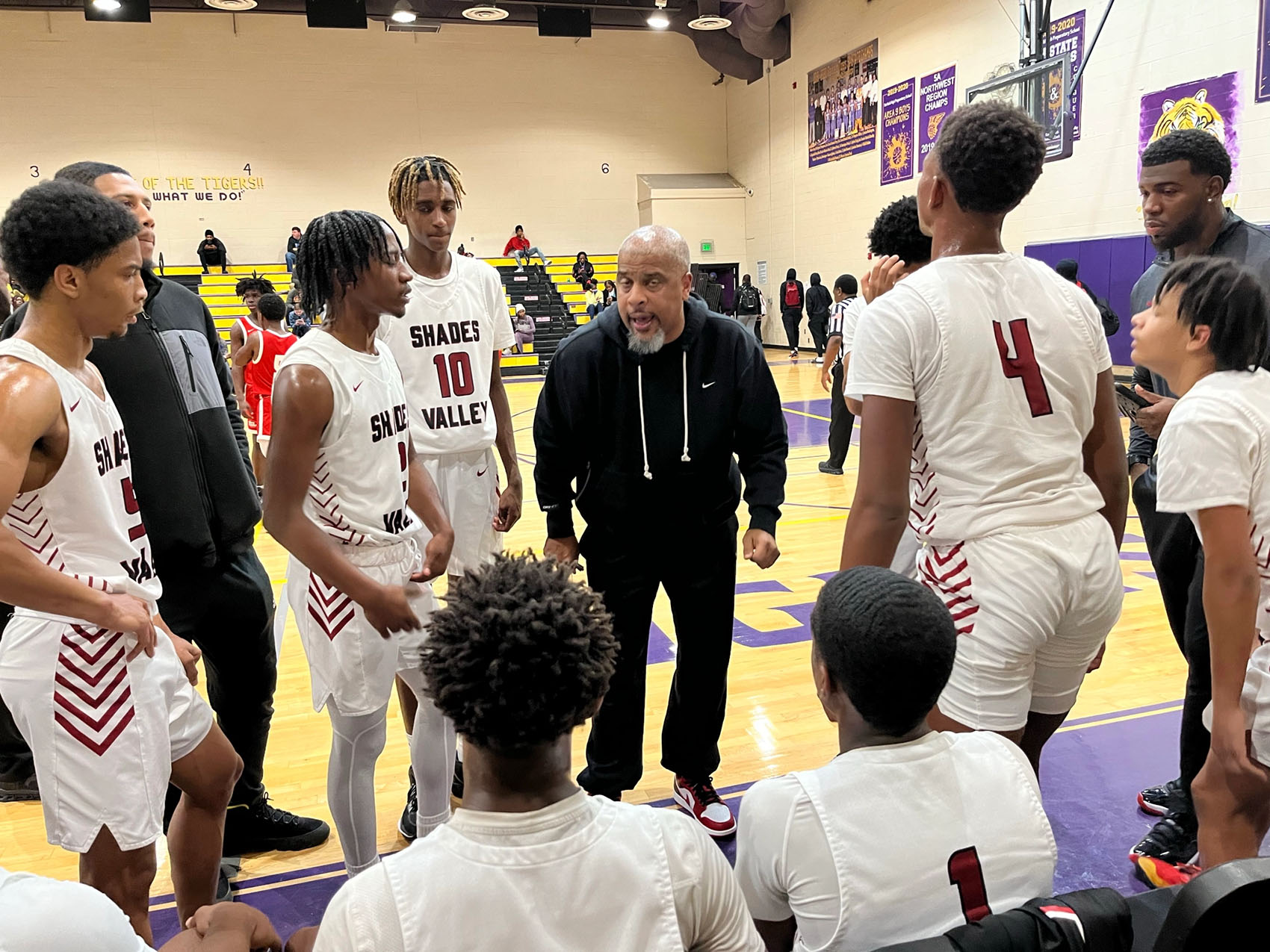 By John Goolsby, For the Tribune 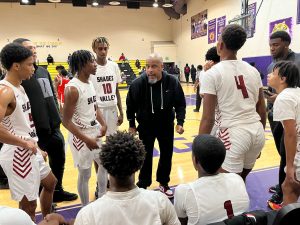 The Mounties faced off against the Lee Generals of Montgomery on Monday. The talented 2020 7A state champions downed Valley 54-37 in the opening round. JaMarcus Jackson led the Mounties with 12 points.

Shades Valley, missing two players due to injury and illness, then dropped a tight game to Jackson-Olin, 36-37, in the consolation bracket Tuesday morning.

“Slow starts are beginning to really hurt us,” said Mountie head coach Audwin Howard. “The past two or three games, we’ve gotten off to slow starts, and it is starting to catch up with us.”

The Shades Valley program, in the third year under Howard (160-85), opened the season with wins over Huffman, Minor, and Carver, and a loss on the road to Clay-Chalkville.

The 2022-23 edition of the Mounties, led by senior guard Sean Crawford, is looking to improve on last year’s 17-9 record.

“We are a small-stature team,” Howard said. “We are going to be a very uptempo team that shoots the three ball and plays pressure defense.”

The Mounties have several threats behind the arc. Freshman Jeremiah Williams hit 57 three-pointers as an eighth grader last year.
Shades Valley will face Mountain Brook, Woodlawn, and Pell City in Area 10 play. The Mounties will also face Gadsden City in the 256-205 Challenge on Jan. 28.

The tough non-area schedule will pay off for the young Mounties later in the season.

“We will keep working; our best basketball is ahead of us,” said Howard.

Shades Valley will travel to McCalla to take on the McAdory Yellowjackets on Tuesday, Nov. 29, and will back at home to face Pleasant Grove on Friday, Dec. 2.